So this Egyptian Muslim Sheikh.....a different type of Muslim...put out a Fatwa this week. For those of you from Ripley.....Fatwa's are kinda like a Baptist minister's direct order or regulation. If you were a solid member of the congregation.....you'd obey that word without any issue.

The Fatwa? Well.....this guy said that you as a Muslim.....could sip some .5 percent alcohol....where normally booze is forbidden period. Apparently, this guy read up on Muhammad and decided that there wasn't anything truly written except not to make a big fool out of yourself when drunk. For alot of Muslim guys....who mostly losers....this was probably the best news they've heard in years. I'm guessing a bunch of the fellows quickly got out on the street and was sipping a fair grade of beer and chatting about Britney or Paris within two hours.

With a limit on beer....of .5 percent.....it'll take a few beers to get you drunk. Sadly....Danish Elephant Beer isn't readily available throughout the world.....which is .8 percent and a dandy beer to get wasted on. Consider also, Elephant Beer comes in giant cans....easily 20 ounces. So three of these will start a good evening. I'm betting a bunch of the Muslim guys were wasted by midnight and probably had to be taken home by the burka-clad wife, who got all upset about the chatty drunk husband comparing them to Britney.

I'm guessing this Fatwa won't last long....and this Egyptian cleric will be fired or sent off to Milwaukee. So you Islamic dudes better enjoy this as long as you can.
at Monday, April 14, 2008 1 comment:

So Put Yourself In this Position 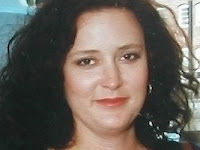 You are female. You joined the navy in 1986 and over a seven year period, you got your degree....and then became an officer. You were married, and even had three kids. Things didn't work out.....so along the way, you got divorced and left the kids with the father. You owned a house in Georgia....which you owed money on.

As time passed, you dug yourself into debt. You couldn't climb out. You end up having three mortgage situations on the Georgia house. You owe $58k on credit cards. You are paying $1,750 a month on alimony and child support. You spend around $700 a month traveling back and forth from your real job in Maryland, to Georgia, to visit the kids. Your salary of $93k per year as a Lt Commander doesn't cut it. You end up at a point of declaring bankruptcy and trying to hide this from the military. You owe upwards to $275k minimum to various banks and loan institutions.

You meet someone who arranges escorts for gentlemen. Course, this isn't New York or Elliot Spitzer....so the normal $2600 that you might have made as escort in New York....is far from reality in Maryland. Here....you make $275 for a 90-minute session. The $2000 that you might make in a month even on a part-time basis....barely even helps you make the stupid credit card payment. Life is pretty miserable......until one day....you get discovered.

So is the life of Rebecca Dickinson, Lt Commander, at the US Naval Academy. They used Rebecca to teach ethics classes....amongst her duties. Currently, she is being drummed out of the navy.....just a few months short of her twenty year career apparently. Some folks think....they may actually screw things up and have to allow her to retire and collect a pension. At the current of things....that pension would barely cover $2300 a month. So Rebecca is in a bunch of trouble. Its hard to see an appropriate ending to this.

My guess? She will end up back in Georgia....working for some real estate office and probably happy to make $40,000 a year....and live a very quiet life from this point on. I've known dozens of people throughout my AF career....who got into serious financial trouble.....and simply weren't capable of grasping how far down they had fallen. The fact that she was a Lt Commander doesn't surprise me at all. Considering the necessity of making money and somehow surviving.....there aren't too many choices about what you might do....to keep yourself going. So it is in America tonight.
at Monday, April 14, 2008 1 comment: