So while we thought the bogus Bigfoot story was done....it really isn't.

The two dudes who did the hoax....were out of sight until this morning. The dude who was a deputy on medical leave during this entire period....fired....his boss announced that yesterday. Today, the dimwit who paid these two $50k....say he wants them in court or jail. The two hint that the Palo Alto dimwit knew this was fake from the start.

The problem here....as a bright law enforcement fella said yesterday....there aren't any laws about Bigfoot, real or fake. He is kinda wondering what kinda contract that the two signed and just how valid that will be in a Georgia court.

I sat and pondered this. If the rich dimwit sent a contract to the two via fax or email....and they signed in Georgia....it'll be questionable if its valid. In California? Well....this dude thinks that the California legal system will really care, but I doubt that. And if you bring it into a jury system....knowing Californians.....then this mess could go on for months (remember the OJ case).

So then we come to the real court case that might make some folks come back to reality. If the two stand up and readily admit that there just isn't any Bigfoot in America....and the court agrees....then the Bigfoot legend dies that day. There will be no more Bigfoot.

This dimwit in Palo Alto might want to think about this. The naive public in America has been buying this stupid story for forty years or more. If you could ever find a moment where the legend could finally die....this would be it.

The two Georgia rednecks? I'm thinking they just might be willing to finally kill off the legend and let America get back to reality....mainly....just believe in aliens and cattle mutilations.
at Thursday, August 21, 2008 1 comment:

The Tool To Bring the Russians Out 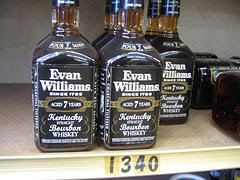 So I've pondered and pondered this slow Georgia stall for days, and now I know the answer.

Obviously, no commander really orders these drunk Russian solders to do much....even a general. So lets use the US Air Force to perform "Operation Tidy Booze". Its my name....I didn't really care for "Operation Freedom Eagle" or "Operation Blue Sword" or "Operation Liberty Bucket".

So this is what we do. We palletized seven hundred pallets of cheap booze....not the costly stuff from Jack Daniels....but the really cheap stuff from Arkansas and West Virginia.....the $13.40 a bottle wretched stuff.

Put four hundred bottles on each pallet. Then we put a parachute rig, that can guide the pallet in a certain direction. Then we prepare to start dropping these pallets out of a cargo plane at 40,000 feet....far enough away to prevent missile launches....and let them drift ten and twenty miles over the border into Russia proper.

We let all those drunk Russian soldiers know that we've dropped seven hundred pallets and even give them tracking devices to find each pallet. You figure we are talking about two hundred bottles per pallet. So you can figure that there will be a huge race....with commanders trying to stall the boys....but these dimwit Russian solders won't care....they want the booze. They will march all night and do thirty miles a day with a full rucksack.

Within twenty-fours after the airdrop, every single tank and APC will be out of Georgia. Russian commanders will be furious at the US Air Force and America....for bringing temptation and booze to their dimwitted troops.

After five days.....we drop another seven hundred pallets another fifty miles inland....and watch them move further away from the border. There will be more complaints....and the Russians will even bring us up on charges in the UN of corrupting their poor wretched troops. We will simply smile and toast the boys with real Kentucky bourbon as we vote to stall the UN discussion. We'll even share more whiskey with the entire UN membership.....from a seven-hundred pallet delivery out front of the UN building.

Single-handledly, we drive the Russians out of the country, with American whiskey. Then we boost the American whiskey producers and their stock goes up. Then we even give out pallet after pallet of whiskey to the poor Georgians who have suffered.

In the end.....American whiskey saves the UN, Georgia, NATO, George Bush, Putin, and even Katie Couric who personally toasts everyone on her final day with a tall glass of straight whiskey. America's whiskey industry even gets put up for a Peace Prize....but then loses it to Bill Clinton for his wonderful peace effort in the 1990s.
at Thursday, August 21, 2008 1 comment:

Senator Ted "Corruptible" Stevens....our bad-ass Republican senator from Alaska....got the unhappy notice from the Fed court....that his entire case will be heard in Washington state....NOT Alaska as Ted had hopped.

You see....this is an election year, and ole Ted really wanted to stand around in court and then go out to campaign in the late afternoons. Well....this is what Ted told the Fed judge presiding over his corruption case.

The truth is....if the court is held in Alaska, then Ted could bring in old legal friends and associates to pressure the court to side on his case. In Washington state....Ted really doesn't have too many friends.

The truth of the matter is that Ted stands to lose this case and likely get some jail time....I'm thinking twelve to eighteen months. The curious thing is that Ted's entire campaign is kinda lost as far out as you can get. Ted really needs to let go and allow someone else to quickly stand in and take his spot....but at this point in the campaign, its virtually impossible to talk him into this. So he is assuming he will win....maybe by a marginal 51 percent....then resign to let some other fool take charge.

The question will come after the conviction....how many of these bridges, public buildings, and airports named after Ted....will then change their name because of a convicted felon situation? Thats the curious thing for Alaskans to consider.
at Thursday, August 21, 2008 1 comment: