It Was the Fifth of December

Today....a significant headline appeared: "The U.S. economy has been in a recession since December 2007, the National Bureau of Economic Research said Monday".

This was apparently decided upon by NBER, a private, nonprofit research organization. Naturally, it has a bunch of academic economists (mostly former graduates of Harvard, Yale, Princeton and Colombia business schools)....who determine when and how financial affairs occur....then they they decided that the U.S. recession began last December.

I, myself.....have kinda felt that way since 13:06 on the fifth of December 2007. It was the moment when I walked out of Burger King and then noted that the King Whopper menu had gone up thirty cents over one month. This coupled with my purchase that morning of a 32oz Mountain Dew at the cost of $1.25 (a ten-cent increase), drew me to enormous conclusion. At that moment.....at 13:06....I felt my hands trembling and kinda wuzzy. I might have puked....but I just ate a burger and I'm sure not going to toss that up. It was recession....damn recession....and the end of times was coming.

This is kinda like the idiots who knew 9-11 was going to happen but decided not to say anything. After you sit and pause for awhile....then you start laughing at the world around us. I might as well go ahead now and predict that the New York Yankees will win in 2009.....or that GM will fail as a car maker.
at Monday, December 01, 2008 No comments: 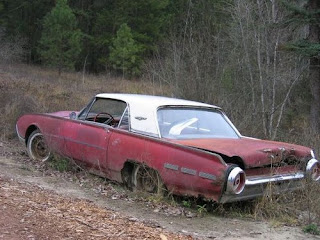 Today, in a moment of wonder, Ford announced that it is putting its Volvo unit up for sale, as part of this attempt to get cash ASAP from Conlgress.

It is rather shocking that they would say "now" Volvo is up for sale. In the auto community....Volvo's unit has been on the block for sale at least twelve to eighteen months. Volvo has drawn zero interest during this entire period. No one wants to buy the car maker because they simply can't make profitable cars. The curious thing is that they can make the safest cars on the road and Ford has enjoyed a serious improvement in safety by taking Volvo designs into their own car program.

At this point, Ford is a waste....sitting on the side of the road.....and I doubt that anyone will talk serious about buying up Volvo. What could happen is the Swedish government walking in and trying to buy a major amount of stock in Volvo....to keep the company going. Whether that would make Ford happy or not....is unknown.

The amusing thing here...is given a choice of a Volvo or a Ford....there is no choice....take the Volvo. The Ford guys are dead in the water...but at least floating (unlike our GM or Chrysler friends). At this point, anyone with cash....even Pepsi or the Russian mafia....could likely buy Volvo. 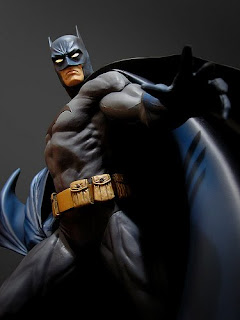 Over the weekend, it was announced that the comic guys have terminated Batman....once and for all.

He apparently dies in a fiery explosion in the sky...by Simon Hurt. What made this a bit of a twist...was that Simon Hurt as the father of Bruce Wayne...who'd long thought dead...but he wasn't. Although there is much confusion in this entire episode. The only thing we can be absolutely sure of...is that Batman is dead (you'd like to believe that...but folks...based on the story angle spoken...I don't believe for one moment that Batman is truly dead).

Frankly....not for an instant do I believe in the death of Bruce Wayne or Batman. A year may pass as we watch Robin move up the chain...and likely become a failure as Batman....and then to clean up the mess (thus firing Robin)....the old Batman emerges from the shadows. Robin is the guy who is finished in the end...or becomes a bad guy....or marries up with some third-rate hooker from Central City that the Flash dumped.