My Application for New York Senator 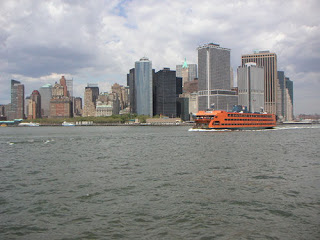 Seeing how New York is not particular about property ownership or residence in the state to be a US senator for the state, and the fact that Caroline Kennedy has thrust herself into contention for the job, I've decided to THRUST myself also incontention for the empty New York senator job.

I realize this may shock some of you....knowing I'm all-Bama and I have this love-hate thing about New York City. Its a difficult decision....knowing that I'll have to relocate to New York as part of the deal and probably have to learn New York-ize as a language. It'll also be a problem in walking around New York City without a fear deep in my heart of being robbed, stabbed or beaten. I'm also not much of a Yankees or Mets fan (the Braves are my team).

I've paused over this topic for at least ten minutes and believe that the time has come for me to step into the mess and square away the mess in the Senate....and why not represent New York? I can be just as big a pretender as Hillary or this Caroline Kennedy-gal. I can't name more than twelve cities in the state, but neither can these two dimwits. I can't tell the difference between abstract art and monkey art.....but does that really matter?

My plan, if appointed...is to quickly move up to upstate New York....to Buffalo....and be "the man of the people"....mostly regular New York Joe's of America (similar to the Joe the Plumber, Joe Six-Pack, and Joe the Pirate). I will run a theme of "CHANGE", although I'll pretend its change of a mostly unknown variety that folks have heard about and would like to have....just that they aren't sure what the hell it is. I'll make sure I'm always quoting dead New York political figures and New York Yankees managers....to liven up the audience at the senate chamber.

I'm pretty sure that Wolfe Blitzer will give me a invite up to his show....provided there is ribs and bar-b-q served afterwards. I'll even appear on Barbara Walter's show....provided she gives me one of those special "winks" on difficult questions so I can just pass on them.

The best part about this deal....the real New York political figures get a way to slide out of the national mess being handed to them. No real self-respecting New York democrat really wants Caroline Kennedy in the office because she never paid her dues. And the idea of her getting this deal because Obama said to give it to her....just riles these guys a bit. So naturally, I am the solution. I'll stick around for two years....eat lots of cheap steak at the senate cafetaria and drink as much free booze as possible...before I retreat back to Bama in January of 2011.

So, for you kindly folks from the Bronx....who'd like to fix this problem real simple and avoid this Kennedy gal....give me a shot. What'd you got to lose?

This is the best rendition of Sweet Home Alabama, that I've heard in years.
at Saturday, December 27, 2008 No comments:

It Only Happens in Bama 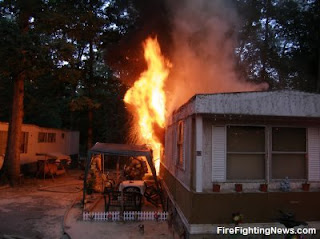 Things like this....only happen in Bama. Apparently, the Mobile cops got this call on Thursday afternoon. It was a fire.

From what the cops can figure out....this 45-year old guy....Lawrence Edward Lee....got all drunk on Christmas day. The cause of the drinking centered around not getting a Christmas present. So he eventually got drunk enough, and mad enough....to set fire to his mobile trailer.

Based on comments by the cops....they will charge Lawrence with with reckless endangerment and public intoxication. My guess the two charges will be accepted by the guy rather quickly and two weeks of jail time will be dispensed. Lawrence needs the jail time, primarily because of limited living accommodations right now. I'm guessing he has made a name for himself and it'll be hard to find rentable property over the next couple of months while folks remember him.

Sadly, some Bama relative will be called upon to help Lawrence out. Thats the sad part about this story....because they will have to overlook his tendency to burn living accommodations up. I might be willing to give him a blanket and tent to sleep out back....but I wouldn't let the idiot in my house.
at Saturday, December 27, 2008 No comments:

Just Another Day in Birmingham

I don't usually blog much on murders....especially in Bama. But this week....murder number 84 in Birmingham occurred. The cops were called out to a car at Lomb Avenue's McDonalds on Friday morning. Inside was Charlie Williams....all of 81 years old....shot dead in his car around 6AM. Its a pretty crappy way for a 81 year old guy to die...getting up early to get breakfast at McDonalds...and getting shot in the car.

For most of us from Bama....we don't brag much about Birmingham. Its like going to New Orleans, except without the booze, partying, and fun. You find mostly drugs, turf wars, and neighborhoods that are war zones after the sun goes down. If on the interstate and entering within ten miles of the city...you stay on the interstate until you've left the town by at least ten miles. You don't pull over or stop for gas...for any reason. Real people don't live in the city anymore...they've moved out five to ten miles away...to avoid the city situation.

Most folks who live in Birmingham....carry firepower and limit their movements after dark. If you are out after midnight...you are likely increasing the odds of your demise.

Whats sad here...is that this was a old guy just out in the morning...seeking breakfast at the local McDonalds. Nothing more. He ran into the wrong character...got shot dead in the parking lot. The cops won't solve it, and if we are lucky....we might only have one more murder between now and 1 January...but thats an awful lot of luck. For an old guy like this...he didn't deserve this kind of situation.

Fixing the problem? Forget it...the local political figures need the problem...to exist. The cops keep asking for more money, more manpower, more cars, and more training...but it really doesn't figure into the statistics. You'd actually have to arrest the guys...convict them...and put them away for twenty years....to have an effect on the city. No one wants that. So my advice for those traveling south and making way through Birmingham....gas up way before the town and don't stop for any reason.
at Saturday, December 27, 2008 No comments:

The Curious Case of Caroline Kennedy

Since early November...we've kinda known through various public outlets that Caroline Kennedy intended to take Senator Clinton's position in New York. The grand plan, for those who haven't figured it out...is to replace Biden in 2012 with Senator Caroline and proceed onto the race in 2016 with a upper hand. Its a great plan, with only a couple of small problems. Support within the state of New York...isn't forthcoming.

For the past month, its been discussed in New York papers....and its hard to find a true New Yorker who is a supporter of this entire idea. Oh, theres Bloomberg and a couple of the national guys who have spoke out in favor of her. Strangely enough, Hillary has kept her mouth shut because she really doesn't support the 2012 mission.

Then you start to look over political fund raising, which Caroline has done alot of in the past six to eight years. Other than City Council Speaker Christine Quinn ($1,000)....Caroline hasn't helped a single state-level individual with fund raising. Its been all national-level work. So this lack of effort to help the local Democratic party hasn't helped much.

Then we have the questionable voting record. Records do indicate that she has rarely shown up to vote for any of the state or national elections. That brings out more questions amongst the regular New Yorkers.

I'm still betting on Senator Caroline carrying her position through and the governor coming to a state of reality that he can't deny her this opportunity. The only issue left is to win the 2010 Senator race that will be generated out of this deal. To do so...she has to campaign and make public speeches...which hasn't been one of top talents over the past thirty years. So when you think the race is over...it really hasn't even started in this case.
at Saturday, December 27, 2008 No comments: