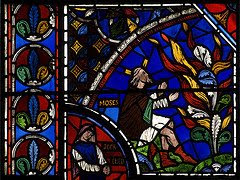 There was a great cartoon over at Candorville today....one of my more favorite cartoons. The cartoonist took President Obama and replaced him with the "burning bush"....thus making him "holy" and untouchable.

I spent a minute or two looking at it, and have to admit that it really does hit on the nerve of things going on in DC over the past month. You feel like some folks are walking around with some religious experience going on....acting like the "burning bush" was actually talking to them and making life better.

Whatever the "burning bush" says...is holy and not to be argued with. Moses was wise enough to know the Lord's words and to find purpose in them. CNN? I really doubt that they can function as "Moses" in this case, and their wisdom? Alot less than Moses....that much is clear.
at Tuesday, February 17, 2009