Ten Bits of Advice From a Bama-ite

I'm addressing this to President Obama....after seeing how badly he has stumbled over the past ten days....and thinking he might need some honest advice from a Bama-ite.

First, if you really want folks to think you are above the "mess", then don't drag out Rush Limbaugh's name and tell folks that you are in the midst of the "mess" and fighting Rush. You can't have it both ways. This is kinda like telling folks you went to a bar last night to preach a bit and save souls....then came home drunk with a transvestite.

Second, if you could hustle up those Russian guys to invade someone....to get the news focus off Pelosi, the Senate, the stimulus package, and Rush Limbaugh.....then it might help.

Third, charm is kinda like trailer trash....you can accept things up to a point, then its best to move on.

Fourth, any imitation or behavior that even remotely makes you look or appear like Jimmy Carter.....isn't going to help. Its best to dump that act as quickly as possible. Folks still remember Jimmy, and its not a positive picture.

Fifth, if any reporter begins to ask you if you read the 700-odd page stimulus package....its best to just wink and grin like Minnie Pearl.....maybe the reporter will lose his train of thought and forget the rest of the question.

Sixth, if you can keep hiring senators left and right for the cabinet, Czar-positions, Vice-President, or special assistants.....sooner or later.....you will actually hire the one actual competent senator in the senate.

Seventh, saying "I screwed up"...several times....is ok when talking to Baptist minister, mother-in-law or National Guard Captain. But if this is to some Fox News or CNN dimwit.....it ain't helping.

Eighth, reminding folks "I won" is ok as long as you have the senate and house in your favor. When they shift to the other party, folks tend to remember stupid comments. Select your words wisely and act like a mature leader.

Ninth, the election ended in November...if you still want to act like its campaign 2008.....making campaign speeches daily.....go for it....but this 2009 bus has pulled out and you'd best be on it.

Tenth, only a suggestion....but pull out the dictionary and study up the word "bipartisan". Read it five or six times. If you aren't sure how to use it....don't use it.

To be honest, most folks from Bama really wouldn't care much to be President. It'd take time away from bowling, porch time, pro wrestling, fishing, hunting, mending fences, castrating cattle, gardening, bar-b-q's and church. Seeing as how you wanted the job....you might want study up for the position.
at Saturday, February 07, 2009 No comments:

Email ThisBlogThis!Share to TwitterShare to FacebookShare to Pinterest
Labels: obama 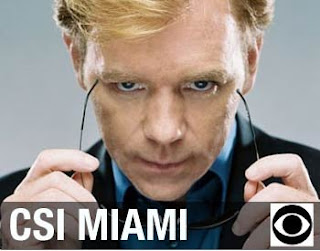 Update: No senate vote till Tuesday? But the Presidents press conference continues on?


So this is the dilemma. The senate is apparently meeting Saturday, and will attempt the vote over the stimulus package. Expectations? It'll pass....barely.

Here is the amusing part two to this whacked up episode. The President wants to have a national press conference to brag and smile about....on Monday night. Yep.....this is the one night of the week that the networks tend to make money. Time? Right in the prime of things.

Happiness factor with the networks? They are quietly hinting that they aren't happy and they'd rather not face this.

The President's staff? They need pump-up right now...to recover from the past two weeks of dismal political talk. The public and media beliefs are less, and possibly draining slightly.

The cost to the networks? Millions, if they pull off the absolute money-makers they have scheduled.

I checked....CSI Miami, The Bachelor, and Heroes are the heavyweights for that evening. Lifetime is featuring Wife-Swap. CMT is featuring Extreme Makeover.

Adding up what they expect over the next month...there will be three of these potential interruptions. The networks....frankly....can't survive this kind of disruption. So they are likely playing a very harsh game with the Obama team....give up one of the Obama shows....or we might just not carry it.

The state of the union episode is kinda mandatory and I can't think of any network from the big three which hasn't run the "show". Frankly, half of America doesn't care and I seriously doubt they'd watch it...they'd even turn on the Pro Bass Channel to have something more entertaining.

As one network guy said: "His economic stimulus package apparently does not extend to the TV networks."

If Bush had called for such a Monday night deal? Zero participation, my honest opinion. The amusing thing here....if this was in the midst of NFL football...on Monday night....the game would have been carried, and no one would have watched the President.

So there are two questions here. Does the president get anything out of a 50-minute news conference where some reporters might ask stupid questions? And....given a choice....would you prefer the President's stimulus chat or CSI-Miami? I'm guessing your answer.
at Saturday, February 07, 2009 No comments:

Sam Donaldson's Comments over the Week

There was a forum this week...which Newt Gingrich and Sam Donaldson of ABC News sat in upon. It was unusual to see Sam Donaldson in mostly broad agreement with Newt. On a fair number of occasions, you do get independent analysis by Sam, and its worth reading. I went through the commentary and was amused.

Sam's comments? He talks over President Obama: "He's making the mistake of not knowing how this town works. He hasn't dealt with Congress well. I think President Obama has not yet demonstrated the kind of leadership Reagan demonstrated time and time again with a smile, affability. He hasn't found his sea legs yet and I don't know whether he will or not."

Over the past week....I'd say that the analysis of Sam Donaldson is mostly correct. Expectations were high, and I suspect in a month....we might all lower our expectations a bit. We keep waiting for a massive positive change, and its really not appearing. But the reality is....we are barely into this new administration, and new congress. I'm hoping four months from now....we have something better to say....but I have doubts.
at Saturday, February 07, 2009 No comments:

A View from Afar

The stimulus package (fairly trimmed) is on the verge of passage. They rounded up three Republicans and appear to have the 60 necessary to pass this. There might even be a Saturday vote....to get this out of the way before the Sunday talk shows.

Whatever "turbo-power" that President Obama had from day one....has mostly been used up. His comments over the past ten days haven't gotten this to move very far. Several newsgroups now are questioning his tactics, his manner, and his comments in public.

For the Republicans, they've discovered that they can mount a successful public attack and trigger stumbles by the administration and the Democrats. We have roughly 20 months before the next election period. If you toss in a monthly stumble....the awesomeness of the Obama administration is diminished, and the congressional election will slide toward a Republican recovery.

The term of "bi-partisan" politics? Non-existent now. If you barely talked three Republicans to cross over....then its mostly a joke, except when the President uses the term in dinners and smiling press moments.