In case you didn't notice it...even after Senator Burris said that everything with his episode was clear and honest...now two days ago, he admits that the brother of Blago called him and asked for a $10k payoff to get the senator position.

Senator Burris even goes to the extent of admitting in a document released Saturday that Blago's brother asked him for this, via a campaign fundraising effort before the governor named Burris as Illinois' junior senator.

The amusing thing is that Burris's testimony in January didn't ever reveal this episode.

Naturally....there at the state level....the ranking Republican State Representative...Jim Durkin, who sat on the Blago impeachment committee, said that there's going to be an outside investigation into whether Burris perjured himself.

Adding to this mess....is Senate Majority Leader Harry Reid who offered up his comment that Democrats in Washington who only consented to seat Burris on the condition that there were no "pay to play" promises exchanged.

If I had been Burris, I would have kept my mouth shut and just forgotten about that phone call. In this case, he might actually be asked to step down, and we go through an entire new event to find another dude in Illinois who isn't tainted by corruption.
at Sunday, February 15, 2009 No comments: 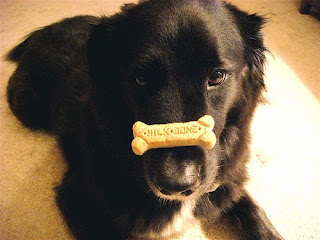 Shocking as it may be....Air Force bigwigs and officials announced last week that the old Air Force Good Conduct Medal, tossed out three years ago because it was said to be unnecessary, has been reactivated. In fact, the bigwigs decided to make the medal retroactive, so if you were a good boy for the last three years....you'd naturally get full credit for it.

For those who went wayward, got into drunk brawls, cursed their supervisors, continually were written up for serious matters, and were just plain losers....you didn't get the "bone".

To be kinda honest, the most amusing part of this deal....it was worth zero points on promotion. Yep, it was a medal you got, but it had no value.

Three years ago....the leadership stood up and said that everyone in the Air Force was expected to be good....and thusly, there was no need for such a medal. Folks were a bit shocked....no one had been asked for their opinion. This was change number 1,926 of a lotta changes since 1990....that had no real people involved in the decision. So quietly in backrooms and NCO clubs over the past three years....people whined about the termination of the Good Conduct medal....and this week....it was brought back to life.

So now, we are back onto the dog biscuit routine....you'd best be a good boy and act very disciplined, or you won't get your "bone". And for you guys who are bad boys....don't worry.....this medal will likely be remodeled in a year or two and referred to as the "Almost Good Conduct" medal....because too many of you are being bad.
at Sunday, February 15, 2009 No comments: