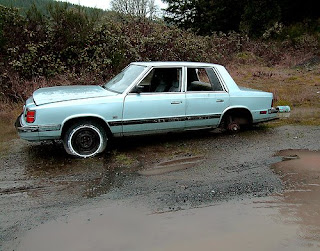 The question is....since the President has signed up to back warranty on GM and Chrysler cars.....would that drive to buy such a car or avoid such a car?

I sat and paused over this for a while this afternoon when I heard this.

Frankly....it bothers me that the US government is backing the warranty for any car. We are basically saying that if Chrysler made crappy transmissions....and they go under.....then the US tax payer gets stuck with the bill for Joe's broke transmission.

Then the question comes up....for how long? Could this event carry on for a year, two years or even three years? What if Chrysler goes into Chapter Eleven but continues to make two or three types of cars? And they reach a point where all they can do is pay for the employees and manufacture cars.....not repair them. What happens at that point?

I have a negative view of this deal. I don't think it helps the situation....but I sure wouldn't just hand GM and Chrysler $40 billion and anticipate that getting them too far in their current situation.

So for those of you with Chryslers.....I feel sorry for you....and wish you luck. But I'm pretty sure you are looking at a car that is worthless for trade-in right now....even if its just two years old.
at Monday, March 30, 2009 No comments:

Afghanistan and the New Plan 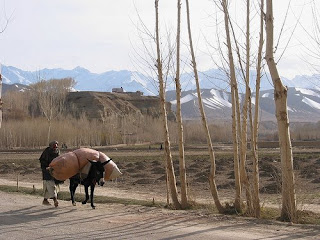 I hate to cast a long shadow against this brand new scheme....which alot of people spent weeks and weeks preparing....but frankly, it won't work.

Add up the scenario: you have a country whose main cash flow is related to an illegal crop....and you can't replace it or dump it. You have a country which is land-locked and surrounded by Muslims in Pakistan and Muslim idiots in Iran. The chief way of running the country currently....is dependent upon warlords or neighborhood "bosses". The chief momentum of change? Its a bunch of western guys....either in uniforms or in Colombia-brand jungle wear (mind you...there ain't no jungles in Afghanistan).

You want corruption? Well....there's just enough in Afghanistan to exist....but little more. The public doesn't have cash to toss for corruption....so its basically a chicken or two....or a couple of Marlboro cigarettes.

For a kid? Your biggest dream at fourteen is just to marry some girl....any girl....get a scooter.....and have your own two-room hut. There isn't much else to wish on.

The chief threat for a country like this? That's the amusing thing....a minor-league, third-rate, bunch of Muslim enthusiastic dudes....looking for some promised land where you can either shame everyone into playing your game or beat the crap out of them to play the game.

The sect? Typically lead by some sixty or seventy year-old dude...whose biggest accomplishment in life is memorizing different parts of the Koran and then repeating with ease. Oh, and toss in the fact that they are very good at public speakings....in fact....better than some folks who utilize podiums and teleprompters. If you conducted an intelligence test with the chief Islamic dude of the group....he'd fail miserably at any kind of math discussion....and probably demonstrate limited common sense....but then being a sect chief doesn't mean too much.

I dislike casting a long shadow over this Afghanistan plan....but in this case....its a failure from this point on. The better choice? Put absolute momentum into finding Bin Laden and then leaving the entire region after his capture. Someone once said that we'd go to the ends of the Earth to find Bin Laden.....I suspect we are a thousand miles from the ends of the Earth....and have been for over six years.