It’s a curious thing….now within the past ten days….economic recovery looks in full bloom. Yes, there we were in full-depression status, and then poof….we’ve moved to recovery-status. I realize this is confusing for some of you from Bama….having mentally prepared yourselves to the terrible times ahead….stockpiling firewood, buying cases of beer for the garage, and picking up lots of extra ammo….but maybe it was not necessary.

There is a little problem though with this recover-status in full bloom….the government hasn’t really spent the $700 billion bailout program (TARP, for you folks who fell asleep two months ago). I realize you might be a little shocked….all that money, and roughly 95 percent of it has yet to be spent. In fact, if you checked the wording….a fair amount of this funding…didn’t start up until next spring anyway.

So what happened in 60 days? Some folks say that the regular business cycle simply kicked in….with the help of the nice folks over at the Federal Reserve changing some policies….and of course, the banking recovery episode which has upbeat for a month now.

So, should we drag back up the TARP episode and halt half of the $700 billion or even all of it? That’s an interesting question. I’m pretty sure that Ms. Pelosi doesn’t want this discussion to arise. But somewhere out there….there are likely twenty senators who’d probably like to discuss this matter.

They aren’t idiots….they know that most folk are now obsessed about getting this free money to paint road lines, build unnecessary bridges (my hometown is one of them) and replace all the cop cars in some towns (another town in Bama is going to make this a major project…although most of their cars are two to three years old). They all expect the money now.

Could we cut it? I’m a practical guy….let the money to continue to flow….but maybe draw this out over three to four years. Give the folks of Florence another bridge….but in 2013 instead. Give New Orleans their new $2,000 paint shaker machine, but in 2011 instead. They’d still be happy, and we might save a little in doing this.

The amusing thing will be next summer, when some analyst on CNN will proudly proclaim that the recession is in full downturn, and ending by the close of 2010....all due to TARP....which to be honest...the money barely started flowing in 2009, and has only had a minimal effect in 2010. It would have been 2011 or 2012 when we started feeling this wonderful TARP feeling that the analyst describes. You can sit there....half-laughing over the analysis, and wondering what TARP was all about anyway.
at Wednesday, April 15, 2009 No comments:

You can never have enough Czars.

This week, the White House announced that we are all hot and ready to create a new position….called Border Czar.

I sat and paused over this title. Border Czar (BCz), for short.

There’s never been such a position before. Apparently, this individual is supposed to report to the Homeland Security folks and to the President….over the protection at the border. I’d be wondering what the heck that the Chief of the Border Patrol is all about….but then, maybe they picked some loser like that FEMA dude who screwed up on Katrina to run things, so they gotta protect us with another management somewhere in the system.

What does a BCz make? I’m guessing in the $150k range. He probably gets a free car….lots of travel money….hotel money….a staff of twenty odd folks, and maybe even a case or two of Pepsi each week to settle his nerves.

They’ve naturally picked some former Justice Department official to fill the post. No border patrol experience….just another attorney….if you look at this long enough. He’ll likely stay in DC all the time, and run down to Texas and Arizona every ten days to stand at some border patrol site to get pictures taken and shake hands with some kindly local folks there.

I’m guessing he’ll hold some border meetings with Mexico folks….heck, maybe even with some Canada folks too.

Homeland Security Secretary Janet Napolitano is kinda worried over this entire border episode developing. Apparently, things are going badly in Mexico, and some folks are talking about the government of Mexico falling within a year or two…with drug cartels running everything. So there is this thinking….that the border is in serious trouble. Meanwhile….the border fence that everyone talked about two years ago….which barely covers twenty percent of the border is still apparently under construction.

At some point, someone is going to finally ask why the US military isn’t protecting our borders….and this whole game with the US Border Patrol and the political figures is going to crumble fast. In the real sense of the word….if you can’t protect your borders, then your republic is in danger.

By 2015, I fully expect 50,000 US troops stationed along the borders of California, Arizona, New Mexico, Texas, and then the Gulf states. They may even have to withdraw troops from Europe, in order to make this work. There will be various reconnaissance balloons and aircraft used….and active patrols moving around on an hourly basis. The Border Patrol guys? We will admit they were useless in this campaign and then pulled back to entry stations where they should have been from day one. The folks over in Mexico won’t be happy….and will claim various insults. The truth is….we had to do this….to maintain our security.

Somewhere in DC...there’s a building manager whose just been advised to start preping up these nifty new office area for a new Czar. He’s got the paint guys out, the sign guys hanging new signs, and a dozen new Fords parked in the parking lot out front for the big guys under the Czar. There are two or three secretaries doing interviews, and two guys named Larry who are on the short-hire list to be the Czar’s top aid-in-chief. The truth is....if you asked any of them where exactly the border starts or ends....they'd call up the border patrol guys to get an answer.....so why bother being a middleman?
at Wednesday, April 15, 2009 No comments: 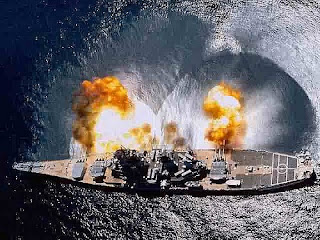 The quotes by some Somali pirate dimwit:

"We will seek out the Americans and if we capture them we will slaughter them."

"We will target their ships because we know their flags."

"Last night, an American-flagged ship escaped us by a whisker."

"We have showered them with rocket-propelled grenades."

At the end of the day....when the sun is setting on the horizon....and a dozen pirates think they've taken on some halfwit force and kicked their butt....there will be this magical moment when they stand there in awe of just how much the US Navy can accomplish in a blink of an eye.

The movies, the action-packed moments, the legends? They might be worth thinking about. If you are a poor Somali dude, with no hope for the future, and just a death wish to die....there might be finer things to do. To stand and make some dimwitted threat, and think that you can measure up is pretty sad.

So tonight.....somewhere along the Somali coast.....a hundred men are sitting there and boasting. In a day.....a week...or month.....they will all likely be dead. They've doped themselves and their friends in to various stages of foolishness. They are deadmen walking....nothing more.
at Wednesday, April 15, 2009 No comments:

For the past year….I’ve been all happy over the coming “green jobs” that everyone chatted about. Al Gore discussed them….and President Obama has made green jobs a major focal point of his administration.

This week…..a new report came out of Spain from some awful smart guys. Spain, if you don’t remember the speech by the President….is surging ahead on these green jobs and really setting the stage for the future.

Gabriel Calzada Alvarez is the guy who wrote the report over green jobs in Spain. He’s a professor, which means he kinda knows his stuff. Gabriel says for every green job that's created with government funding, 2.2 regular jobs are lost. I kinda sat there shocked….you lose 2.2 jobs for each job created. Then he added something that really was unsettling. Only one job in ten with the green jobs….ends up being permanent.

The curious thing now….the US is putting billions up…..to start the same program in the US.

My advice, if green was so dang good….it’d draw customers and naturally build its own industry. A capitalist society thrives in such an environment. When you force such a move, without the customers or the desires…..then whatever good you intended….goes down the drain fast.
at Wednesday, April 15, 2009 No comments: