For the past week...this phrase "First 100 Days" continues to come over and over on the internet and the news. I am rather surprised that this has been like some happy-slappy-dopey moment....where you've had a bit too much Jacky D's mixed with your Pepsi mixture.

I sitting there and wondering if people ever measure me over my first 100 days. If they did....what then?

Did Socrates get graded as a philosopher on his first one hundred days?

Did Henry Ford get graded as a CEO on his first one hundred days?

Did Billy Martin get graded as a baseball manager on his first one hundred days?

Did Jon Stewart get graded as a comic news analyst on his first one hundred days?

Did Jesus get graded after just one hundred days?

After a while, you start to discard this idea and the magic number of one hundred. If you have these kind of expectations from people....they are likely walking on imaginary water, and your imagination runs a bit free.
at Wednesday, April 29, 2009 No comments:

Today, we learned that sixty percent of American folks....typically citizens...but sometimes non-citizens....live in an area with unhealthy air pollution levels. After reading this....I felt kinda shocked. I mean....all that weepy stuff we do....the green push....the hard-ass laws on air pollution and quality....and then the American Lung Association comes up and says this today.

I looked over the list of twenty counties that they listed in Bama....noting that they failed to list Lauderdale...my home county...which was rather shocking. Then I started to notice that a bunch of Bama counties got a grade of "F"...which is confusing like hell to me.

You folks in Shelby county.....you're screwed. You're dying daily over there. Same thing for you folks in Madison county. The curious thing about this statistical display....is that I can go just about anywhere in Bama....and its damn fine air. If you were in LA....you'd beg to breathe Bama air....even down from some of those chicken-processing plants or down from a hog farm.

None of this made much sense. So I eventually started wondering if this was bogus collected data? I looked for an explanation as to how they collect data....but they didn't want to explain that part. So I looked for spreadsheets and the daily count....and that wasn't listed either. Usually....if you want to juice up and just pump people up.....you avoid explaining how you reached your conclusion, and these fine folks at the Lung Association did a damn fine job on that.

So here's my conclusion based on their data....sixty percent of us live in areas where there is trouble. We need to forcibly move folks from those areas to the other forty percent....and make folk's lives improved. Surely, you folks over in Shelby county.....if the government came up and said you needed to move over to New Mexico.....you'd all jump in the government bus and move.....right? And if you lived in southern Mississippi, and got the post card from the government.....pack up in a month and move to Montana....you'd move too.....right?

I guess I'm going to be in trouble with my moving idea. Plus we wouldn't want a bunch of Bama folks moving out to New Mexico and bamaizing the region there. It'd be a harsh thing for those folks to get used to NCAA football and NASCAR.
at Wednesday, April 29, 2009 No comments:

All in a Word

Apparently...the PC crowd have piled onto this. Yesterday....at some news conference...there was dimwit Homeland Security Secretary Janet Napolitano and Agriculture Secretary Tom Vilsack going back and forth....referring to it as the "H1N1 virus."

Tom even said: "This is not a food-borne illness, virus. It is not correct to refer to it as swine flu because really that's not what this is about."

Then today, we have Israel...who rejected Swine Flu....saying it is now "Mexico flu" because Jewish folks prohibit eating pork.

Various associations are using other wording.

So whats the problem here? Anybody got issues with Swine? I can't of anyone from Bama who would have an issue. Most folks from Texas would say Swine. I even think most folks in Mexico would say Swine.
at Wednesday, April 29, 2009 No comments: 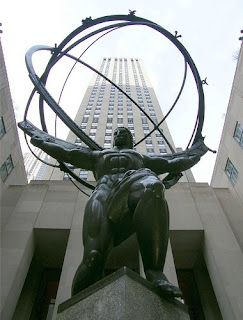 "Where is John Galt?"

A long time ago...1957....Ayn Rand published a book (Atlas Shrugged). It was a 1,100-page book that 99 percent of us would have immediately laughed at the size and then said ‘no, we didn’t need to waste our time reading it’. The problem was....it laid out a vast philosophy over libertarianism and the free-market. Government was never the answer to any question.

Its central character....a guy by the name of John Galt.

For some reason, sales of a 50-year old book started to pick up last year....with almost 200,000 copies. In four months of 2009....it’s already done the same amount of sales. The fact is....the public is reexamining In the midst of the credit crisis and the federal government's massive bailout plan, the works of Rand, a proponent of a libertarian, free-market philosophy she called Objectivism, are getting new attention.

The thing about this book….and Ayn Rand’s entire vision….was about selflessness and the act of pure capitalism. Some will argue that capitalism, in pure form….doesn’t work. We tend to look for shortcuts and sell people damaged goods on occasion with no fear of issues later. But then if you looked at the broad lesson of selflessness, then this great virtue would help fix the wrongs (if used correctly).

Selflessness speaks of pity, pardons of blame, and humankind.

So when you see a bumper sticker of “Where is John Galt?” and you wonder where he went….look around. He didn’t really leave. He was fictional in nature, but if you followed his lead….there are hundreds, thousands, and millions of John Galt’s out there….if you just look for them. They aren’t gone. They are quietly doing what John would have asked them to do.
at Wednesday, April 29, 2009 No comments: