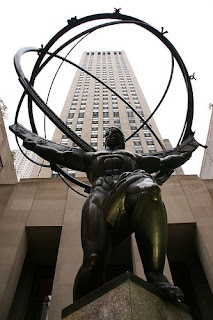 In recent days...with the nomination of a new Supreme Court judge....we've heard alot about this word "Empathy".

Its a word that isn't commonly used. I was sitting there and thinking over the past couple of days...the fact is...I've never used this word in any writing or document. If you had asked me to define the word...I would have been vague about.

So allow me to introduce to "Empathy". If you have the big "E", then you have the ability to share feelings and understand people's emotions and feelings.

The opposite of "Empathy"? After looking around....I came to realize that the book answer isn't really correct. Normally, you'd say the opposite is a person who can't share feelings or understand emotions or see people's feelings at hand.

In fact, the more I thought about it....the more I came to the word "Stoic". A guy who is stoic....is one who reaches a level of self-control...he has overcome emotions and holds philosophy near and dear to the heart. A stoic starts to reason and think in a clear and unbiased manner.

A stoic sees beyond feelings. A stoic comprehends emotions but doesn't allow them to become part of the final decision.

So in a court situation....where someone must be declared right and someone declared wrong in the end....what talent would I want in my judge? Empathy or stoic values? Empathy means that the little guy will always win in the end....there can be no other judgment but that. Stoic judgment, means that you viewed the big picture and came to a rational decision in the end.

For some reason, I'm picking the stoic character. Naturally, I'll lose in this case....because I just don't have enough empathy. I guess I've got too much stoic stuff in my system.
at Friday, June 05, 2009 No comments: