I pulled out about twenty-five minutes of clips....about 50 percent ABC info sales and 50 percent Obama sales.

Frankly, after watching the whole thing....I kept wondering what exactly did they tell you that really explained the entire package. From the clips....there just wasn't anything new.

I feel like a guy in need of a new truck whose gone to the Ford lot, walked around a F-150, but never got the spec's from the sales guy or cranked the car or driven it around the block. The image looks good, but I have no idea what the real charge is or how much is bogus from the sales guy. In fact, it was like a game with ABC....trying to tell you the least amount of information and then making you think you'd read an entire book.

The ABC sales job? The journalists involved in this project can probably get signed with QVC and start selling six-inch fishing worms via the internet. Acting in the interest of the public? If they were.....then they have lost the compass bearing and haven't seen the public in years. Were they truthful? I don't think they were worried about that.....like some doped up hippy chick....they just grinned and kept chatting.

Based on numbers.....ABC kinda gambled and lost on a massive crowd watching it. They will likely admit that they didn't do this for the numbers.....but when you really capture a dismal number of the viewing audience....then you have to ask why. This "why" is what the gang really can't grasp.

So with such a big effort by the President, and a lousy sales job.....have we come to the end of the "magic flute song"?

If I were ABC, I wouldn't invite the President back for a couple of months....and hope he regains his magic touch.

As for the health care package? The senate is the killer on this whole episode. I don't think that thy have a majority currently. In fact, I would suggest barely 44 senators (that includes four Republicans) support the President's plan in any fashion. What Reid cannot afford here....is to bring it up and then wake up to realize that he couldn't get 51 votes. If it doesn't make it in 2009....then it's basically finished for at least twenty-four months.
at Thursday, June 25, 2009 No comments:

Wisdom for the Day 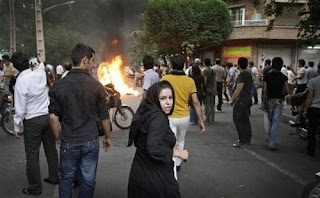 "Cease to hope and you cease to fear."