When You Lose Your Ethics 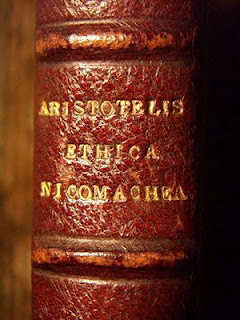 You won't hear about it via any major media group....but the big news dog of NBC....anchor Tom Brokaw....was already being considered for a White House appointment to the White House Fellows Commission....when he interviewed President Obama on the fifth of January of this year for the network. In fact, for months the network has known that he was leaving his position and taking the job....working for the White House. So last week, they finally let everyone quietly know that it was a done deal.

I read the piece...barely thirty lines...and quietly wondered if ethics were a big thing in NBC? I mean....a journalist is typical supposed to be openly neutral although we know the vast lot show their flag on a daily, if not hourly, basis.

In this case...he was likely in the front seat as early as the November election of last year. Its one thing when the White House calls up and offers you a job...effective immediately.....and when they offer a job but it's going to be eight months later when it might be announced?

So is Brokaw ethically challenged? I would imagine that he's lost and without a compass....and may have been so for years. I don't think he could explain in three brief minutes what the term of ethics means.

So I wish Tom well in his new occupation, and maybe they have a program in the White House where they actually teach you ethics. Well...you'd hope that....but that's probably a 2-minute mention at a staff meeting once a year.

Aristotle wrote a number of things on ethics and values which ought to be anchor to one's life...but I'm of the mind that Brokaw never read Aristotle.
at Sunday, June 28, 2009 1 comment:

The Cap and Trade Bill

I guessed wrong on the passage in the house. The Democrats had barely enough votes (a number of them voted "no"), but then they got a couple of Republican votes to barely get it through the house. What now?

The senate is a different playing field. Some analysts say that there are only 31 guaranteed "yes" votes presently, and that the White House will have to promise an awful lot to get the remaining twenty votes.

A short debate? This is the curious part....I think they will likely go eight to twelve hours. I believe most senators will likely deliver a 5-10 minute speech on his vote.

If special interest groups were to toss money over to senators to get a "no" vote....now is the time...with elections barely eighteen months away for thirty-odd senators.

So the scenario? I think that they might now get the 51 votes (with a cost to the White House of five to ten billion for the twenty votes, in terms of special interest funds or allocations).

But then several events are likely to be triggered. Lawsuits could be brough and drag this debate into the Supreme Court. You also could have a Republican house and senate control episode by 2012 and then they'd revisit this and attach a simple 1-year end to the bill unless they met and renewed it for a yearly thing. I'm mostly betting on this.

But there is a bigger discussion item here. The republic, as we know.....likely has come to an end this year. Between the stimulus bill and this climate bill....neither was read by a single senator or representative. The upcoming thousand-plus page medical insurance bill? It won't be read by a single member of the house or senate either.

When you have massive legislation like this.....and no one is bothering to read or comprehend it....then why even bother to meet? You could just as well sit back in your home state and cast votes from the distance. You don't even need debate because you don't know anything much about the bill to debate on. You have notes....but they were generated by your staff members who might not have read the document either. I would go as far to say that that no one within the District of Colombia....has read the entire document.

How can a guy stand in front of his own voters and then smile while he admits he passed something without reading it?

So I am of the mind that the in the year 2009....the Republic basically came to an end. It cannot function in such an environment. I expect at any point this year....in the volumes of bills being passed that someone will toss in a 3-line item that requires clowns to wear size 22 shoes or bigger...to be recognized as an official clown. Five years down the road....some kid doing research will come up on the bill passed and be recognized nationally as the "clown-guy" because he discovered how corrupted the whole bill business has become.