A Taste of France 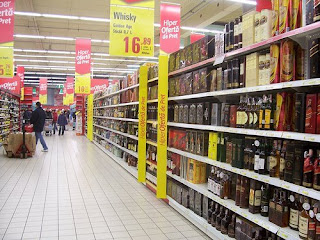 I spent a couple of hours today....in France. It's a rare thing that I cross the border, although I live maybe an hour from it and probably ought to visit more often.

This visit? I went to Cora. It's a grocery operation about twenty minutes over the border....kinda like Wal-Mart in some ways.

For me....it's a trip of fascination.

When you walk through a French grocery, you start to meet the real French people...and they aren't cultured or movie-star types. You could take ten French guys....toss them into a Bama Wal-Mart....and you'd swear they were local guys.

I'll even bump this up a notch....take ten French women....toss them into a Bama Wal-Mart, and you'd swear that they were 100 percent Bama trailer-trash gals. For those who haven't gazed upon French gals....they dress in a way to make you weep.

I realize that there is this perception of French folks being anti-American and being difficult.....but I think this has been a misunderstanding....on both sides.

When you look at the grocery section and what they buy....they buy like Americans. It's true....they do substitute wine for beer....but after you've had a sip of decent French wine....then you start to see things slightly different. Given a choice of a Bud or a decent French red wine....I'd pick the French red wine every time.

There, you've actually seen me blog it.....Frenchies are decent folks. So when you've pulled up side some tourist-looking fella in Mobile or Nashville....they've got problems....and then they utter a word or two which you realize is French....don't walk away. Stand up and help the poor French dude, and introduce yourself. Get them the help they need....and if they make you aware of some hunger pains.....go all out and introduce them to catfish. They just might become your best buddy, and maybe even introduce you to their cousin....Cerise.....and she might utter a French phrase or two that would melt your heart away (it might be French cussing, but heck, it don't matter).
at Friday, July 03, 2009 No comments: 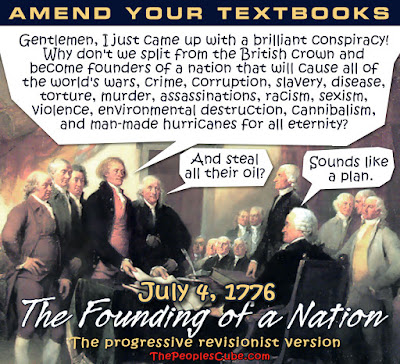 Appleton and the 4th 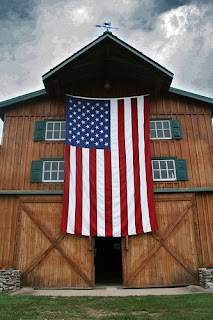 My 4th of July memory is 1976 and spending the day at Appleton, Tennessee.

There was the traditional pots and kettles of beef, chicken and goat stew. There were the baseball games played in the afternoon. There were the old gentlemen standing discussing politics, farming, deaths, and opportunity. As the afternoon wore on.....you eventually had enough, and the family retreated back across the state line to Bama and the farm. As twilight came, a couple of dozen fireworks were fired into the air. And then the firebugs came out. These are vivid memories of a long day.

You can't find Appleton on most maps. In the 1800s, it lay between Pulaski and Florence. It was a place deep in the heart of a valley....completely hidden to civilization. The "town" consisted of the Big Red Store, which was legendary to everyone within five miles. This was the post office and general store for hundreds of people in the valley.

In all these years, nothing much has changed except the Big Red Store is just a empty shell today. You still have to travel three or four miles on a gravel road to get to the place. There might be 50 people living within two miles of Appleton....but it's not the place that most dream of. It's a hidden valley where your privacy is more important than anything else.

If you tried to Google Appleton....no one mentions the 4th celebration, which still goes on today.

I think most older guys came to Appleton because they had a chance to socialize with folks that they usually didn't meet. It was across the border, so a sip of whiskey or a beer in your hand....didn't mean much. You got the latest gossip and then stood around to watch some decent baseball played.

There isn't much to speak about from my twenty-odd years in the Air Force. Those 4th's came and went. I looked at the base announcement of the activity scheduled for today....they've moved the fireworks and fest-tent operation up to Kapaun (first time ever there, and not Ramstein). They also wrote up a rule about you being forbidden from bringing a cooler, your own beverages, and your dog. I sat there and read that part twice....and just laughed. Over at Appleton, it was mandatory that you bring your own booze, and most folks brought a cooler. If you brought your dog along.....most folks sat back and admired him.

So as the sun sets tonight in Appleton, around two hundred folks will have celebrated the day and had a feast worth bragging about. They will be exhausted and dehydrated. They may have done thirty or forty Appleton 4ths....and never for a moment realized the greatness of the day.
at Friday, July 03, 2009 No comments: