After Senator Burris and in the Shadows

From yesterday's news....Senator Burris....the temp dude from Illinois who filled in because some governor got caught attempting to ask for money to appoint the right guy as senator after Obama went to DC.....said he wasn't going to campaign next year. Frankly, Senator Burris had attempted to campaign, but no one was donating money to the effort.

The ex-governor? Blago is currently waiting out charges in court....which if convicted, he could get up to twenty years in prison. The court meeting? It appears to be sometime toward the very end of this year.

My scenario? Blago knows an awful lot about where all the "bodies" are buried around Chicago. The Democratic party can't afford to let him start to tell various stories. The administration will try to fix up a deal where Blago can confess to something and just get a year in prison. I have serious doubts that Blago will accept such a deal. He will pursue a full court episode, with the White House pressured into dumping a good case into a 1-star court case. Between a great attorney, and a sympathatic jury....Blago gets off with no convictions (my prediction).

Then....with the election fever going into full swing....Blago turns around and runs for Senator himself. Yes, Blago runs!

I'm predicting the most impossible scenario out of this entire mess. The guy most worried about this entire mess? The President. He really doesn't want Senator Blago showing up in January 2011....and starting to question the White House projects.
at Saturday, July 11, 2009 No comments: 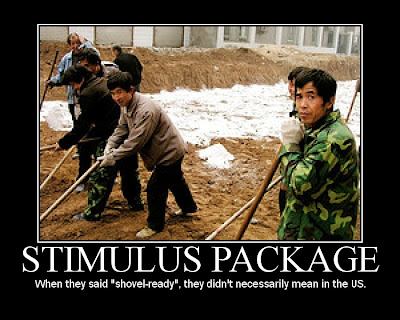 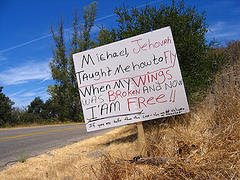 Most of the media has kept its coverage to Micheal Jackson's death to constant replays of music video's and interviews of people who claim they knew him. Some details of the past week....have not been openly published, and if so....mostly in the foreign press.

So lets look at this. The memorial service is finished, and he's not buried. Why?

A internal family fight is underway. Dad and one of the brothers want the MJ legend to be buried out on Neverland Ranch. They see this mega magnet where people will come and ride on carnival rides and see the grave. Call it Graceland-enhanced. The grave center would likely have over one million people a year coming....paying money to see the grave, tour the museum (yet to be built), and spend a day at a carnival-like operation.

Mom and the rest of the family want MJ buried at some local VIP graveyard and avoid all of the Graceland issue. They want closure.

Dad would have ruled and gotten this done this week and had it part of the memorial service....except there is a California law which says you can't bury a guy on private property. You either get buried on public property, grave-designated property or some type of commerical property. They couldn't get the waiver accomplished so it got pushed back.

For right now....MJ is resting in a temp spot....and may be there for a month or two where the sides argue over this.

The curious thing for me....is that the guy came to hate the ranch completely over the past five years and wanted nothing to do with it. Here he is dead, and he'll be tossed into a grave there for eternity.

You can start to forecast the manipulation of the three kids by family members....to help them get into the riches game.

It's a sad state of affairs....like some pop-opera....with some fat lady singing but there just ain't no end to this.
at Saturday, July 11, 2009 No comments:

There was an article that came out via Newsweek this week...which basically asked the question: Does the President represent American Catholics better than the Pope? I sat there laughing at the header, and went ahead and read the article.

Newsweek is fairly desperate for readers...like Time, they both are dissolving away into 2nd rate weekly publication.

The writer accurately says at one point...that there is a converging of ideas on Middle East peace and poverty...but then they are way apart on almost all other issues. I sat there asking myself...how did they come to find this question to start the whole article: Does the President represent American Catholics? This writer or analyst does a poor job in getting to his point.

In the end, the writer basically put up the front that American Catholics don't want to be like European Catholics or Mexican Catholics....and they'd like the Church to "change". It was a lousy sales job and I kinda laughed over how Newsweek tried to generate a 4-star headline to drag you in but they really couldn't tell you a story worth reading.

Luckily....I still don't subscribe to Newsweek....and they are still spiraling downward without much home of succeeding in business.
at Saturday, July 11, 2009 No comments: