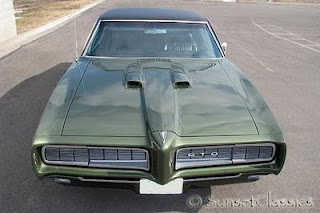 Fox has this "impact" presentation today....that 1969 was the big change-year for the United States. It goes through a number of events, and they make a fairly big case.

I've been of a slightly different mind...that 1967 and 1968 combined....lead to any big emphasis in 1969 (our golden moment of this perceived change in America).

1967 was the year of race riots in Detroit and NY city. For all practical purposes....Detroit started dying after that point, with no hope of return. Toss in the Arab war of that year...and the continuing results of the Vietnam war....and you have a wave starting to sweep across America.

1968? Martin Luther King's assassination simply tripled the wave. The shooting of Bobby Kennedy? He would have sailed on and easily won the election in November. The Nixon years would have never come. No Watergate.

Oh, and let us not forget car of the year in 1968....the Pontiac GTO....which was the greatest classic of all time.

The President has this 5-star adviser working for him....Larry Summers.

Larry is an awful smart dude....well....at least the President believes this.

Larry said this week that the terrible economic free-fall has ended this week. Naturally, you'd be curious how he came to this decision. Did he use a calculator? Did he task the entire Harvard School of Economics to study this? Did he get the news from NBC?

Well....Larry says the number of people searching for the term “economic depression”.....via Google naturally....is down to normal levels.

Apparently, searches for this phrase....were up four-fold when the recession deepened in the earlier part of the year.

So Larry says this shift goes to show consumer confidence is higher.

I paused over this for a while. I pondered.

If I typed in "NASCAR" and "beer", and the two terms equaled a lesser Google rate....would this mean that people are drinking less at NASCAR events?

I call this philosophy of research....the "Larry Summers" survey. The results mean something....but it's the kind of results that you'd read while drinking your fifth Whiskey Sour or your fifteenth beer.

If this guy is the best that the President has for economics....then I might be a bit worried.
at Sunday, July 19, 2009 No comments: 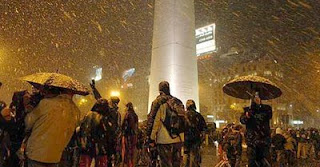 Pretty neat picture from this week.....snow fall in Buenos Aires.

What might be curious here....first snowfall in 89 years. It is winter there....as some of you from Bama might fail to realize.....but to be honest....it just doesn't snow in Buenos Aires....ever.

Naturally, Al Gore wasn't there to observe it....he was sitting back in Tennessee....sipping Colombian coffee and enjoying the great AC he has in his mansion.
at Sunday, July 19, 2009 No comments: 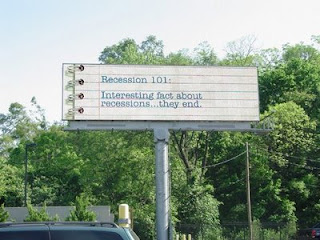 It is an interesting bunch of billboards, around a 1,000 of them with maybe ten different themes being utilized.

They are correct....in that the media, some political figures, and some nuts have gone out and convinced the public of a massive terrible event. Before the 1929 collapse....most folks in the US didn't really get excited about recession. They all knew that it would come and go. It might last three or four years....and you kinda accepted that. 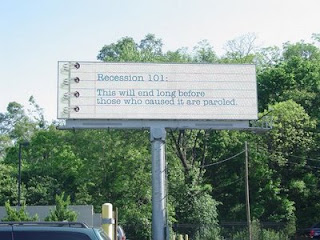 Somewhere in the midst of the 1930s....the government reached the conclusion that just letting it fix itself....was not the right thing to do.

So we learned the art of spending billions....to speed up the process. Results in the 1930s were mixed....we probably hurt the economy as much as we helped it. 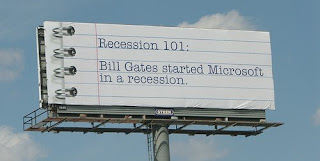 I would imagine that the billboards will have some positives. Heck, maybe even some president will drive by and have a idea after seeing them.
at Sunday, July 19, 2009 No comments: 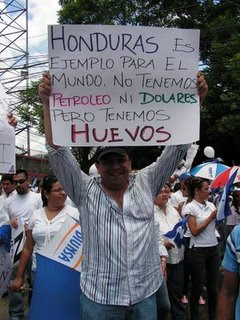 "Honduras is an example for the world.

The Saga of Honduras Continues

There is an update to the saga in Honduras...which likely won't be fed into many of the US mainstream media outlets. A Spanish-language newspaper (out of Spain)....reports that Honduran officials have seized computers found in the Presidential Palace, formerly belonging to deposed President Zelaya.

Its an amusing thing...the vote that Zelaya was fixed up. The vote itself violated the national constituion, and triggered the Supreme Court of Honduras and the Military to react. So this was fixed and there were even certified results of the vote already typed up and in document form....ready to print....although the vote was at least ten days away when Zelaya got the boot.

To make the dramatic point....as one of the DA's showed reporters...was the already documented voting results from the Technical Institute Luis Bogran, of Tegucigalpa. Normally, there would be around 345 people voting....but there were 550 ballots already fixed and ready to go....450 in favor of the Zelaya proposal. Thirty votes were against. So not only did he add almost 100 votes from non-existent people...but then the rigged nature of the ballots makes this all a joke. The left-over numbers? Either blank or nullified.

So you would have watched a vote occur....where the masses of the country could have voted totally against the guy...and it wouldn't have mattered.

Note, in case you did miss it....the ballots weren't printed in Honduras...they were manufactured in Venezuela.

Course, as you cruise via MSNBC, ABC, CNN, etc....you keep asking about stories like this...but they really want publish them or mention them....unless someone calls their bluff.
at Sunday, July 19, 2009 No comments: