I Kid You Not 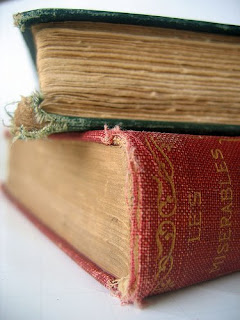 As most of you know...California and its budget business are in a serious situation. The folks there finally decided that some budget cuts had to be forced....so the California Board of Education have decided to delay buying any new school textbooks....until January of 2016. Yep....January of 2016.

What some folks suspect, is that the parents will go into a upset mood and then offer to pay themselves or force something onto the other parents where parents have to cough up $200 a year to pay for three or four new books.

I sat there admiring this story. Being from Bama...I have a different prospective.

There in the twelfth grade....I remember being handed a math book which was around nine years old. To be kinda honest....math hasn't changed much in two thousand years (or so)...you can ask any math expert and they will grin and then kinda smile.

Then they gave me an American Civics book...which was around 14 years old. American history changing much? No. The historians will grin when you ask but then they will readily agree...things kinda stay the same.

So finally, here came the English Literature book which was twenty-two years old. To be honest...literature hasn't changed much since the mid 1960s. The good stuff? It was written over 100 years ago. Heck, after Shakespeare, Hemingway and Steinbeck....and that Frost kid...what else is there to really read?

Frankly, these California guys ought to pull out the old books and get back to reality. The only text books which ought to be swapped out every four years? Science books. The rest could settle back and wait fifteen years easily.
at Saturday, August 08, 2009 1 comment:

Once upon a time in Florida, there was a senator....Mel Martinez. To be truthful....Mel was a Republican but he really didn't care for this political business and probably didn't have alot of upscale backers to run a huge campaign a second time around. Mel kinda made it clear that he wouldn't run a second time.

So this week....almost a 16 months away from the next election in Florida....Mel said "thats it", and wrapped up his senate episode. It is a strange method of ending it.

Well....lets stand back a moment. There are only two real candidates for the office in November of 2010....one is the current governor....Charlie Crist. Charlie is an old pro at Florida politics and likely carries a fair amount of weight in this election. But strangely enough, the other guy is a up and coming gentleman by the name of Marco Rubio.

Marco is actually impressing alot of folks. He is young, bright and a very good speaker. Charlie? Well....he's old school and talks a good political talk. He is outwitted by Marco....without any doubt.

Some folks are thinking this was an arranged situation....Mel leaves, and the governor has to do something to appoint a new guy. Some folks speculate that Charlie, as governor, could step down and then the Lt Governor would take his place and then appoint Charlie as Senator. This would make November's race for Marco difficult....going against a guy who is in place.

So over the next month, as you watch things unfold in Florida.....it'll be curious how Charlie handles this whole affair. He could appoint some loser Republican. He could resign and have himself appointed. He could do alot of things.
at Saturday, August 08, 2009 No comments:

Over the past week....as I view clip after clip....this universal healthcare debate continues on. You can understand now the reasoning for the drop-dead deadline that the President wanted to establish and get both the House and Senate clear of meeting their voters here in August for discussion on this topic.

I've sat and watched Senator Spector (formerly Republican) who simply could not say anything intelligent for the audience. He was unable to function in this debate of sorts.

I've sat and watched some pretender wannabe union guys try to block up a portion of one audience that was turning heated in debate.

There's now one Washington state represenative who thinks the tactics have turned "brown shirt". I kinda laughed over that one....because we've been brown-shirted for over twenty years now. Where has this guy been?

Feelings are heated and no one is buying much of anything in discussion. Approval points for Senators, Congressmen and the President are drifting downward to some degree. 2010 is an election year for Senators and Represenatives.

For some reason, I see this cascading effect here where the healthcare bill will be passed, but simply triggered heated debate next summer. Some folks are finished in political life....either by a loss in the election or just disgust with the whole mechanism that we have in place.

As for September? I think the Blue Dogs will be readily dumped by the road and told that they will be finished within the party mechanism in the next election. Half of the Blue Dogs will sign to the bill and half will say no. If this bill passes....it passes by a narrow margin of five votes or less. None of the Represenatives will face anyone within their district for the rest of this year. They will all hold up in DC and hope that people forget.