You Could be Silent 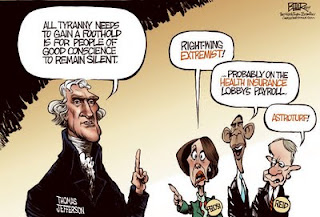 There is an art to remaining silent.

It's not exactly a natural thing....to just stand there in the midst of something that has a bad taste or illogical in detail or spoken without consideration of actual thinking....and just stay silent.

A bunch of Canadian folks have done their very best to be silent over a failed health care program, for several years.

In North Korea....day after day....week after week....folks do their absolute best to just stay silent and not complain about starvation or incompetence amongst political figures. Heck, Kim himself probably even stays silent.

Folks in Detroit have remained silent for three decades as the city spiraled itself down into a big pit. No one even bothers to joke about it. They just stay silent and hope things get better.

There are folks in various villages in Germany who watched their fathers and grandfathers steal Jewish property in the 1930s, and have silently sat there for decades never wanting to discuss it. Silently, they accepted it and won't talk in public over it.

You haven't lost anything yet....and if you do lose something.....silence is not difficult.....everyone does it.

When you discuss the Republic and all it's glory....almost every pound of it....goes back to Jefferson in some form. The thing was....Jefferson didn't have much reason to remain silent. In the end....silence didn't make the Constitution or end the Revolutionary War. Silence may be an art....but you have to wonder about the life of the artist. Maybe his life isn't worth living.
at Wednesday, August 12, 2009 No comments:

After I blogged the New York City flyover connection to the Combat Information Cell with the Air Force yesterday….a brief topic of discussion came up today over this. An associate simply asked me if this was a “real” AF job? I paused here….half laughing. It’s real….or as real as the AF can make it. A dozen guys sitting around and their chief function in life is to read blogs and Twitter….you can imagine this office.

My imagination over this?

The boss is likely some Major who begged for a position that would have “promotion” written all over it. He probably spends four hours a day using PowerPoint to build three or four presentations….which maybe one will eventually be used to brief some big VIP. He’s there for eighteen months max and does fifty hours a week…mostly writing summaries that that six guys read and six guys delete.

The number two? Probably some Captain that forced into the shop and is begging to be moved somewhere ASAP. He’s number one on the volunteer list for anywhere else in the organization. At best….he probably read four blogs a day and spends most of the day talking to the deployment guy and trying to get some six-month job elsewhere.

The Lt? Well…she’s probably a liberal arts grad out of some private college in Oregon. She’s got a degree in literature, which is worthless in the Air Force, but of some value when it comes to reading blogs and Twitter. She’s on the phone to her boyfriend an hour each afternoon and reads mostly blogs of four-star variety only.

The senior NCO? He’s likely a guy with nineteen years and six months in the Air Force and got a calendar where he counts every single day till retirement. He hates the three-times a week PT program. He hates the deployment cycle. And he reads strictly blogs of significance.

The three tech’s? I would speculate that they probably carry the weight of the whole dozen….reading a thousand blogs a day and two thousand Twitters a day. They sip Mountain Dew all day long and chatter like wild monkeys when they find a “dead horse” comment.

From the five guys left…they are all airman who drink Pepsi, high energy drinks, and chomp on sunflower seeds all day long. They all claim they’ve met Brittney Spears and are intimate on her web page. They all claim to have 36 different forms of certification on various applications but truthfully, none of them remember anything. Each claim credit for finding Kim Il Sung’s personal blog page and two of the guys say that they are personal blog friends with Mike Tyson.

So the gang sits around….keeping this combat operation going for a dozen hours a day. They filter thousands of blogs and Twitters daily and read as much as they can. They probably dump 44 statistics a day on Air Force leadership….of which some folks get all peppy over the vast data given them. Then the lights go off and another day starts in less than twelve hours with another thousand fresh blogs.
at Wednesday, August 12, 2009 No comments: