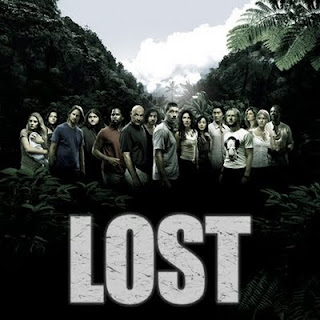 The powers that control the country...finally decided to accept one TV series....to be dubbed into Farsi. Lost.

Yes, Lost is being brought into Iran. The series with winks, twists, demons, and polar bears....is coming to Iran.

Most Iranians admit that the pirated-DVD version has been across the country for several years....but this will be a televised event...in their own language.

The guys in charge? They've vowed to censor certain scenes...obviously the "un-Islamic" moments....but that might only total a minute per show.

My prediction? I think you are about to get people sitting there in Iran and finally thinking. If "A" exists and "B" happens...what's the next key junction? The series begs for you to think and ponder. It's the greatest threat to Islamic thinking in 2,000 years.

Imagine an entire generation of Iranians being introduced to Sawyer...and picking up a book to read.

Imagine an entire generation of Iranians learning to hate a guy named Ben....just because.

Imagine an entire country changing....because of the pen, and not the sword. Yes, we've unleashed the mighty "Lost" upon Iran....and things just won't be the same.
at Sunday, September 20, 2009 No comments:

The Rasmussen folks sat down this week...with a bunch of the public who don't have health insurance of any type. They asked these folks questions.

- Only 30% strongly favored the plan, while only 26% strongly opposed it.

- Curiously, 68% of the conservatives opposed the plan, while 88% of the liberals favored it.

- Then we came to the last and most interesting part of the data collected...35% think that if the legislation passes...the quality of health care will improve. 31% said it would get worse.

Sometimes, a statistic can tell a story...but you really have to grasp what was collected and how the numbers were arranged.

You would think that one hundred percent of the folks without health care insurance...would be happy to have the government program. Frankly, I would have expected nothing less. So across the lines...that's not the case.

On a forum I often visit...someone who works in the health care sales arena...came to chat for a second on the folks who have the money to buy insurance but don't do it: (1) they typically don’t think they need it; (2) some feel if they were diagnosed with a major illness...they could still sign up and get it (a faulty thinking); (3) some think that some undefinable government program will pay the medical bills; and finally (4) these folks will sign up just as soon as they pay for the two new $35k cars, their two new snowmobiles, and their new bassboat.

Out of these 35 million who don't have insurance....it would be curious to know who has the money to buy it but simply said "no".

At this point, with these numbers....out of the 35 million with no insurance...fifteen million are likely Republicans and two-thirds of them really have no desire for any kind of help or government-enforced program.

This survey probably didn't help the President much, and it probably forces alot of us to start thinking over who the 35 million really are. We might discover that it's a group of 9 million who really need serious help....and we could fix this with a simple government co-op plan with a little bit of government assistance....thus avoiding one big mess.
at Sunday, September 20, 2009 No comments:

There is a mythical point where a gun expert stands up...and admits he knows nothing about shrubbery or Chinese art.

There is a mythical point where a blacksmith stands up...and admits he knows nothing about diesel mechanics or deep sea fishing.

There is a point where a Bama football coach will stand up...and admits he knows nothing about astrology or French women.

This week....there was an interesting UN report to come out. A bunch of medical folks working for the UN...stood up and said upcoming swine-flu pandemic could possibly result in worldwide anarchy. Naturally, they then suggested that the only way to prevent this anarchy...was for rich western countries (note: they didn't mention the US but you can assume we are in the group)....to pay for antiviral drugs and vaccines.

The UN medical guys said that this upcoming flu pandemic ought to kill millions and trigger anarchy all around the poor sections of the world. Naturally, they've attached the cost to their report (it was kind of them)....well over the $2 billion range).

I sat there for a while pondering this report. First...since we've tossed billions away....and even spent $3 billion on the cars for clunkers program....$2 billion is a drop in the bucket. We ought to just tell the other rich countries to stay home and we'll cover this with our imaginary revolving bank account. But then, I started thinking.

What exactly do medical guys know about fragile governments?

What classes in anarchy did these medical guys have in university?

About two years ago, I sat down and read a fair amount on the 1918 flu episode. It's a strange thing...you can't find any real governmental shifts on the face of the Earth. Tens of millions died...but no states of anarchy came to exist. Yes, some political figures came to pass...but it's a strange thing...there were people to fill in and simply continue the bureaucratic mess.

Then I turned around and read up on the flu virus vaccine that the smart guys currently advocate. It's not guaranteed to work on everyone...in fact, testing has been a lousy subject to discuss over this vaccine. Some intelligent folks have said that it might only help half the population...and it's effectiveness ranges up and down the scale. So if you did spend a lousy $2 billion....half of that might be worthless in nature.

So after a brief pause and pondering....I've come to realize that UN medical folks worry about alot of things. Some of these might not be within their expertise.
at Sunday, September 20, 2009 No comments:

The Cohen Brothers....famous for "Raising Arizona", "The Big Lebowski", and "Blood Sample".....have decided upon another project, which interested me this week. They are remaking "True Grit".

If I were to be asked.....this is probably an untouchable movie. John Wayne took the story....and with some charm from Kim Darby and Glen Campbell.....turned it into a decent western (no, it really wasn't his best work, but the Oscar folks still had a debt to pay anyway).

From the distance.....True Grit's story was a five-star piece of material. It was a great story....told at a very leisurely pace. You had to love "Rooster". You had to beg for revenge. You had to shed a tear for Glen Campbell's character in the end.

Who play's Cohen's "Rooster"? An interesting twist....with Jeff Bridges. The rest of the cast? Unknown.

Who would I pick for La Boeuf (Glen Campbell's character)? I'd look for an actual authentic French actor....with an accent as thick as you can probably make it.

True Grit ended up being a classic of sorts....more for the story and John Wayne....than anything else. Maybe the Cohen's can do something radical here and turn it into a five-star piece.....maybe.
at Sunday, September 20, 2009 No comments: