Sometimes, I'd like to make stuff up...but then real events happen...which sound better than even made-up stuff.

This week....out of Venezuela...President Hugo Chavez had a speech where he laid out a major issue in Venezuela....too many fat folks in the country.

Yep, his quote was: "there are lots of fat people". He then turned to his faithful advisers and urged them to exercise and eat healthy. Then he said a curious thing: "I'm not saying fat women, because they never get fat. Women sometimes fill out."

This is kinda what a smart and intelligent guy in Bama says when he's at the girlfriend's house and she's asks him about her weight bothering him. Naturally, all Bama guys are smart enough to quickly say something of brilliance....to get them off the hook for something that they'd really like to say.

What I enjoy about Hugo...is that each week....he has a new issue or problem facing the country. It doesn't matter if it's fat people, golf courses, cheap whiskey, jello, George Bush (even if he's been out of office ten months....he's still mentioned), and US TV shows.

In an average week, Hugo spends around ten hours giving interviews or speeches. Unlike President Obama....this is the one guy who can give a hour-long speech....without a teleprompter or a script itself. I'm waiting for the day when Katie Couric to interview the guy and ask forty questions which he answers with a 10-minute answer for each and every one....even if he likes gravy over his dumplings.

So somewhere out there tonight....250,000 overweight Venezuelan gals are smiling at the manliness of Hugo Chavez and his pleasant description of their weight problem. Meanwhile....a bunch of guys are sitting there and shaking their heads over this idiot and his complaint of the week.
at Saturday, November 14, 2009 No comments:

A Bit of Rush 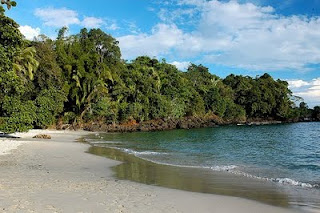 Not that I listen to Rush, but once a week, there is a five-star moment, which naturally came yesterday.

No deductible, no coinsurance, no copay.

The thing is...these would take place at a medical hospital in Costa Rica. Yep, there about three hours south of Dallas by plane....sunny, tropical Costa Rica.

Naturally, Rush didn't quietly believe this...and this five-minute conversation ended up turning a 500-watt bulb on. You could see an enormous amount of interest in this deal.

So this employee laid out the basic's. In fact, the company was developing a strong relationship with a travel agency...that would specialize in the hotel and air travel necessary for this type situation.

I sat there....pondering this. Europeans have been utilizing Bombay hospitals like this for the past decade. There are other facilities in Poland that offer discount medical procedures for half the price that you'd find in France.

The curious thing is that you have an American company that has made the Costa Rica option....an actual true-blue option. I would even imagine that this goes a bit further in nature within a year. They might actually fly a Costa Rican doctor into the US for five days of consulting at the company, and then rig up whatever procedures you need for the next week. You fly out on a Friday afternoon.....swing by their clinic in Costa Rica on Saturday for the procedure....and fly home on Sunday. Air fare? I'd bet less than $150 for the trip, and maybe $40 a night for the hotel there. A $3k procedure could be done for $1000 in Costa Rica and $500 of your money for the travel costs.

Could this catch on? Yes. I could see thousands of companies waking up next week....discussing the option, and signing the company up to Costa Rican medical care.

This would ruin Harry Reid's plan.....but I doubt that Harry will allow this Costa Rican option to stand. He'll mandate every single American would have to get crappy 1-star American health care by an American plan....period, no exceptions.

So imagine yourself.....a bad knee.....you need an operation....and the boss signs the paperwork, and you pull out $500, and on Monday of next week....you fly into Costa Rica. You have a nifty 3-star hotel along the beach. You get a free bottle of rum upon arrival. You are greeted by several gals at the desk named Carla, Delfina, and Valenica....who all smile and offer to heal your pains and cure your woes. The doc greets you and gives you the best rum and coke that you've ever had. You have the operation and spend ten days in Costa Rica.....with half the hours spent at the laptop doing work from the office and the boss allows that to count for man-hours. Your knee feels great now.....you have a tan.....you gained five pounds from eating cheap steak every evening....and you've consumed over six bottles of free rum while in pain (no med addiction).

Would a guy ask for anything better?
at Saturday, November 14, 2009 No comments: 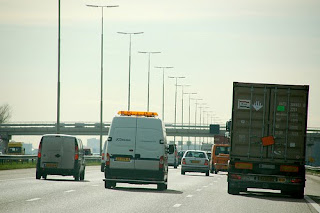 An event is about to unfold in the Netherlands, which may have an impact on every single country within ten years. The Dutch government announced that it wants to introduce a "green" road tax, which would be run by a GPS device in your car, which would report mileage. The entire concept of vehicle taxes and the vehicle sales tax would be tossed....but don't worry...the gas tax will remain firmly in place.

The idea is that the GPS box will report this to a collection agency...who will have your account number and then deduct for each kilometer. The expected charge? These guys are talking about 4 US cents per kilometer currently. That would mean rougly six US cents per mile.

The intended result? The Netherlands will readily admit that they have serious traffic congestion around thirty percent of the entire country. They figure this would force folks to use public transportation. The other plus-up....in their mind....is to cut C02 production.

The boys were even nice enough to indicate that the tax would be doubled by 2018.

The only exemptions here? Taxis, vehicles for the disabled, buses, motorcycles and classic cars.

I sat and pondered over this. There are four observations.

First, there are tens of thousands of foreign-tagged cars which transit the Netherlands daily. They said they'd rig up some type of collection deal on them....but haven't yet said how this would work. I'm guessing they want you to pull off the road upon entering the country....to some inspector....and report the mileage...and then do the same thing as leaving the country. Course, being from Bama....I'm very aware of the back roads situation....and a smart guy could bypass this entire mess.

Second, I'm kinda wondering what happens if a guy accidentally had the cable running from from the battery to the GPS cut. Naturally, a guy might be driving around for months before he discovered this. Not that this would happen....you know.

Third, I am a bit worried that the idiot Germans might jump onboard with this concept. The problem here is that two thirds of the country is rural and a guy has to travel a little bit to shop or work. The rural guys would be punished for living rural and the urban guys would be rewarded for living urban. Something about that....just ain't right.

Fourth, and final...all classic cars are exempt. Just a analytical moment....but I suspect that antique or classic cars...are going to become a major deal in the Netherlands...with a 1977 Buick probably worth its weight in gold. Everyone would go out and start buying old cars....even if they weren't classics....and burn three times the amount of C02....with 15 miles per gallon....just to avoid the stupid satellite or GPS tax.

For some reason, I have doubts that this will be a long-lived thing. Imagine the car dealers who suddenly see a major drop-off in car sales. Imagine the gas tax which would suddenly drop by forty percent and no one would be able to afford road maintenance. Imagine people refusing to travel anywhere and just living out their entire life...maybe forty years....within six miles of their current home.