Do or Dare or Just Forgotten

I sat there...reviewing the news of today....and here was this Fox News item....over the EPA and the White House hint of what might happen over the EPA regulating carbon:

The Obama administration is warning Congress that if it doesn't move to regulate greenhouse gases, the Environmental Protection Agency will take a "command-and-control" role over the process in a way that could hurt business.

I pondered. So basically you've got some guy in charge of something.....and he wants to warn everyone of this impending fire. The key thing is that he or his number two will start this fire.....but he's giving the clerks of the store enough time to start the fire themselves....and instead of him or the number two being blamed for hurting business.....the clerks can be blamed for hurting business. Right?

So, if you were a congressman or senator.....would you now rush out to regulate and hurt business in your own district or state? Or would you let some idiot at the top who doesn't grasp business at all.....take a sledge hammer and destroy competition and business across the nation?

Gee, it's a tough choice. How stupid am I?

So the EPA guys are likely standing there....preparing to destroy business in America....and they really feel pretty good over this issue. They have no connection to the tax base.....to the revenue base.....to the job market.....or even to the heartland. They are mostly science guys who got on early in their career with the EPA organization.....and normally worried about some simple stuff like mercury in Lake Michigan, pollution near nuclear facilities, and septic tanks leaking.

I'm thinking that after fighting stimulus, TARP, and Universal Health Care....there really aren't many senators around now who feel like a massive jump into this EPA situation. To accompolish this new mission.....the EPA requires funding. I'm guessing the Senate will smile as they delete these increased amounts necessary, and just let the EPA stand there.....trying to do something....with no funding. The media will be stupid enough to just gaze away from the funding joke, and everyone will forget this mess in twelve months.
at Wednesday, December 09, 2009 1 comment:

The Act of Acceptance

I have a guy around base that I kinda know. I might bump into him two or three times a month. About four months ago, he kinda admitted that he had his German mother-in-law in the house.....actually for almost eight months....because of serious declining health. The fact was.....she was dying.

I bumped into him this past week.....the mother-in-law had passed away in the last week or two.

There was a change to his personality and character....he was a bit reserved and I could see it bothered him. I asked him how it was going....challenging him a moment to just say something. He looked at me....knowing that I was giving him a chance to say something....that he couldn't really say to the wife.

His mother-in-law was German...in her mid-60s....and had been somewhat close in the family relationship. He never cut her down or ever said anything negative about her. He was respectful....to the ninth degree.

What bothered him was that the entire last year....that she stayed in the house.....he became extremely close to her and did alot of things to make her last days more comfortable. He went beyond the forty things that you'd expect a son-in-law to do. In fact, he probably went beyond what his own wife (the daughter) was doing.

He had become....attached to the old lady and felt her pain as much as she did. It bothered him....going through this last month or so. She made some general comment at some point.....that while most of the family were supportive....he was her "anchor".

My problem in life....is that I sense these things from guys.....and I give them this chance to say something that they can't really say to anyone else. They can't admit some pain, some weakness, or some serious stress to anyone else. I hate this act of kindness of mine.....because it ends up bothering me as much as it bothers them.

In this case.....I commented on the positives of life that he shared. He did the act of playing "anchor". He attended to what she needed and stood by her.

Life is a difficult circumstance. We often want to just play moments of positive moments or great scenes.....to feel super-positive over people who have passed. Then we get into these emotional moments and feel the closeness issue.

In the end.....it becomes like a game where things are learned, won or lost. The departing company serves as a coach of sorts...having given you lessons in life or emotions to help strengthen your character. They have passed something onto you. You can sit there for a week or two....even a month.....and feel very emotional....even down. It's an acceptable part of life. But at some point.....you end up lighting up a candle....talking to yourself over these lessons given to you.....and then accept that things have passed.

Whatever strength, wisdom or heart the departed have given you.....they did it to make you better in a sense. They don't want you to waste it....sitting there for the remainder of your wife.....feeling woeful. Sorrow is an absolute in life.....but it's not a concrete thing.....tied to you for the rest of your life. At some point, you end up moving on. It's the act of acceptance.
at Wednesday, December 09, 2009 No comments:

Cartoon of the Week 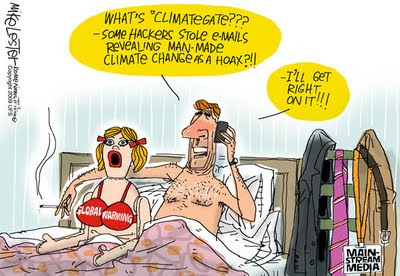