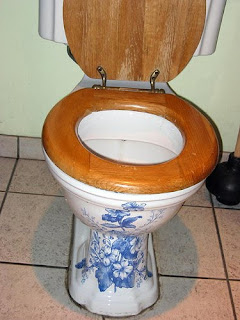 Sometimes, you get to a point where you scratch your head over the US government and wonder how things develop.

Today, the House Oversight and Government Reform Committee got real busy. They held some hearings to what is referred to as the "Potty Parity Act."

Basically...this is a bill that wants to address and fix the unequal number of restrooms for women in federal buildings.

I sat and pondered over this. Being former Air Force and a career in service within government buildings...I kinda know about this episode.

It's an interesting thing.

I worked in a building where they had a sizable men's bathroom to handle roughly 100 men on the floor. It was curious to me to learn one day that the women's bathroom was to be used by fifty women, and had three stalls total. I was told that twenty years prior...there might have been twenty women in the building...but statistics over the years had changed. Then we had this female commander arrive...and over twelve months...she added another entire restroom for women...with twelve stalls. All it took...was an obvious leadership decision and $50k in cash to remodel the building.

So now...congress will have to step in...and have a toilet team which checks out American government buildings over the surface of the Earth. They will return and build a database. Eventually...they will determine that $20 billion needs to be allocated to fix this serious problem. Congress will say fine...and hand them $250 million...and they will hand out "flush-funds" to fix this issue.

Across the country...facility managers will tap into "flush-funds" and build wonders of modern technology to help settle a terrible wrong. Women will shed a tear or two. Men will shake their heads. And life will slowly improve for our modern civilization....with toilets for all.
at Wednesday, May 12, 2010 No comments:

Today....it came out that South Carolina Governor Mark Sanford...our Republican dude who said he went walking in the Appalachian Trail but was really flying down to Argentina to see his mistress...had another secret rendezvous this weekend with the hot Argentine babe.

The governor said that he just had to meet with her....Maria Belen Chapur...to see if she still had the hots for him, and they could restart this torrid relationship.

The positive thing is that the governor's wife is already in fifth gear over the divorce business. Although folks in South Carolina are a bit disturbed about this whole thing.

The real issue now? Well...governors across America are looking at this. They were really cool with liaisons with local women...trailer trash women from Memphis....hot young show gals from Vegas....tube toped women from Tucson...and even freaky dominate women from Alexandra, Virginia. Now? There's this idea in these governor's minds over Argentine hot lusty babes? Yeah.

Imagine this vast new empire of lusty Argentine women as escorts and liaisons...as a state governor. So across America tonight...thousands of girlfriends and secret liaison babes of governors are worried. There's a bold new world coming, and it's not going to be pretty.
at Wednesday, May 12, 2010 No comments:

Word out on the street has it...that Playboy will produce in June's edition...a 3-D centerfold.

Yes, it'll come with the 3-D glasses to allow you to see the image.

I sat and pondered over this. Did you really need this? Is this the trend of things to come? Could Hustler do it next?

Bluntly....it's a joke. Playboy has been on a trend for the past decade....kinda like Time, Newsweek, and National Geographic....downward. The guys who still admit they read Playboy? They attempt to act sophisticated and trendy...and haven't sipped a Pabst Blue-Ribbon in their life.

I'm thinking this will likely become a monthly thing with Playboy as they attempt to find a new crowd of 3-D folks who think it's cool and trendy. As for increasing profit? Forget about it....it's a spiral that just can't be fixed.
at Wednesday, May 12, 2010 1 comment:

The Problem With Knowledge 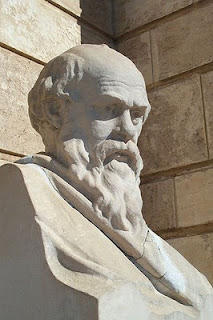 "Information becomes a distraction, a diversion that is putting pressure on our country and on our democracy."

I sat and paused over this quote made over the weekend.
Information is knowledge.
Knowledge was the shield that Socrates offered....to protect mankind from mistakes, from evil, and from temptation. Without it....we are lost, and without a compass.
Knowledge putting pressure on our democracy? Only if people deny the value of the knowledge in front of them. Denying wisdom would limit your future and the trust of people.
Socrates would have a good laugh over this matter....and probably start asking a bunch of stupid questions....that would just make matters worse. You know how blacksmiths are.
at Wednesday, May 12, 2010 1 comment: