Just an observation. The Arizona immigration law that got everyone upset? Well....you know it's approximately ten pages long. The universal heath bill that was passed? 2,700 pages long.
You get the impression after a while....it's the same number of people who read both.
You could read the Arizona law in twenty minutes. You could probably grasp its meaning with a 8th grade education. You probably could teach it to a university class with just four hours of preparation. It is designed to be just that simple.
What would happen if the Arizona political folks here took over DC and wrote the universal health care bill? Hmmm....well....it probably wouldn't be more than sixteen pages long....and yet no one would ever read it. Just an observation.
at Saturday, May 15, 2010 No comments:

The Trouble with Ethnic Studies 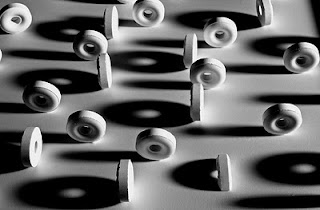 How many ethnic studies classes existed in the state of Bama in 1975....from high school to university level? None. In fact....what generally was offered and fit into the scheme of things....was a class that we referred to as "geography".
It was a curious thing. You'd sit in a geography class, and at least once a week (in high school)...be escorted to the library to watch a National Geographic-type movie over the over the people of Peru, or the Aztec empire, or the way of life in 1750s France.
A lot has changed over the past thirty years in America. Almost every university now offers a ethnic studies type degree. Duke University has an entire department that offers African American ethnic studies. Most, if not all, of California high schools offer at least one ethnic studies class....and most offer five or six.
These kids and instructors will tell you that they have a greater understanding of world affairs, ethnic lifestyles, and the diverse nature of the nation today.
For some reason, I really don't believe them.
A great deal of these 1975 geography classes dealt with other people and simple observations of their lives....and really not much more. You see....when three in the afternoon rolled around....you got on the bus and went back to the heartland. You didn't drag any ethnic class studies around with you like an anchor. You knew your American history....you knew the Constitution....and you came to appreciate the simpler things in life. How Bolivians came to live...really didn't matter beyond the classroom.
A path has been established....and we've gone down this funny path talking about various ethnic groups. Maybe we should establish a ethnic studies group over this fascinating land called "Tennessee", or perhaps "the Ozarks", or maybe even "Red Bay, Bama". We might be fascinated to learn of the strange ethnic habits that folks have....the funny food that they eat....or the way of thinking that they've established through the generations.
I realize I'm suggesting a radical move....to study the folks of west Texas to learn more about the ethnics of our nation.....but we might actually be shocked how there are three hundred ethnically diverse groups in America....and we never knew it. We might even learn that folks in California actually think and believe they are the center of the universe....while they are the most bankrupt folks in America.
at Saturday, May 15, 2010 No comments:

When the Teachers Came for Money

This morning...somewhere between the big news and sports....lies a small story of the administration asking for more bailout.

It's a curious effort this time. The Education Secretary...Arne Duncan....has a request to establish funding for teachers. You see....unless the nation can come up with $26 billion by late summer...the pink slips will go out to 300,000 teachers nationwide.

In the state of Alabama...if you are a teacher starting out...the salary still tends to be in the $35k range. If you stay around for ten years...you'd be in the $47k range. At age fifty? You might be clearing near $60k.

This salary structure also applies for Mississippi, Arkansas, and Louisiana.

When I was looking at Troops-to-Teachers possibility several years ago....I had a couple of emails with the folks out in Montana. They were having problems in attracting teachers and retiring military folks were often being recruited. I was kinda interested. Then came the topic of salary. Starting salary for a rookie, was $28k. I kinda laughed...thinking even Bama paid more.

The $86,600 amount? Well...it tends to interest me. These have to be teachers mostly from California. The state is broke. The state has a overblown salary structure for teachers (with twenty years in...you'd be clearing $100k easily). Your pension deal? At age fifty-five in California...as a teacher...you'd likely take home over $80k a year.

So, what states are trouble with their teachers? And is $26 billion really needed or could you get by with $2 billion?

I think the public deserves to know this. If half of this bailout is for California, and the rest split between the forty-nine other states....there's a bad smell to this.

Why can't a state pay for it's own bills? That's another problem here. But don't worry....our revenue bucket is unlimited...right?

I would make a suggestion here....put out an itemized list of states and who is asking for money. Let the public know the rest of the story. And list the salary structure and pensions.
at Saturday, May 15, 2010 No comments: