When the biggest job you've had in your life is community organizer....and you go in as president for a update briefing on the BP crisis...and the best thing you can say in the midst of it is "plug the hole"....it really doesn't say much for your grasp of situations.
As a mayor, governor, or commander....you tend to see enough events to help forge your leadership view of situations. You listen....you ask questions....you make people think outside of the box. People in the group are looking for leadership. If the best you can say.....is "plug the hole".....then the group is standing there in a moment of crisis with no real direction.
The worst that a community organizer might come to face....is the refrigerator to the community center failed and you need another one quickly....or all the food will spoil. Sadly, that's about point one percent of what you need for the Presidency.
at Wednesday, May 26, 2010 No comments: 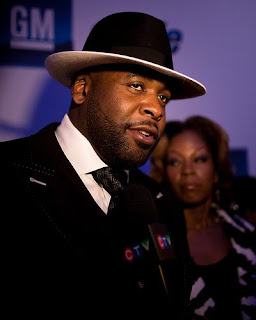 I blogged Kwame Kilpatrick a good bit in 2008. He was the Detroit mayor who screwed up....got himself into a bucket of lies and could not lie himself out of trouble anymore. In relative terms....Kwame was a thug who was appreciated by the voters of Detroit. They knew he was a thug, and it was ok....for a while.
They gave Kwame a pretty good deal when the case came up....with probation involved. In 99 percent of all cases....you never violate probation.
Well...Kwame was Kwame....and he violated probation. Yesterday was a court session where they finally said enough, and his probation was tossed out. He was sentenced to 18 months to five years....for "contemptible behavior".

The best we can say is that Kwame had financial assets before the big case that got him into trouble....and he did his best to hide those so when they came with hefty fines...he argued his way out of these. After the big case and probation...he continued hiding money. Eventually....folks figured this out.

In the midst of money-hiding episode....the family kept living in a million-dollar home....Kwame kept driving a brand new Escalade....Kwame felt his wife needed some kinda beauty surgery (they were nice enough not to say new boobs or removing butt fat).

On the positive side....he gets 120 days of credit for jail time served already....if that was a positive.

My guess? It's eighteen months to five years. I'm betting on a deal where it's closer to eighteen months, with four months deducted. You figure being nice in jail and a early release....so Kwame spends maybe eight months in jail at best...maybe even six.

Kwame's lesson here? If you have to hide money....you find an expert and you actually hide it the right way. You drive a 1988 Chevy pick-up and live in a house trailer for three years. You shop at Wal-Mart and pretend to be dirt poor. You drink Pabst-Blue Ribbon instead of those Sam Adam's beers. Kwame screwed up...big-time.

But, there is a positive. There on the inside of jail...Kwame will learn alot from the cons, and probably come out a better con artist than he was. Heck, he might even pretend he got religion....write a book on spiritual healing for Detroit folks, and even run for Detroit mayor again in four years.
at Wednesday, May 26, 2010 No comments: 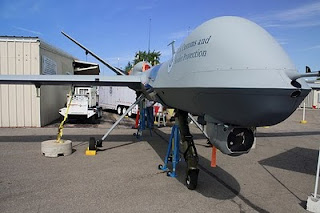 There's a nifty article out today...1,200 National Guard troops going to the border....to stop the illegals from entering.
The general feeling from the public is that 1,200 troops won't do anything....it's just not the vast number of troops that folks think are necessary. And the cost suggested? $500 million?
Then you read through the mess....it's ISR....the military's intelligence mission which revolves around unmanned reconnaissance. Then you start to smile.
The 1,200 troops won't be ground troops or grunts....they are recon guys from the skies above.
So imagine this. Up around 20,000 feet or higher....there's this craft about half th size of a fighter jet that is quietly patrolling....for hours and hours and hours. It doesn't have to land after three hours of patrol. No one on board. The crew? A couple of guys sitting in easy chairs back in an air conditioned shelter....with Mountain Dew cans in the cup holders.
The pilot is some young guy. He's got a couple of guys sitting at screens around him....and giving him instructions to linger a while or move on. They spot forty folks moving through the brush at midnight. They call a Border Patrol team....four vehicles....all back around five miles from the border and just sitting there waiting for instructions. The crew passes the coordinates and the Border Patrol guys program it into their GPS. Off they go.
Fifteen minutes later....they've circled the forty folks and apprehend them. They drive them back to headquarters while a second team is sitting there patiently.....and they get their call. Hit, after hit, after hit, after hit.
The shift eventually ends....the pilot and crew get up out of the easy chairs....clock out....get into the Guard van....and go off to the hotel where they lounge around, sip cold beer and discuss the status of the Braves this summer.
By late fall....there will be results from this episode. I'm guessing illegal entry will start to come to a complete stop by the end of the year as the Border Patrol guys figure out how to max out on the ISR contribution.
The problem is....this will come to an end when funding runs out. Will Congress put more funds into this? Will the Border Patrol come to own their own ISR capability? Will illegals meet their match?
at Wednesday, May 26, 2010 No comments: