I read the story that came out today of Tipper Gore and Al Gore calling it quits...going for divorce. I never knock folks going into these situations. In this case...you have to look over at Tipper and ask yourself...would you have the patience to be Al's wife for years and years? Eventually...as you ride around in fancy SUVs,fly to exotic places in fancy private jets, ride on the fancy Gore-owned houseboat, and live in a house that cost more than $40k a year in electrical and natural gas usage...wouldn't you eventually question your husband about this lifestyle not meeting up with the words spoken at various speeches? And then you'd get this "well...you don't know what you are talking about" speech.

Eventually, you'd question yourself and the endpoint...and figure something just ain't right.

So I can understand Tipper...and the "just ain't right" situation.
Al needs to find a woman who just accepts Al for being Al...and never asks about the big SUVs or the private jet trips. And if possible....she ought to be a southern gal.
at Tuesday, June 01, 2010 No comments:

Crimes Upon Mankind in a Virtual World

I've been waiting for this day.

Up in Finland, some guys have been working hard on a social networking site...which teenagers really accepted quickly.

So, this week...it was one of these events which I would have predicted....someone stole furniture and property from the virtual hotel. Four hundred users lost "property" from this invisible hotel.

As you became a member of the hotel...you could buy property and improve your rooms...and enjoy your stay. A couch here...a 5-star bed there...etc.

Along came a couple of cyber smart guys who used a password trick to get log-in's and passwords....then they shifted property away from legit owners.

So, here are the cops...real cops...of Finland...seriously involved in this case. They are actually searching real homes, real computers, and have started an interrogation process. It'll take weeks to sort this out...and figure out who did what and how they will proceed on this entire case. There is a law or system where computer-generated items are property...at least it exists....but I have doubts that it can be used to give out jail sentences.

Fines as the final outcome? It could be....if the cops aren't sure about the real crime committed.

How far will this go?

Invisible weapons used to be a joke with me...as guys spent $40 to buy a sword and shield on some game. Today....the topic isn't even discussed as a joke...folks just pull out a credit card and pay for a $40 invisible shield that isn't real. In a way, its a comical way that we've developed this business strategy...and accepted it.

What next? A digital marriage to someone that you never meet...but you get married to an anonymous gal from Miami...and you chat each day...but you really don't know each other, nor have have you ever met in person? Could we reach such a point? I'd predict it within five years. Digital marriages...to people you don't even know. Think about that.
at Tuesday, June 01, 2010 No comments: 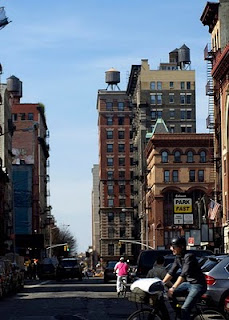 Yesterday, I ventured to New York City.
Yes, an adventure for a guy from Bama.
Some comments.
First, I used a local bus service: Vermoose! I was kinda shocked....I had more leg room than on a airline. The AC actually worked. And the price was right ($60 for round-trip between Arlington and New York City). The negative? It's a four-hour trip via bus. My advice, don't do a round-trip over one day....stay over the evening and spread it out.
The drop off? Well....they dropped me off on the street next to Penn Station.
I stood there for a brief minute....amazed by the tall buildings, the smell of food in the air, and trampy women on the street. Then I recovered, ventured out into the city.
I had several things to see over six hours....and this required the subway. So I quickly walked down into the tunnel and discovered a number of things. $8 buys you an all-day ticket. The underground area of the subway? It was like some subway Bulgaria (if I could imagine such). I don't think anything has changed since 1949. That was what shocked me the most.
As I ventured on my first subway car, I discovered that it was probably from 1949 as well. The people looked crazy and a bit trampy. Right off the bat as the door closes....some gal stands up and announces she needs money and that she's a teacher. She's walking through the car and asking for donations because she's broke. Something about her story just didn't work on me.
I eventually got off at Ferry Station, and was aiming to make a trip out to the Statue of Liberty. Then I discovered a 90-minute line, and I simply shot a picture from the distance.
Then I walked off to Wall Street. There's not much to really see....it's just an average street. I expected lots of bars and topless joints nearby....but there were virtually none. Other than a couple of restaurants...thats it for leisure.
Then I went off to the remains of the World Trade Center. The guys are quiet busy and rebuilding on the site.
Then I walked Broadway for a bit.
By mid-afternoon, I was finally at the Empire State Building. Those guys charge around $14 for a elevator ride to the top. Can you imagine that? Then they had countless gift shops along the way with stupid statutes of King Kong climbing the Empire State building for $25. When I finally got to the top.....I admit....I was pretty amazed.
You can see the entire city at the height, and you've got a brisk 30-mph wind blowing in your face. There must have been 300 folks up there at the time. It was impressive for a guy from Bama.
My final point? Penn Station. I was kinda amazed by the train station and the organized method of everything.
And by 5:30, I was back at the bus point. I had a four-hour trip home, and I was tired, sweaty, and ready to fall asleep.
New Yorkers are nice enough folks. No, you won't be robbed....at least during daylight hours. It is strange to see a cop every 500 feet, a homeless guy every 300 feet, and a trampy gal every 150 feet. Everything is overpriced and you kinda wonder how a guy survives.
So if you had a day or two (I'd recommend three).....New York City is worth going to.
at Tuesday, June 01, 2010 No comments: