There's a short story this week in the Washington Post....local episode. The DC attorney general had to admit that 400 DWI's in DC....came from faulty data.
What they hate admitting now....is that a number of the breath test machines that they had....had been adjusted, by the cops.
So there is message going out to drivers that the city had convicted. You can imagine this massive lawsuit coming out of this deal. It's believed that the reading off these adjusted machines...were twenty percent higher than what it should have been.
My guess is that the typical guy will demand over $100k (figure $20k goes to his attorney and taxes eat up $25k)....so he walks home with $55k for a fraudulent DWI conviction. Some folks might have good reputations....and can afford to run off to court....and maybe collect $1 million.
The city? They have to be a bit upset and wondering what idiot adjusted the machines. And then they have to wonder how they will pay for this episode. The answer? Higher fees on drunk driving.....that's my guess.
at Saturday, June 12, 2010 No comments:

The World Cup of soccer started yesterday. I realize most of you folks aren't into this. Up until four years ago....I wasn't either.
I think up until 2006....I had watched a total of four soccer games in my life and it didn't make alot of sense. Then with the German World Cup of 2006.....I sat and watched a couple of games. And I began to understand the basic rules....the driving force....and the 'tricks' involved in scoring.

Then I watched Zinedine Zadane...the old French guy who was finishing up his career...and carried the French team to the finals of the 2006 World Cup. The clip attached has the five-star show of the 'tricks' that this guy could do (throughout his career). 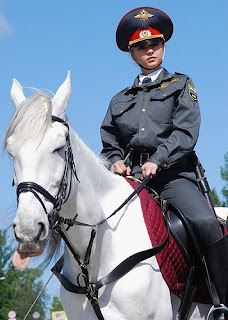 Sometimes...you will catch a story in the news...which kinda shocks you.

Yesterday....the Russian parliament voted to give more power to the cops, and the pieces and parts of the old Soviet KGB. They will be able to pursue and even summon people....who they "think" are about to commit a crime. Yes, you read that correctly....they haven't committed the crime, but the cops think that they were thinking of committing the crime.

Naturally, this disturbs alot of people.

"Police state" was a phrase used by Vladimir Ulas, who is actually a member of the Communist Party.

The bill in question....hasn't finished all the requirements of the national parliament....but it's gone through the first stage of reading the bill.

The key phrase in it? A legal summons can be brought up if the cops think a guy is "causing or creating the conditions for committing a crime."

You can imagine a law like this in the US....where cops could arrest people and just say they looked criminal or looked evil.

My guess is that it'll pass...last three years...and the cops end up admitting it created more business than they could ever handle....and the court system released ninety-eight percent of all the guys arrested under this concept.
at Saturday, June 12, 2010 No comments: