The Lord of Chocolate?

This rich dude...Anthony Lord....went out on an agenda. He wants to corner the chocolate market. Today, he owns 241,000 tons of chocolate....seven percent of the world's market. The belief is....with weather in some countries acting in his favor....and some markets cooperating (perhaps illegally).....he will drive the price of chocolate sky-high.
Naturally, for you folks who prefer Baby Ruth or Snickers or M&M's....this is pretty serious. In the next month...you might walk into Wal-Mart and notice your chocolate choices doubled in price.
In fact....Anthony might hold out long enough....and get the price per pound more than tripled.
What can the US government do? Well....we could establish a committee on chocolate, or a Czar on chocolate. We could go out and use US federal funding to buy chocolate as well.....driving the price down....or up....depending on how we do this.
So my suggestion here? I suggest you go out and buy as much chocolate as possible....and start hoarding it. Yes, it may drive the price even higher....but you don't want a chocolate shortage.
at Monday, July 26, 2010 No comments:

As most of you know...I work in the Pentagon. I had two unusual events today.

First, I went to the Pentagon barbershop. It was my first trip. The lady grabbed me at the front door....and in four minutes...she was done. I stood there in shock...the last four-minute haircut was in 1977 at Sheppard AFB, Texas.

Over the past twenty years....I typically ended up with German gal cutting my hair and it turned into a 12-14 minute experience. At one point on a trip to Turkey....I had the twenty-minute experience with my nose hair trimmed and the ear hair burned.

It was interesting to watch this Pentagon haircut. She had a vacuum cleaner hose attached to the trimmers....and had most everything cut in two minutes. And the amusing thing is that it was $10.50....which is four bucks cheaper than the mall barbershop I tend to go to.

The second experience of the day centered on this post office chief in my organization. I came to meet the guy today...a Vietnam War vet and one of those characters that you wish a book would be written on the guy.

The fascinating thing was that he was a sniper during his tour in Nam....which makes him a bit of a odd character to start with. Snipers are different in dozens of ways. They think differently and react differently.

Then he came to mention his passion...jazz. And it's not just a listener. He actually is one of those amateur musicians who goes out to Las Vegas and opens for jazz acts there once a month.

I came away fairly impressed. These postal folks tend to have quiet reputations that they don't brag much about...and then you kinda learn this entire different side to them.

Dengue Fever is a pretty dangerous bit of mosquito-carried fever to get.

You end up with a 103-104 degree fever. You have terrible eye pain. You start to suffer from serious dizziness. Then comes the headaches. And finally, you start coughing up blood. If you haven't gotten to the doctor by the second day of issues...your odds of living start to go down real quick.

In Africa...it's a pretty high rate of death because you don't get seen till the last day or two before you die.

In the US....we had Dengue Fever wiped out in the 1960s...compliments of DDT. Course, around that same time....DDT became illegal, and you can't use the stuff today.

Well....Dengue Fever is back. Folks in southern Florida are starting to notice this now. The local authorities are a bit nervous about this because there's not many ways to counter the Mosquitoes carrying the stuff. Don't even bother mentioning DDT. 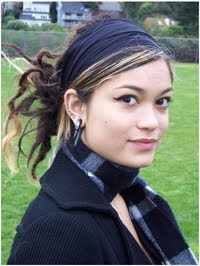 Here in the DC area...to show how naive and stupid folks are...this cyber expert built up this character for a social site. It was a 'hot, lusty, femme, fatal gal'....with a terrific picture (bogus of course).

Within a month, the fake computer gal, who worked for some US government agency...had 300 'friends'. Course, they didn't list who the 300 were...but you can figure they were all males...probably within the US government.

The emphasis here was that folks aren't asking questions...they just 'attack' and become friends with just about anyone.
at Monday, July 26, 2010 No comments:

For those who kinda sat there this morning and trying to figure out this WikiLeaks story....an introduction.

At some point...in a chat with a civilian who Private Snuffy felt he could trust...he laid out his entire plan. The civilian looked at the mess and told the authorities. Private Snuffy got arrested. He's now under lock and key with the US Army. Snuffy's dad has said bluntly at times...this kid has screwed up big-time.

So over the weekend....the chief of WikiLeaks...who the US government has been looking for....released the tens of thousands of documents.

The story they tell? A war that has twists and turns....never improves....and there are vast numbers of people who are absolute liars in Afghanistan and Pakistan. Various folks wrote messages over the past six years...and they paint an environment where there is no predicted outcome with the war. You can't trust anybody in Pakistan's government, and the corruption in Afghanistan makes even New Orleans appear like a collection of Catholic saints.

For the Obama administration...this really comes at a bad time. It doesn't help in putting a vision forward to conclude the war...and puts everybody on the defensive. Senators will now sit and ask how everyone was always so positive when they met with them...but negative in reality.

The chief of WikiLeaks? Well...folks kinda want him now. I suspect that he'll have a problem in avoiding capture. He's in Europe...or at least the experts think that. I suspect he's probably living off someone's sailboat and trying hard to avoid detection. When finally captured....the US will ask for him to be brought into the US, and face a hundred counts of crime.

As for Private Snuffy? Well...there's the potential for 10,000 charges now. If I were the Army prosecutor....I'd line up each individual charge. He could end up with 10,000 years easily. When he enters jail...I'd probably make sure that he gets a unique environment...no news, no TV, no internet, and no books to read except fiction. This way, he won't have to worry about anything.

The war? This could be a catalyst of sorts. If the war can't be won....which the leaks imply....then it might be time to figure the exit and save us time, money and lives.
at Monday, July 26, 2010 No comments: