It All Adds Up

There's a small amount of talk today out of Milwaukee...over teachers.

There's this fight brewing with the union and the city...over crunched benefits. The union wants their taxpayer-funded Viagra back. It was cut as part of the deal to prevent layoffs....and some folks are pretty stiff over this deal.

The union is now pushing hard....to get back their Viagra. They've spoken to a judge and want him to force the drug back on their plan.

The attitude by the school board is simple....at $20 a pill...this is adding up and they can't really afford this luxury.

I sat and pondered over this. It's a sad situation for these older guys. They've got young women in the class all day and dressed in a provocative way. They go home, and there's Wanda their 50-year old girlfriend or Vicky their 38-year old wife. For some reason, the attraction isn't there. They need the blue pill to fill in the void.
If I were an administrator....viewing this entire mess....I'd make up my mind to hire women only and dump these costly guys. Luckily, I'm not in the school business.
So as you sit there and wonder about the various costs involved in teaching Johnny math and science....remember, somewhere out there....there's probably a blue pill or two per week for the teacher, and you might be paying for that as part of Johnny's education.

The Saga of the Library of Congress 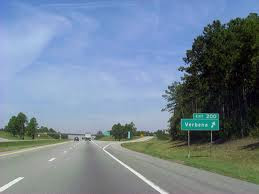 Somewhere in the midst of all the stimulus money handed out last year....was $17,679....for Rockford, Bama.

It's a curious thing...this actually came via a Library of Congress Trust Fund Board in a grant.

The purpose? From the Library of Congress?

The town wanted to fix or upgrade their patrol car.

For those curious, there are around 428 residents in Rockford.

I'm pretty sure that half the folks in town aren't even aware that repaired or upgraded patrol car was fixed via stimulus money....but the curious part to this story, which we will likely never know....is how they got tied into the Library of Congress.

It would be curious to know how many patrol cars that the Library of Congress repairs each and every year. Maybe we'd even find out the number of police pistols or bullets they buy for small towns throughout America.

So if you are traveling via Rockford....and the cops pull you over there, you might want to ask if you could see what got fixed or upgraded. I'm betting a set of new high-performance tires....maybe the AC was fixed, and perhaps some new hubcaps along with a paint job down at Charley's filling station.

The nifty thing is that this saved America in some small way...from the spiral of the economic downfall. It might take a case of beer to convince us of that, but it did.
at Friday, August 06, 2010 No comments:

A Degree Means Nothing

I was reading a commentary about four years ago from a guy who had a daughter who was graduating from high school and destined for college. She had latched onto this idea of getting a degree in English literature. He spent several months trying to convince to get a degree worth something...that would actually pay after graduation. She had been extremely impressed by her high school literature instructor and simply didn't buy dad's advice. So he was going to pay out $100k to a college, and anticipated that in five years...she'd come back admitting her screw-up.

Sixty years ago, there was enough room in the US to graduate a couple of hundred kids in English literature each year and give them ample jobs with book publishers, magazines, and schools. Today? Well, there are thousands of these folks and frankly, their use to society is questionable.

Today, there was this new report out via Yahoo, over the twenty worst paying college degrees.
I looked over the list.
There was religious studies...which has some severe limits on life after graduation. After being a minister or counselor, your thrust in life is pretty much contained for the next forty years.
Art history made the list. You might get picked up by some museum in New York or Connecticut but your advancement depends on some old guys dying conveniently at the right times. Frankly, these guys stay around till age seventy for a reason....dismal pay....so you might have a number of years at each step of advancement.
The truth of the matter is that we've turned university attendance into this mythical step in life. It's supposed to guarantee some position that pays, so you can go out with a $37k a year starting job....and buy a $280k over-priced house. And eventually, you will be so addicted to credit, that you will wonder why the lousy plumber makes more money than you but never attended a day of college.
I worked with a officer once....whose degree was Civil War History. He and I were in the intelligence field. I questioned him once over this....if this didn't limit him in life. His response was interesting. There are a thousand lessons in life from the Civil War period. If you learn how Lee, Grant and Lincoln screwed-up or scored, and then use those tactics for leadership and management scenarios....you end up as a 5-star manager. I sat and pondered over his comments for a while, and realized that he just might be right.
I tried to take this template and apply it to a degree in recreation & leisure. After a while, I realized I'd need at least half-a-bottle of Jacky D's to come to some resolution on this analysis. It wasn't worth thinking about.
So for you young punks out there and entering the twelfth grade this month...wondering about your vast calling in life in approximately twelve months.....don't screw this up. If you are going off to Texas Tech to study Texas art history, Greek philosophy, or medieval gourmet cooking....you might ought to pause and think about how this relates to living the good life at age forty.
For some odd reason, we just don't have much need for experts in Greek philosophy today. And if you relate that to pay, you might want to be a truck driver or corrupt political kingpin from New York state instead.
at Friday, August 06, 2010 No comments:

We had an interesting stabbing yesterday in DC. For me, this is a fascinating land, that lies barely two miles from me...across the Potomac River.

There was this intern....a college kid...who works at NPR (National Public Radio).

She was on the way to work, when some gal....walked up and stabbed the intern in the back. The best that the cops can determine...it was totally at random.

The emphasis of this mess...is that you could be simply walking down the street and sipping coffee on the way to work, and this nut-job could come out of your left side and simply pick you at random...and then turn to stab you. There's no place on the face of the Earth like this.

Drugs? The cops won't speculate and I'm betting that they never tested her. They want a simple case with no challenge on drug issues. The stabber gal is likely to get a minimum of ten years for this deed...and then they will turn her loose on the streets again.
at Friday, August 06, 2010 No comments: