Just Something To Ponder

Someone pointed this out during the week....since the Republican loser in the primary intends to now run as a write-in vote for Alaskan senator...can anyone really spell her name?

There's about twelve ways that you could spell Murkowski, if you really can remember it.  Would the local guy from Homer be able to remember the right way?  Would the judge who handles the write-in stubs there....be able to qualify what the guy wrote and what he meant?

In Bama, this would be a serious issue.  In most small towns throughout the state of Bama....there's always five or six votes for some NASCAR driver or some NCAA football coach.  It's usually a joke, but at least you can spell the guy's name.  In this case....Murkowski?

It'd be a funny thing if you could find another Lisa Murkowski in the state of Alaska right now, and encourage her to run....then you'd have a Lisa A and a Lisa B, and the write-in crowd would be puzzled over which is which.

This is an amusing situation to ponder upon.  Typically, you don't have to think about things like this....and you just pull levers one way or another.

I'm thinking Lisa is sitting there at night....having a Pabst, and wondering how stupid this game is....but you got to act serious and pretend you can still win....for something.
at Saturday, September 25, 2010 No comments:

This week, the Republicans came out and mentioned their threat against government workers in 2011.  They don't have the votes this year, but they will in January.

The deal?  They want to freeze adding new employees unless you are into security organization.  The deal would be a one-year operation where if a guy retired or just left....you couldn't refill the slot.  You'd have to wait until this one-year freeze finished up.

I sat and pondered over this, then I started laughing.

It doesn't matter what you do then, except wait.  Around 60 days into this freeze....there'd be problems starting up.  Around 100 days, software wouldn't work, servers wouldn't be reliable, and web pages would freeze.

Across every single government organization....major failures.  So congress then gets nervous with this stupid Republican strategy.  They suddenly want a unfreeze.  So they start this process, but its a funny thing, the HR departments lack real leadership because the contractor companies were smart enough to steal them as well.  So this quick-to-change-your-pace moment is now gone.  Everyone now admits it'll take five months to get back into gear....maybe longer.

So by the end of 2011, there's a ton of money spent on contractors to make up for a stupid Republican strategy.  The money they were supposed to save?  Flushed right down the toilet.

I laughed over the Republicans game-plan.  If you wanted to screw up the government even more than what we have now....you'd let these idiots carry out their plan.  The Tea movement?  They'd take this one-horse trick and start to dump on the Republicans just a badly as they were doing the Democrats this year.

And the silly thing?  Go to any company and ask them if they would do a worker freeze....and they'd kick you off the property.
at Saturday, September 25, 2010 No comments:

This is a story that most of you Bama folks had best shy away from and just skip.

Folks down in southern France....near the resort town of Cap d'Agde (best to pronounce Cap-d-Agggde)....have a reputation. 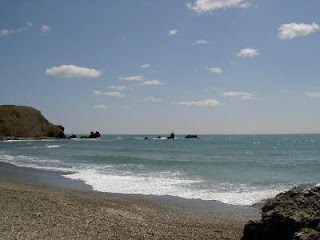 Frankly, it took decades for them to be known throughout France, Europe and the world....as France's "Naked City."

Basically, if you were into nature and just laying around the beach with nothing on, this was paradise.  You could hang out at a pub....drinking till you were fairly wasted....with nothing on.   You could stop in at a ice cream shop by the beach and guzzle down some chilled peach ice cream while wearing nothing.

Alot of folks got around to thinking of Cap d'Adge as a great place to even bring kids because this nudist thing was so acceptable and wonderful.  A family-minded nudist theme was adapted in the past decade and this just piled more and more cash into the banks locally.

Course, eventually....someone had this idea that being nude on a beach was just step one.  Why not invite the swingers to Cap d'Adge?   So these adult theme hotels started to pop up by the beach.

Naturally, as most folks from Bama would ponder upon and realize....it starts to upset the nude-theme folks greatly to have swinger-theme folks around.  The two parties just don't mix.

Over the past couple of years, it started to become obvious that wild sex was occurring out on different parts of the beach with swinger folks.  This stirred up the local political folks greatly because they just wanted clean living nudists at their beach.

The mayor has jumped into this mess....trying to find a nifty middle point, where swingers and nudists could both enjoy the thrills of Cap d'Adge.

It's an odd problem.  Most folks from the US can't possibly imagine how you'd end up with a mess like this.  It'd be like inviting a wrestling event to be right next door to a international model show, or having the Democratic National Convention in the same town as the Republican National Convention on the same week. Nothing good can come out of a situation like this.

I'm thinking Cap d'Adge has a problem is now impossible to fix.  The swingers probably love the atmosphere, and the nudists think it's paradise.  They will simply fight this out and the locals will end up filming all of this for some reality show that they will sell to M-TV or the History Channel.  I can already see this on the history channel....maybe called "Freaky French Fun".
at Saturday, September 25, 2010 No comments:

For those who didn't know....California is in a budget crunch.  In fact, its so bad, that the legislature is sitting around and arguing mostly, while not getting to real cuts in business. 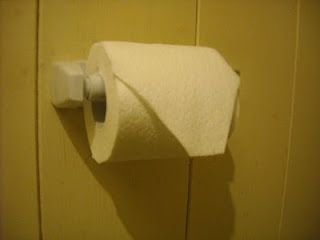 This week, an email started up around the California state parks team.  Unlike most states that have a dozen states parks at best (except Texas who has around fifty, of which eighty percent are north or south of Dallas), California has around around 270 state parks.  You can imagine the cost of running just plain clean up and ranger support.

So the budget episode is just on a continuing talk and talk and talk situation.  If they don't pass anything by 1 October....most folks now believe the toilet paper in state parks will run out that first week of October.

I sat and pondered over this.  Folks would come to a park for the afternoon....and they'd have to bring a roll with them.  If they were lucky....with a family of five....one roll would be enough.  But then you could imagine Dad's coffee kicking in and a bout of diarrhea with Micky Junior.  Then you'd have this moment where Mom realizes there's only four sheets left and she yells for everyone to make a run to the car and they'd be heading home or to the nearest grocery store.

The sad thing here is that they pay out over $100k a year to ten thousand retired state and local employees.  Just by cutting 40 folks off this list, you'd have enough to cover the whole state budget for toilet paper for the year.

Finally, I got around to thinking about the business side of this.  If you hired 250-odd illegal aliens and had them placed at these state parks after 1 October....with toilet paper for sale....you could probably take home $1k a week on sales from each park.  I'd be fair.  I'd sell a roll for $1.50 and just smile at folks who complain.  If they were unhappy....they could just pack up and go to the grocery.  I'm betting I could be a millionaire within a year off this idea.  But I'd have to count on the idiots in the legislature to continue their argument.
at Saturday, September 25, 2010 No comments:

Stephen Colbert appeared in Congress yesterday.  It was by invitation....a discussion over jobs and illegal aliens.

It's best to say that no one took anything he said serious.  And it kinda shows how far down that congress has come in the past thirty years.

If you went back to the 1800s....you didn't have these type of affairs.  They never would have dreamed up comedians or TV stars or Hollywood types showing up at Congress.

Did it help anything?  No. Did it hurt anything?  Well....if you were a Democrat in a tight race....your opponent will bring this out about your friends bringing comedians into Congress for nonsense....while folks are unemployed.  Apparently (it would be suggested), they've got time to do stuff like this but not save jobs.

I rarely watch Colbert these days....while I will watch one or two shows from Jon Stewart a week.  I just don't buy the act or the humor of Colbert that much....it's the same category as Jay Leno or David Letterman.  You might find two good punch-lines per evening and thats not enough for me to stay up and watch.
at Saturday, September 25, 2010 No comments: