Something Else to the Story 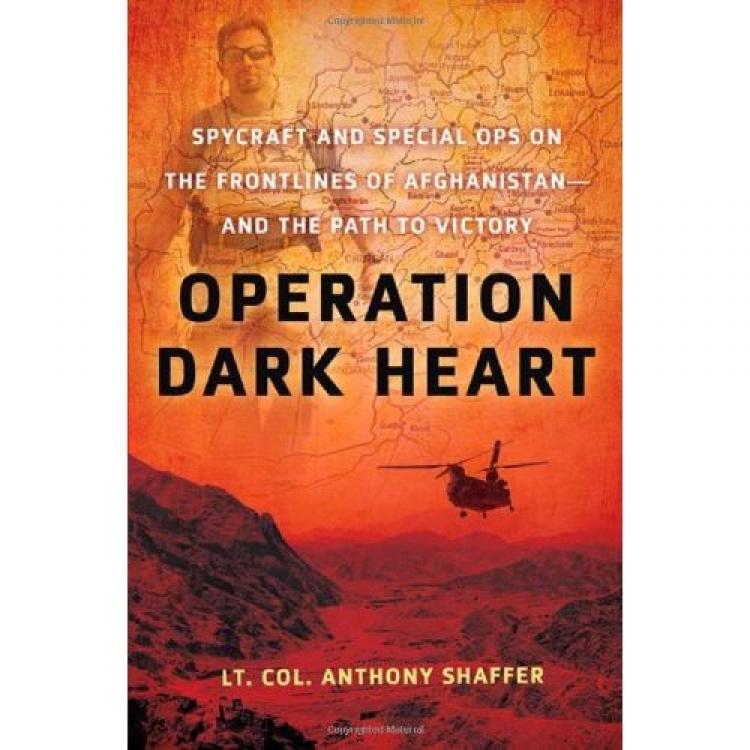 A few weeks ago, the Pentagon came out and bought all 10k copies of a book written by a Army officer.  The book?  Operation Dark Heart.  The book never hit the shelves and no one is sure about the contents today because of the action.

It's an amusing affair.  This book, written by Lt. Col. Anthony Shaffer went through all the typical Army processes when you write a book.  At the end, the US Army cleared the book for publication.  It was a done deal.  Then weeks later, when the intelligence services of the Pentagon learned about this approval....they go into a fit.  Eventually, the Pentagon itself gets involved, and digs up the cash simply to buy the book....to stop publication.

You see, what the media missed on this....is that the military intelligence services could have simply used their national security card and stopped publication....without paying a cent.  But, they didn't want to appear in court to play that card.  So they simply pulled out cash to settle their issue.

At the time....I thought several of the major news agencies would wake up and ask stupid questions.  If the Army had already approved this, and you had to use cash instead of the court system.....there's a funny smell about this book.

What does the book speak of?  Well...it's about the operations we had going in Afghanistan....before and after the invasion of Afghanistan.  Somewhere in the heart of this book....people are now realizing that the Intelligence world had operations that were already identifying lead 9-11 hijacker Mohammed Atta as a major problem....at least twelve months before 9-11.

There's a story over at Fox News today that lays out some of these issues.

When you work for the US military...you end up signing an agreement that if you ever write a book....it'll be judged by your service.  Lots of folks write books and some have little to do with military subjects.  In this case, the writer wrote an entire book, and the US Army passed judgement that it was OK.  I suspect that they didn't see an issue in admitting some things.  The intelligence folks disagreed but their the signing-off of the book was already accomplished, and I suspect no court would have done anything without some major explaining.

So stand back and watch this comedy develop.  Some folks will have to explain how they approved the purchase of 10k books in a court system, and what exactly was in the book that upset the intelligence folks, but not the US Army.
at Tuesday, October 05, 2010 No comments:

The Sins of Casinos in Bama 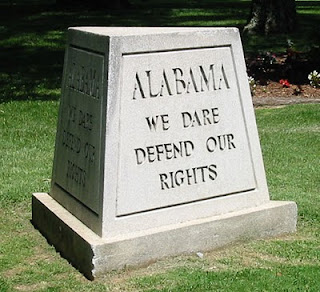 A while back, the kind political folks of Bama sat down and discussed bringing in casino gambling. Naturally, a bunch of Bama folks (especially Baptists) got upset. But the boys kept talking...especially on the phone.

Well...the FBI arrived in Bama yesterday...and started arresting state lawmakers (and a few lobbyists) because folks had discussed "getting paid" in their phone conversations. There's at least ten political folks arrested so far....from both sides of the aisle in terms of Republicans and Democrats. State senators Jim Preuitt, R-Talladega, Quinton Ross, D-Montgomery, Larry Means, D-Attalla, Harri Anne Smith, I -- Slocomb....were among the group.

I can imagine these folks, plus a number of the remaining political folks being pretty hostile that the FBI probably listened in on them as well.  They are probably relieved that they didn't talk or say much of anything.

The mess left to clean up?  All of these guys arrested have to find decent lawyers, and the right court to get the case heard.  They will have to donate some money to the right political party, to ensure the right judge hears the case, and then the right verdict comes down.  All of this means cash.  You can figure at least $100k spent on lawyer fees over the next year by each gentleman, and probably a bribe somewhere in the neighborhood of at least $100k.

Who tripped them up? Its strange how the timing of this occurs 30 days out from an election.  This would make me believe in an agenda that goes back at least twelve months.  Will this "agenda" be brought out in the court?  Yes.  It wasn't that long ago that some folks said that Karl Rove helped to put them in prison and worked a release with that claim.

The sad thing?  We are now a decade away from getting real gambling in the state of Bama, unless you are an Indian reservation.  I'd suggest that folks just give up....find a good Indian group to sponsor gambling...and just accept that as the best you can do.  It's hard to imagine how we'd be without those Indians and their casinos around.
at Tuesday, October 05, 2010 No comments: