Observations of a Vote

Yesterday, this topic came up.....a number of states are discussing the idea of letting non-citizens vote.  The intention here...is that these guys are here on a VISA....paying US taxes, owning US property, putting their kids through an American school system, and they deserve this right.

Naturally, some folks have brought up the issue that citizenship was always thought to be part of the voting process, and this screws up they felt was the "norm".  Oh, and the idea that ninety percent of non-citizens are Democrats bothers some folks.  This ninety-percent hasn't exactly been proven but folks think it.

I sat and pondered over this.  In the beginning....you couldn't just vote in the United States.  There were rules.  Basically, you had to be a guy, owning property, and a freed man.  When you come around to the 1812 election, you could be sitting in a Georgia county, and be one of six hundred men in the county who could vote.  Naturally, this meant on election day that you showed up in the county seat.

This journey to the county seat would likely take half a day and you left way before the sun rose.  You'd arrive around noon....get free whiskey compliments of one political party....vote.....and by mid-afternoon try to find your way back home, while mostly drunk and accepting the weather as best as you could.  If you ever wondered why so many guys came down with pneumonia in November and died by early December....you can understand the issue of weather and drunken behavior.

At some point, after the Civil War....black men had the right to vote.  Being a land-owner came to be a problem that got worked out but then folks had this poll tax business to overcome the lack of property.

By early 1900, then came the issue of women getting the right to vote....which some states had serious issues with but others just grumbled about it and accepted it.

Then came the Constitution change where 18 year old kids were considered an adult, and got their right to vote.

So today, the next modification?  Non-citizens?

I was pondering the next decade.   Once you allow non-citizens the right....the discussion of age comes back up.  Why limit adulthood to 18 years old?  Why couldn't we go down to 15 years old, and allow these kids to all vote?

But why stop merely at this point?  Why limit this to the living?  If you were alive in the past year, and past away, then you ought to have the right to vote in that year's election....especially if you already filled out a absentee ballot.

The way I see it....we could generate 400 million ballots and votes in an election year and get this into an interesting situation.  Heck, we could charge $14 as you enter to vote as a handling fee, and make a couple of billion dollars for the government.  We could even offer up a two-for-one vote situation with a forty dollar service fee attached....and pay off national debt in just four elections.
at Tuesday, October 26, 2010 No comments:

Email ThisBlogThis!Share to TwitterShare to FacebookShare to Pinterest
Labels: vote

Why Things Are Screwed Up

My associate in the office....had lived down in the Carolinas up until early January, and then accepted this job at the Pentagon (like me). 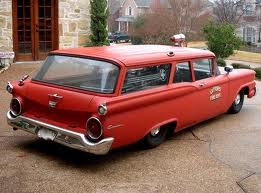 He'd put himself into a very successful position....making six-figures.  For the last five years....he'd accepted a huge amount of daily stress and worked over fifty hours a week...every single week.  At some point in the fall of last year, he had a serious black-out and the ambulance got called.  The ambulance toted him a distance of about four miles.

My associate thought his health insurance policy cover the ambulance, and up until this weekend....had continued to believe that.  Then this letter came up.....which had gone to his old residence.

My associated called up the collection agency over the weekend.  They wanted the $850, and then they had a $500 fee now tied into this whole thing.  You can imagine this conversation.  The agency wanted to let my associate know that his entire credit rating could be screwed with.  My associate asked what good would they do (he had no intention of buying another house for several years)?

In the end....my associate finally wrote out a check for $850 to the ambulance company.  He kinda explained to them that he didn't appreciate the way this was handled and the whole problem of moving.  I'm hoping he has some luck and they tell the agency to stop their actions.  But if not....this $500 fee becomes a silly topic.

We all sat there....contemplating this ride.  Basically $250 per mile, to get him over to some hospital.  In Bama, up until the early 1970s....if you were bad off....your cousin or relatives pulled the pick-up....tossed you in the back....and got you to the county hospital in thirty minutes.  If you got there dead.....then that was the way God intended....at least that was the way folks thought about things like that.  Today?  Folks have an expectation of living....and these ambulance companies are willing to charge $1000 a trip....to give you that extra thirty percent chance.

Personally, I'm living in the 1970s right now, and advised my associates to just toss me in a pick-up and dump me at some emergency room.  I'm not picky, and I'm not about to pay $1000 for some fancy ambulance ride of eight minutes.  If they want to dump me in the ambulance...it'd best involve free Pabst beer for the eight minutes, a tube-topped hostess, some fancy ribs, some Sweet-Home-Alabama tunes in the background and highlights of the Auburn football game from Saturday on a big-screen TV.
at Tuesday, October 26, 2010 No comments: