How to Defeat TSA & their Pat-Down 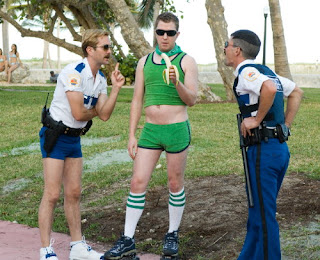 For several days....this TSA thing has been discussed.  Some folks are taking this cop-frisk act as being pretty serious.

You basically have only two choices when you go via a flight these days.  You go through the x-ray blaster...which is now being questioned by folks as possibly dangerous (not yet proven).   Or you allow a pretty hard frisk to occur on your body.

Being from Bama....I sat and pondered over this a while and finally came to a observation.  The Reno 911 crowd (guys) were always famous for walking around in short-short shorts...and some skimpy man-shirt.....and looking like a guy off the street of San Fransisco.  My suggestion...is for guys to start showing up at airports and let the TSA guy go for the frisking....and make sure you leave your underwear at home so he gets a real good feel of something.

It'd help if you had a fair amount of sweat built up and this musky smell as well.  And I'd suggest that you moan just a little when the TSA guy runs his hands over your leg.  After a week or two.....a bunch of the TSA guys would start to quit the service and go back to UPS & FEDEX.  The idea of feeling up some guy's skimpy shorts just won't sit well.

We could do this for a couple of weeks and this whole mess with frisking would just stop.  I realize I might look like an idiot in skimpy short-short shorts.....but it might be worth the effort. 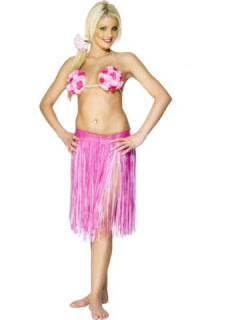 As for women?  I had this other idea...hula skirts....whorish-looking...like some gal from New Orleans or Memphis.  No underwear of course, and it'd scare up these female TSA folks in a hurry.  I'd also recommend a musky smell if possible.

If I sound anti-TSA....well.....I probably am.  These are wannabe cops who basically see themselves as saving America.  They believe in everything they say....and look like idiots.  In the beginning, I was like most folks....I wanted to believe they were the solution to the problem.  But instead, they've become part of a bigger problem.

Just a moment of pondering from a Bama guy.
at Thursday, November 18, 2010 No comments: 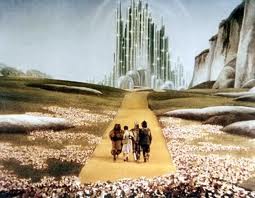 There is talk now that the Wizard of Oz will be remade.  For me....if you had to pick ten movies that are absolute classics....this would be one of the ten.

It's hard to imagine anyone remaking this and how it would be any different or better.  It's also hard to imagine who would play in this. There are probably eighty stars who've heard the rumor and now running up to toss their hat into the ring.

Frankly, I don't have much enthusiasm for a project like this because the movie is already a classic.  Very few of these attempts ever succeed (count the most recent remake of King Kong as a major success).
at Thursday, November 18, 2010 No comments:

Best to Just Grit Your Teeth

Finally, the smoke cleared today, and Representative Pelosi will remain as head of the Democratic Representatives in Congress.  The vote?  Heath Shuler put up a bit of a fight and the final tally was Nancy with 150 votes and Heath with 43 votes.

I think this was a great victory for the Democrats.  The image of Nancy will continue on and folks will not have to force themselves to recognize anything new for the Democratic party.

Heath mostly picked up what was left from the southern Democrats and it was their last chance to try for some recovery in 2012.  Currently....with this team....if you were a southern Democrat still surviving....you can pretty much count on your seat being vacated to a Republican challenger in twenty-four months.

This game really shifts down to even the lower levels where you were just a state-house Democrat in Mississippi or Tennessee....and now you know you have to find some vastly different image by summer of 2012 to survive.

In a way, it reminds you of a NCAA football team who has scrapped by with a 2-10 season and the coach proudly announces he's got an extension for another year.  Everyone on the team would like a change but frankly, the university just isn't buying that argument.
at Thursday, November 18, 2010 No comments:

I sat there and pondered over this.  The senate will try to discuss this briefly and cut in this lame duck session.  I doubt that the votes exist....so they will wait until January when the Republican-controlled house will bring up the defunding.  Via various methods...by October of 2011....my guess is that they will find ways to cut at least half that three percent, and the President and Senate will have to accept that.

There are two questions here.  Is NPR being honest that it's only three percent?  My guess?  No.  I think the NPR management crew actually believes most of their own propaganda and aren't really grasping of the fifty various ways of hiding money as it flows into NPR (yeah, a dozen Soros foundations likely sit in the wings and sponsor thirty percent of the funding is my guess).  If this were more likely to be twenty percent, it'd really change the management scheme in a drastic way.

So if NPR lost the funding...what next?  If it were a lousy three percent as they claim...they could cut a couple of bills....let go of five of their big "stars" and somehow survive.  Add a foundation or two, and they could continue on.

I suspect the budget team for NPR is sitting there in a locked room and trying to figure this way of explaining things the right way.  The three-percent story works but how long can they survive and who will they lean on to provide the rest?

Twenty years ago....the state of California would have stood up and said they would take care of their entire budget of NPR.  Today, they are broke.

Companies?  I suspect that most have pushed the plate back and don't want to engage further.

Foundations?  With so much money sliding around for political agendas....this might be the only way to survive....being a all-foundation-run organization.  It's comical to think of this being possible in this age....but there's no plan B left to execute anymore.
at Thursday, November 18, 2010 No comments: