There are a couple of stories today....that simply make me sit there and ponder.

The President came out today and wanted folks to know (he had the question tossed at him during the morning)...that he does have an opinion on NFL football and the potential season shut-down. He laid out the bulk of his thinking with this thought that the industry (not the players) ought to be able to divide up $9 billion in revenue....in a sensible way of course.

Then he kinda said that he had the ability or authority to "fix" this if necessary.

I sat there and thought over this.  There's no President ever to step into a sports negotiation mess.  With the five hundred possible problems confronting America today....you'd have to sit there and rank the potential NFL strike as possible around #488.  For this.....the President wants to get involved?  And he thinks he has some authority or reasoning to do so?  Maybe he'd put the Taco Beef issue ahead of this....if you ask me.

Then we come to the district federal judge (Vinson) who basically told the Attorney General that his ruling has around seven days left before he enforces it over the health care law.  For around a month now....the Attorney General has sat there and simply made some comments....and not made a single move toward appealing the ruling to the next level or the Supreme Court.  Typically, within two weeks....you tend to see the Attorney General jumping up and putting some type of request into the system.

Again....the priority of the White House and Attorney General is suspect.  Does the NFL strike rank higher than universal health care law?  I kinda doubt it.  To be honest....the substance of such an appeal is likely to consume twenty pages at best....so any team of a dozen lawyers could write this in six hours.  My guess is that no one on the Attorney General's team wants to volunteer for the job.

Some group of scientists tested shopping carts....and they found three-quarters of them had fecal-material on them.  I pondered over this for a while.  Naturally....most women wash their hands after using the bathroom....or so they like to brag about this.  I'm thinking some of them might be lying about this.  Naturally, I'd suggest to you folks to carry some Clorax around with you and dab the shopping carts with a liberal amount.  My guess is that some dimwit will create a shopping cart washing machine and then charge you a $1 to get an absolutely clean cart each time you shop...and you would be stupid enough to pay the dollar.

Time magazine came out today with an article suggesting America is definitely in decline.  I observed six lines of the article....then thought about Time....which was mostly defunct and obsolete.  I wondered about the "decline" of Time....and if these writers for the organization can really label something properly.

Finally....out of Wisconsin....the Republicans there in the state Senate say that they intend to order the fourteen Democratic state senators to return by 4PM today....or be found in contempt of the Senate.  Naturally, this hints of a custody episode.  Who would take up the custody?  State police?  I doubt it.  State National Guard?  Nope.  No one within the Republican side of Wisconsin politics can really say for sure who will apprehend on this situation.

It's not a story that you will likely see in the US news....because it begs questions.  The story?  Someone did a survey in Germany with doctors....and discovered that German doctors routinely prescribe placebos to patients.

Apparently fifty percent of German doctors played the placebos game.  In Bavaria alone....almost eighty-eight percent of doctors prescribed doctors that were more of a vitamin nature than actual medical nature.  The general feeling is that people think the drug is helping them...thus giving the boost that they really need (for pain or whatever).

I kinda sat there and pondered over this.  For a lot of drug companies....this is not the news that you'd like to hear.  In fact, you might want to rush out and get political folks charged up to ensure that doctors only give out real drugs....and not vitamins. 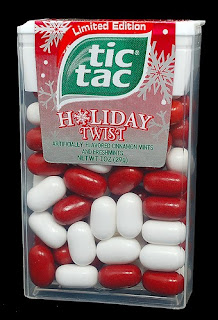 But the other side of this is interesting.  We are mostly saying that most medical visits (figure $50 a visit) result in you getting some fancy vitamins....which you could have asked that Wal-Mart gal in the shoe area to give you the same advice....for free.  Are we paying out billions, for advice that your nutty neighbor next door could give you for free?

I'm of the mind that we need some magic Tic-Tacs....made from Peruvian ladies of Inca-heritage that have a magical Cinnamon-like taste to them and cure you of forty-four different ailments.  Put a fancy label on the container and make sure that only certified doctors can hand you these.  Chew these whenever you desire, and they will enrich or improve your life....plus, freshen your breath.

In a way, it's sad.  But the nature of business is to scam you into getting something you probably don't need.  And the only thing stopping you from the real drugs....are the real doctors.
at Thursday, March 03, 2011 No comments:

Last night, I attended my first ever...opera.  I'd been to a Queen-musical show (a pleasant experience) several years ago.....but my attendance at Madam Butterfly last night was my step into classical opera.  There were a number of observations.

First, it was at the Kennedy Center.  I'd always heard about the place but never been there.  It is mighty impressive and a bit grand in scale.  The place certainly doesn't lack for marble.  If you were hungry....it'd be best to eat prior to the show or bring some moon-pies with you.  The fancy restaurant on the top floor is a bit grand in scale and offers mostly food that I'd turn down...and you can't find much of anything for less than $16 (a short salad).

Second, they had some side hallway stuffed with present-day art from the streets of India.  To be frank....when you put some lusty busty gal up in a ceramic piece in some kind of pajama outfit....I just don't see it much as being art.  The same is true for Elrod-the-Elephant god figure, or some Cow-like god figure.  I'm probably not much of a judge of art.

Third, you tend to notice ladies who enter the building.  I sat in the big leather couch at the front for a while.  We had gaudy ladies wearing stuff that resembled pajamas.  There were trailer-park sluttish dressed gals.  We had trophy wives.  We had 20-year old gals with their 60-year old boyfriend (or husband perhaps).  We had gals who resembled Tulsa truck drivers....complete in jeans, boots and a sweatshirt.

Fourth, when the show finally started.....I found myself in some balcony seat about eight inches from falling off the side of the 2nd level balcony.  I barely slide into the seat and kept thinking it's a fair drop down.  It kinda bothered me for the entire show.  For you folks who might have a couple of beers or wine coolers prior to a show....you might ought to skip the drinks till after the show.

Fifth, Madam Butterfly....is basically this opera about this US naval officer who has arrived in Japan and done up this contract marriage with a young Japanese gal.  At some point, it unfolds that she's fifteen years old, a bit immature, and does a few things to disgrace her family (joining up with some American Baptist community from what I could figure).  It was a great musical piece.....that I will admit.  But when you stand back and look at the story unfolding.....some things just don't come together in a logical sense.

Sixth.....I've come to the opinion that I could write the story for opera in about eight minutes.  Course, the music part would be impossible....but I could lay out the sad woeful tale of just about anyone and someone else could toss in some opera-like music....and you could have a fairly decent show.  Course, I just can't see this as being much of a occupation for a guy.

Seventh....some advice for you folks over six feet tall.  These opera houses don't exactly have leg room.....so if you've never done a opera house.....you might want to be picky about the seating choices.  If you think American Airlines is the worst at having virtually no knee room in their seats....then you've never been to the Kennedy Center.

Finally....I believe I am the first out of a twelve generations in my family in the US....to attend an opera.  On the priority list of things....I needed to accomplish this, but I will also admit that I don't see the big deal about operas....except observing the dress and appearance of ladies and the best style of pajama to wear to a gala event such as Madam Butterfly.
at Thursday, March 03, 2011 No comments: