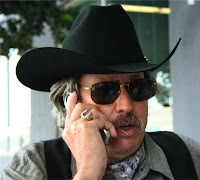 Probably not the news that you'd want to hear about....but bounty hunter Leonard Padilla (who generally gets his man), now says he is willing to hunt down the Wisconsin fourteen state Democratic Senators....and bring them back home to Wisconsin.  Leonard's comment: "I don't know if they need to be handcuffed to their chair, or just in the state. But I said we can get the job done."

The catch...he needs the governor to deputize him...and give him the thumbs up to go.  I'm guessing a film crew will accompany him and get the footage to turn this into a profitable adventure.  I'm guessing that several other bounty hunters will want to get involved.

The necessity of this?  This is where we start getting into muddy waters.  You really don't want the fourteen guys and gals dragged back into the state.  It's bad public relations and makes them look fairly foolish.  Adding to this mess?  I'm guessing a pro-union group of fifty guys are standing around to protect the fourteen at the resort hotel in Illinois.  So there might be some bumps and bruises on some folks....with a taser or two used.

Thought for the Day

Which one works best for Time?  Global Warming or Global Cooling?  All from the past....thanks to modern technology. 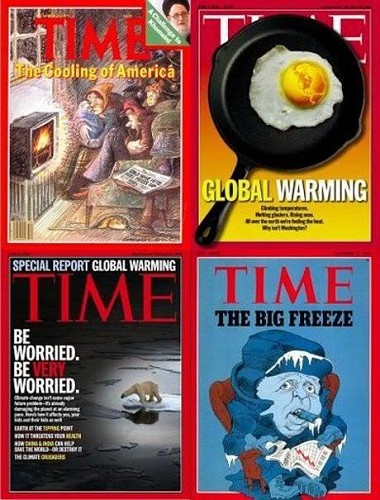