It's a comical thing....these guys cooked up this fake Arab organization....that was very much anti-Israel and anti-Republican.  So they call up the some of the head folks of NPR in DC....Ron Schiller for example.  Ron and Betsy Lilly checked out the internet and here is this fantastic page run by MEAG (a Muslim brotherhood organization with money)....course, it's all fake.  But Ron doesn't realize it.

Ron and his buddy come to have lunch with the two fake Arab guys.  It's an interesting meal.  Ron wants the Arabs to know that intellectual Americans are the true people that run things and that the Tea Party folks are mostly all nuts.  At some point, the two fake Arab guys joke with Ron that his NPR organization is like National Palestinian Radio, and everyone has a big laugh.

By the time this all ended....I mostly had this bad taste in my mouth over NPR.  I might have been somewhat neutral at times....but I've lost that feeling.  At some point, Ron admits that NPR could lose all government funding and that it'd continue to survive....but it's stations (it's heart and soul throughout America) would be the ones suffering.  It's a curious thing....they have a mountain of money but they'd never share that down to the state level.  It's all about protecting the mother-ship.

Kinda sad in a way.

A Historic Meeting in the Making? 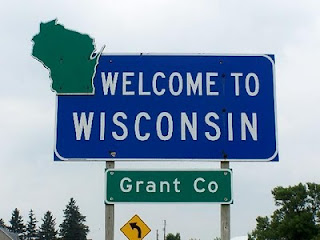 News today out of Wisconisin indicates that the Democratic state minority Senator....Mark Miller....would like to meet with Republicans “near the Wisconsin-Illinois border to formally resume serious discussions.”

The governor apparently didn't take this too serious....saying Madison was a more appropriate place to meet.

I sat and pondered upon this.  You could imagine this convoy of vans coming up from Illinois to some state highway point facing Wisconsin.  They stop and get out.

From the opposite direction....another convoy of vans stop, and a bunch of guys get out.  Around three hundred news folks are camped out and filming this meeting of the two groups....along the border of Illinois and Wisconsin.  I'd also toss in six thousand other folks who just stop their cars because they've never seen anything like this.  So it'd be kinda crowded.

Folks would stand there and point fingers.  They chat with passion.  Some reporters would try to ask stupid questions while trying to entice the Republicans to cross the border into Illinois.  Some Democrat would accidentally cross the border and admit he was a bit confused. 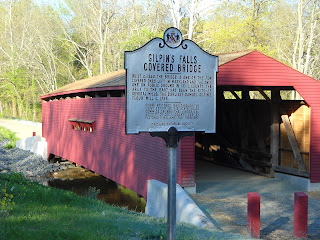 After an hour of talking...mostly about nothing....folks would get back into their vans and drive back to where they came from.  A couple of Illinois and Wisconsin tourist experts would haul up and place up a historic placard of some type.

It'd read: Here along route 4, a historic meeting between Wisconsin Republicans and Democrats occurred, without much said or done.  Thirty-eight thousand dollars was spent by attendees, guests, and reporters on soda, food, and rental vans.  Locals came from miles around to observe the meeting.  Nothing much else happened.

My suggestion, and I realize State Senator Mark Miller is awful busy.  But if you just had a telephone....you could call folks in Wisconsin and converse on various topics....rather than driving up to some state highway and hanging out on the side of the road making a fool out of yourself.  So move up to the modern age, and call your buddies.
at Tuesday, March 08, 2011 1 comment:

I sat and watched about sixty seconds of Charlie Sheen's tirade last night.  The studio officially fired him yesterday.....so that part of his career is finished.  He talked about some massive lawsuit, but to be honest....it's all talk and no substance.  As peppy as he's getting....he has to be on meth.

What happens to Two and a Half Men?  They didn't cancel the show because they'd like to change it and keep it going.

My suggestion is to change the title to Two and a Half People, and hire a lesbian to be Jon Cryer's cousin Erma from San Diego.  Charlie has moved to Thailand and will never return....Erma, is a long-lost relative who appears and needs a place for a week or two.....and just stays.

The theme of my idea is that Erma brings in these various women and both she and Jon Cryer compete for these women in the end.  Call it a female version of Charlie.....but it's in a totally different vision.

My choice to play Erma?  Melissa Gilbert from Roseanne, who happens to be a lesbian.  Not a heavyweight certainly....but she has a flair as a comedian and would come at twenty percent the cost of Charlie Sheen.  And I could see the show continuing on for another three or four years.
at Tuesday, March 08, 2011 No comments:

How to Bankrupt a State 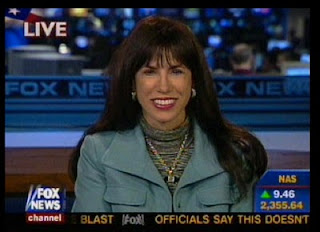 Carole Hankin, the head of the school board of Syossett school district....runs ten schools and around six thousand kids....on Long Island, New York.

The governor of New York finally figured this out....or least he claims he figured it out.  He wants to change the rules so no school board chief in the state could make more than $179k per year.  The odds of him being successful?  Based on comments around the press?  Less than thirty percent chance.

I sat and thought about this.  Most school boards in southern states probably pay around $90k to $120k a year.  I think its mostly a silly amount of money but you need some idiot to run schools.  The funny thing about this $506k...is that the government and state end up taking almost $200k for taxes by the time you figure out the situation.  So she doesn't even get to see that money.

The pension?  Well....they haven't mentioned much on that.  I'm guessing she could walk away with $200k in retirement....which is fairly silly.  So you wonder why states are going bankrupt?
at Tuesday, March 08, 2011 No comments: