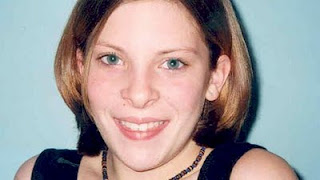 Two months ago....this curious episode started up.  News Corp, News of the World Newspaper (out of the UK), and Rupert Murdoch all got dragged out into the public's attention.  I sat and watched this event unfold.

Amanda "Milly" Dowler had disappeared in the Midlands of the UK.  Thirteen years old and no apparent reason to run away.  The family turned to the cops, and they did the routine man-hour interview process.  Nothing much was happening.  News of the World got onto the story, and did their own version of a man-hunt for "Milly".

At some point, News of the World goes onto voice-mail account via her cellphone....without permission of anyone.  We can debate privacy....but considering that 20k email or voice-mail accounts are hacked on a daily basis in America....does it really matter?

By September of 2002...."Milly" is finally found....dead....apparently murdered.  Things launched into a murder investigation....but to this day....no prime suspect has ever been found, and it's simply a unsolved murder of dozens committed around the Midlands in an average year.

The more I read into the actual "Milly" case....the less interested I am in the Rupert Murdoch angle to this story.  It's like a red herring.  I don't care about the privacy side of this case, the actions of some editor of a newspaper, or who in News Corp authorized this.

The curious thing now?  For every ten hours that the cops actually spent on the "Milly" case in 2002....we are spending one thousand hours now in a investigation sense but only looking at News Corp and Rupert Murdoch.  The killer is walking free and we apparently don't care.

Another curious thing?  When a teenager typically disappears in England today....the cops will typically throw two guys at the case for around eighty man-hours.  They interview the parents, the neighbors, the friends, and look into relationships.  There's got to be some kind of clue standing out....for them to really go past a hundred man-hours.  Their boss will eventually re-prioritize things and maybe there's another twenty hours the next month to continue this.  Either the kid shows up or a body shows....that's the sad extent of any state-run search.  The parents are better off in hiring a private-investigator....but that involves money (which they typically don't have).

So nine lousy years have passed....."Milly" is still dead....a killer walks the streets.....and we only get to this key accusation against the News Corp folks because one of their former detectives told the story (he's dead from a suicide about a month after it all comes out).  The best we can do? Damn the News of the World, News Corp, and Rupert Murdoch.  The comical side of this is that even the US government wants to investigate News Corp now after hearing that maybe they went into the voice-mails of 9-11 victims.

This is what we know.  General Motors has this lawsuit going against it.  It's over an issue with the suspension system of 400k Chevy Impalas built from 2007 and 2008.  General Motors has appeared in court the last week, and spoken out that it cannot be held responsible for this "flaw" because of their bankruptcy.  The deal is, by their vision, there was "Old GM" and now you have "New GM".  Naturally, New GM does assume any responsibility under this bankruptcy deal to fix anything but regular repairs.

The court listened to the comment and has yet to render any statement.  It's hard to say how this will be interpreted.  The fact that the case is in a Michigan court right now....might swing things to New GM's direction....if you ask me.

I sat and pondered over this.  Basically....any Old GM car built before the 2009 bankruptcy....is worthless by my interpretation of this court episode.   I would not even offer $100 for a Corvette under these circumstances.

There is this opportunity for Ford here.  Make a commercial....has to be a sixty second deal....talking out about how new Coke died out pretty quickly because it just wasn't as good as old Coke. Then you get to Old GM versus New GM.  You hint that they won't even stand by their brand name, their customer, or their reputation.  Then you shove into the picture some 80-year old guy talking to his grandson...."kid, if somebody won't stand by their work....don't waste any time with them", and they climb into a Ford F-150 pick-up.

The problem I see.....based on the incompetence of GM over the past three decades....is that they will repeat the bankruptcy about every ten years.  So eventually....New GM will lead to Newer GM.  Then another bankruptcy, with the new title of XXL GM.  Then another bankruptcy and a new title like "GM-plus".   You basically get out of dealerships and warranty action.....every five years.  It's a great strategy, for a company operating out of Bolivia....not the United States.

So if you own a car made by Old GM....don't waste any Turtle Wax on the thing.  Don't bother about fixing the squeaky door.  Don't worry about the dent on the hood.  Just drive it until it's got no life left in it....dump it with the crusher guy and skip by the New GM guy as you shop for new cars in the future.  Whatever your dad said about Chevys.....just forget about those wise words.  That was from another era....when John Wayne meant what he said.....when you left your front-door unlocked....and there was just GM (not Old GM or New GM).
at Saturday, August 20, 2011 No comments: