How the Postal Game May Fall 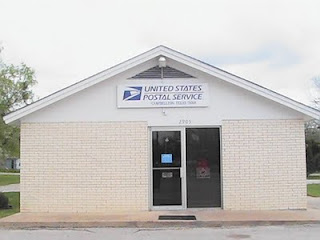 Over the past week, it's been reported far and widely that the US Postal system will likely default by the end of this year unless Congress comes up with approximately $5.5 billion.  And even if they find this money and help the Post Office folks through this mess.....it would barely give them perhaps six months before another financial problem occurs.

What the Postal system would like to do....is cut about 100k employees, redo their entire health insurance package with the employees, stop Saturday delivery, and cut out at least a thousand Post Offices throughout America.

Naturally, folks are fighting against various parts of this.  Employees don't want the cuts or the health insurance changes.  Towns are fighting to keep their small Post Offices open.  And some folks are even hostile about cutting out Saturday delivery.

So I lay out the likely scenario.  I don't think that Congress will make a single step toward helping the Post Office system, until they've actually defaulted on their $5.5 billion payment owed to the health insurance business.  At that point, they will authorize only enough money to cover daily expenses, and then direct them to make Saturday delivery obsolete, and to start the cuts of the Post Offices immediately....and that the union must accept a change to the health care program before any more cash will be flushed into the system.  My bet is that they will give just enough cash for Postal system to survive for 100 days.

The union will go ballistic and demand Presidential attention.  Small towns who lose their Post Offices....will be extremely harsh on the Republican Congress.  And this radical Saturday-delivery crowd will end up with airtime on CNN for some odd reason.

As the 100 days come to a close and no real action committed by the Postal system....there's a brief seven-day shut-down.  Folks get all upset about this.  Then suddenly the FEDEX and UPS folks start a one-day a week mail delivery system.  You drive down to your local pick-up point and dump the mail into a FEDEX box....and it gets delivered a week later.  The cost?  When you round up all the numbers for this one-day-a-week situation.....you save seventy-five percent of what the Post Office was spending.

The union guys for the Post Office start to get nervous about this.  You just can't have real competition against the system they've built up.  By the end of 2012....toward election time....some folks are asking why they need to continue the national postal service....and just let FEDEX and UPS  take up the slack.

Just my humble opinion
at Monday, September 05, 2011 No comments: