Germany, the Bush-Gore Election, and Revenge

Back during the Bush-Gore election.....Germans got all upset about the counting efforts in Florida.  The various news sources in Germany alerted everyone that Florida officials basically couldn't count, and this cost Gore the election.  Naturally....Gore losing....was a a bad thing for Germany (go figure).

I sat and listened through this episode, which was often taken both serious and to the far extreme of comical.  For most Americans who had to tangle with any German who brought up the Gore vote counting.....it was always something you tended to listen to.

So this past week....the revenge finally occurred.  Unbelievably.....German officials declared that they had cleared over $60 billion dollar in debt....in a matter of minutes.  Naturally, American economists were shocked and wanted to know how Germans were able to accomplish this.  Our guy Timmy, at the head of national debt crap in DC.....likely called up the German finance folks and begged for advice.

So, the Germans finally had to explain how national debt could could be wiped out in such a short bit of time.  The answer?  Well....the bank guys went back over to Germany's one giant crappy bank that is in dire straits.....the German nationalized Hypo Real Estate Bank.  Basically, they admitted that they had screwed up originally....and that cash securities were tossed into a negative column....when they ought to have been in a positive column.

You can imagine this scene....Helga is overworked and under-paid....hasn't had more than six weeks of vacation this year, and half of that time was in Malta.  She was likely stressed out and tossed around $30 billion into the wrong column.....so when they found this error and tossed it into the right column.....it'd added up to sixty billion dollar change.

The comical side of this....the EU folks have this office which manages statistics for all the countries.  They naturally had to rush out and publish an entire new book on the official numbers because it's such a dramatic shift.

So you can imagine this meeting now occurring....some guy who had to defend the Bush election results with Gore, and he's asking the German guy to explain again how you suddenly found sixty billion dollars in a matter of minutes.  The German guy is all upset and angry....saying it isn't something to discuss.  The Bush guy then asks if the Germans need some help in balancing their books.  The German gets more hostile.  And finally, from the corner of the room....sitting there quietly....Timmy from the Obama administration....asking if the Germans could share some of that sudden found wealth, with the poor Americans.  At this point.....the German suddenly starts to feel better.

As for Helga?  Well....I'm guessing that there's a team of German economists running around the entire country now....wondering if there's billions more listed in the wrong column.  Maybe Germany might be more wealthy than they thought.
at Tuesday, November 01, 2011 No comments: 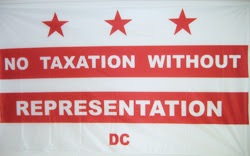 The head of the District of Columbia city council has put forth an aggressive measure to make statehood a top-level episode for 2012.  He's going after other states and will be trying to get various measures passed that show support among the fifty states.

For a historical prospective on this....it was never an intention of the original folks to make the District a state.  DC was supposed to be a zone where national politics would be played out.  There would the President's house, the capital, and housing lots for the rich and wealthy of America.  Yes, in some ways.....it was supposed to be this upscale area where 1770's lobbyists and land-speculators played out various games.

No one ever brought up this statehood business in the 1800s.  In fact....it's around the 1970s that the first real effort was made to turn DC into a state. There was zero support at that point among the political factions of Congress.

Today?  The idea is that you've give two Senators and one Representative to the state of Columbia (notice District literally disappears and you have Columbia to add to your vast knowledge of American states).   The comical side of this starts to appear because you'd have an area the size of Dallas....with two Senators.  Most states wouldn't be agreeable on this effort because of the size relationship to the two Senators.

Adding to the episode....there would be various actions that would come after the statehood.  You'd have to elect a Governor and have state representatives and state senators.   There would be a Mayor in the middle of this mess.  And I would imagine at least four hundred people with end up with state-level type jobs in the state of Columbia.  Imagine another hundred black SUVs running around Columbia on top of what you have currently....helping the folks who live in a six-by-six mile area.

For the rest of us?  Every single flag in America would have to be replaced.  You can figure a minimum of $300 million spent across the nation.  Toss in brand-new maps to show the state of Columbia, and you probably have another $300 million.

So this is my prediction.  Over two hundred American cities will vote on a resolution to support statehood.  Most will be from California, Maryland, and Wisconsin.  A dozen American cities will come out to vote against such a measure....mostly from the south.  There will be around fifteen American states that will come out and support a resolution.  The US House and Senate?  They will be in the midst of an election year and frankly....won't care.

The problem with this business is that once you get to fifty-one states, and everyone starts to grumble about the way that a small area gets two Senators....then you start to have serious discussions about breaking states up.  Within three years....I would imagine five states prepared to bring measures up to split states up into various pieces.  We could be facing sixty-odd states within a decade.  It's inviting a huge mess.  Imagine having all these 100 idiot Senators running around on radio and TV talk shows now....and adding another twenty to that mix.