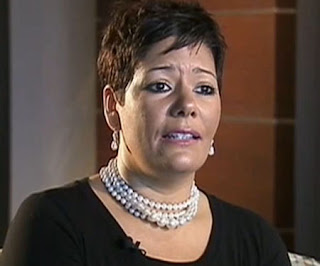 After a week of watching the Ginger and Herman show....I've come to this observation.

For thirteen years....Herman was apparently paying Ginger for something.  It might be rent money, business support money, whoring money, fix your transmission money, or perhaps even beauty shop money.  We just don't know.

Ginger wanted everyone to know that she was having this affair and having hot lusty sex with Herman.  Although she really doesn't mention the hot lusty sex now.  She just keeps uttering "affair" and you keep thinking hot lusty thoughts with her wearing a waitress outfit, or a Dallas Cowboys cheerleader outfit, or perhaps a pizza employee outfit.

Ginger always avoids telling you how much she made each year....which the IRS might be curious about if it goes over a certain amount (gift money has a limit....you know).  Ginger never mentions the hotels where they stayed....or the fancy booze she consumed.

So you are left with an enormous empty spot for this fantasy of Herman and Ginger.  It'd be nice to imagine Herman lounging around a Vegas pool with hot lusty Ginger tending to him....but you just don't get that little piece of fact mentioned by Ginger.  I'll keep waiting but I suspect that Ginger will wake up in two weeks....realize no more cash from the networks or her Democratic helper, or Herman.....and then start searching for a new rich honey-boy. Maybe some retired NFL quarterback will fill the void, but I kind of doubt it.
at Friday, December 02, 2011 No comments:

A Hundred Days Away 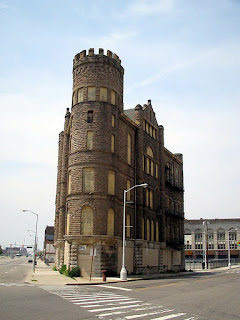 It really won't appear much in your newspaper or your nightly news....but Detroit is on the verge of something rather unusual.  The governor of the state of Michigan has sent word to the city....he wants to review their financial books....now.

Over the past six months....Mayor Bing and the Detroit city council has been on this path, to bankruptcy.  The Mayor has been brutailly honest...they've got funding to continue on for about four months.  At that point, the city will default.

The Governor has already drawn up his plans....approved by the state legislature....but it involves this city manager being put into place and a bunch of very usual powers. This city manager can't raise a dime on taxes....but he can fire employees, change the labor contracts without negotiations, sell anything the city owns, and change the entire budget, if he desires.

Naturally, this has upset the city council greatly.  They can't imagine any 'outsider' coming in and spoiling what they have running.  One gal on the city council wanted to compare this to Rosa Parks being forced to give up her seat on the bus.....but she couldn't or wouldn't explain how this bus would continue to run....without this emergency city manager in place.

There's a lot of fear now.  The unions are actively coming to meetings and willing to chat over contracts.  They might be willing to shift to a cheaper medical plan and possibly take a pay cut of some type.  The Mayor is still optimistic, but with a hundred days left.....he has to move mountains, and I doubt that the city council will agree on his ideas on methods.

Around mid-April....this guy will arrive in Detroit with several state troopers as his body guards.  He'll have a list of a dozen impressive people who work for the city and collect salaries of $150k or more a year.  They will be offered three minutes to consider a $20k pay-cut.  They will refuse, and so will begin the massive cuts.

The forty-nine fire houses in the city?  I would imagine that the engines will be shifted around and less than twenty-five fire houses will remain in the end.  Some houses will burn to the ground with this new concept....but basically....they just don't have the money to run the size and scoop of the current fire department.

The 2,770 cops in town?  Overtime will be canceled immediately, and several officers with no real job in life.....will be brought in and get notice to retire or quit.  They might be lucky to have 2,400 cops by the end.

The city council will meet nightly and complain about the terrible city manager.  After twelve months.....most folks in town will notice a serious change in attitude.  They might even ask why they need a city council.  Maybe Detroit can change.....but it will be forced change....no matter how you slice it.
at Friday, December 02, 2011 No comments:

I work for an organization in the Pentagon, which shall remain anonymous.  It's safe to say that they have a headquarters above them....elsewhere (not in the Pentagon).  Our little group of three hundred odd folks....require a couple of support agreements with several organizations....to operate and live in the Pentagon.

Yes, we 'rent' a spot of space, which we have an agreement with the Pentagon folks.  This agreement provides space, cool air, water, repair folks, and all the things in life to survive.  It's a simple agreement....couple of pages....nothing complicated. Real simple.

The other agreement (I handle both of these)....involves telephone service, which we receive via the US Army's little telephone organization in the Pentagon.  They write up this simple three-page document, and it comes over to me.  I bless it.  My commander blesses it.  Then it goes to our headquarters.  Well....this year, there were problems.

It's a rather simple document and everyone in the Pentagon, from the Marines to the Coast Guard....from the Air Force to "Leon" (the big guy)....all sign their agreement, and life goes on.

My headquarters came back in August, and had problems.  The telephone folks didn't really want to modify much of anything.  Everyone signs their agreement without issue.  The old agreement ended on 1 October.  So naturally, there ought to be a new agreement in effect.  There isn't.

So we are at the 2nd of December.....with numerous suggestions by the headquarters to modify this contract.  They even sent me a template and suggested what the Army telephone guys had to change.

Well.....nothing much is moving.  This morning came this odd event.  Our organizational agreements lady calls me up and she just had the headquarters office chat with her.  They've got this big 'red' spot on their deadlines list.....the telephone agreement between my organization and the Army telephone office.

I listened to her a minute....then realizing which agreement this was, and I asked what exactly she wanted.  She wanted me to know that the headquarters folks were disturbed with the pace of things.

I reminded her that spring would likely occur and no agreement might be signed.  As long as we pay our bill.....which we do....I don't think the Army telephone folks will move an inch to change their support agreement.  In fact....we might go all the way to 1 October of 2012....without an agreement.  "Oh my" was her reaction, but she kinda knows that I might be right.

You've got a bunch of folks who want to move the world.....and some Army telephone folks who want the world to stay contained on three simple pages with twenty-odd other customers from the same building.  As long as we pay the bill....life will continue on.  I just wonder if my headquarters might be stupid enough to withhold money eventually....to test the waters.

So, this is basically how things work in the Pentagon.  Folks moving imaginary mountains, and folks stabilizing imaginary mountains.  And somehow, I survive in the basement.....sipping tea, and wondering if "Leon" has problems like this on a daily basis.
at Friday, December 02, 2011 No comments: