I'd Walk a Mile for Ron 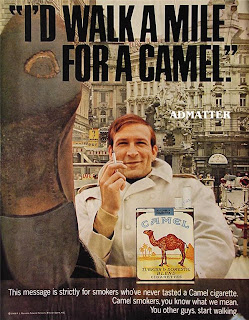 Well....yeah......I came home today and got my voting card (Virginia, you know), and then walked a mile to vote for Ron Paul.

To be honest, I really didn't have much of a choice....the Virginia Republicans ensured I had a choice of Mitt or Ron....so there was no choice.  This was the first time that I had voted in twenty-odd years.

So I walked to the local community center, and was directed into the main hall of the place.  There were two old ladies running the desk and I suspect that they hadn't had many voters during the day.  They checked me against the database.....no ID required, just my card, and shuffled me to some character who was guarding the two voting machines.

He showed me the button....I pressed "enter", and this choice of Ron and Mitt came up.....no write-in's allowed.  I pressed Ron, then it asked me if I had screwed up, and I stood there for a minute....kinda regretting voting for Ron, but hit enter and just accepted the fact that it wasn't a screw-up.

In an hour and two minutes.....they will shut down and in three hours....we will know the winner for Virginia.  To be honest, I suspect Ron will come close to fifty percent....just my humble opinion.  So this will be remembered as the time I walked a mile, for Ron.
at Tuesday, March 06, 2012 No comments:

The local METRO guys added up the subway incidents and crimes for 2011.  For several of the stations, it was a pretty dismal year.  Our one top central station of the entire network....L'Enfant Plaza, ended up with 63-odd incidents.  To be honest, there were probably more robberies that folks just accepted and walked away, without reporting.....like cell-phone grabs and such.

The top ten list highlights stations both in DC and Maryland.  Strangely enough, the bottom four for crime?  All in Virginia....with zero incidents.  Amongst the four?  Arlington Cemetery.

I've been through the Arlington Cemetery METRO station about a dozen times since arriving here.  It's about the safest place you can find within twenty miles....but I doubt if I've ever seen a single METRO security guy or Virginia cop around the area.

The METRO management wanted to suggest that they really don't know why some stations are magnets for crime over over stations.  I've been to a number of stations and can readily admit the limited amount of light in each of the 'tunnels' probably creates an environment that invites people to prey on others.  The L'Enfant station is one of the darkest subway stations in the entire region.

So if you are bound and determined to come to Washington, and use METRO....take these statistics in mind as you plan the trip.
at Tuesday, March 06, 2012 No comments:

Car of the Year

Not that it's going to help much.....but there's a car show in Geneva this week, and of course, you have to pick the European Car of the Year as your opening of the show.

The dimwits selected the Chevy Volt.

I'm guessing that Volkswagen, Audi, and various other car makers are just sitting there and shaking their heads over this.
at Tuesday, March 06, 2012 No comments:

Last year, we had the famous broom-murder here in the DC area, where some guy was cutting grass and left his clean-up broom by the curb.  Some taxi guy sees it, stops, and tries to pick up the broom.  The guy cutting grass ask what the heck he was doing....a verbal argument ensues....and the taxi guy ended up shooting the guy mowing because he perceived a threat.

Well....we've out done that murder.

Over the weekend in DC, we had some guy walking a friend's dog.  They came by some guy's house, who was coming up and was apparently upset in some manner.  He felt that the dog was a previous "pooper" by his property, and wanted to know who the owner was.  Note, at this point, he was holding a walking stick and a knife.

So the guy walking the dog.....took the older gentleman back down the street to his friend's place.  Here, Ellsworth Colbert (age 53) had an intense discussion with Robert Leroy Wright (age 37).  At some point, Ellsworth swung his knife and knicked Robert on the hand.  Things went turbo at this point, with Robert grabbing a shovel to defend himself.

At this point, we are left with a brief comment by the cops that the two tangled up in some brief fight, and Robert fell to the ground......with Robert eventually passing away at the local hospital.

It's pretty good odds that Ellsworth will never walk freely again.  Some folks might like to see the death sentence for him, but this is DC, and you'd have to shoot some political figure to earn that.

The strange thing about this episode?  Ellsworth has been a political mouth piece in the DC area for twenty years.  At one point, he was actually banned from DC city hall.  He has become a very bitter and difficult person over the past decade.  Adding to the story.....he was a DC city traffic light repairman for a number of years.....then in 1997, he got into an argument with his boss, and was fired.  The local press notes that he hadn't really worked since 1997.

So you end up with a murder, over dog poop.  It's a sad way to be remembered as the dead guy in an episode like this.