Disarmed Doesn't Mean What You Think It Does

They sent Leon Panetta off to Afghanistan, for a 5-star public relations tour.  For an old guy like Leon, this is likely wearing him out....making like a sixteen hour flight....talking to a bunch of folks to settle down problems....look happy when he's probably not....and then travel sixteen hours back in a matter of hours.  For a guy like Leon, it's asking a good bit.  But he's a good sport about this and dreams of the day when he can retire to Louisiana, hunt gators and water-moccasins with just a stick and Swiss Army knife, and chase trampy women around the French Quarter.

As Leon landed, they had some radical Islam guy who drove a vehicle out near the runway and blew it up....which kind of excited everyone.  This Islam guy went on to meet 64-odd virgin gals in Islam heaven....or least he thinks they will be around at the gate as he arrives.

Then came the big meeting with local Afghan officials and US Marines in attendance.  Someone looked at the arrangements....got to the new US general....and laid out a issue.  The Afghan folks were supposed to be unarmed for this meeting, so they felt the US Marines attending....had to appear unarmed as well.  So they ushered the Marines out and directed them to disarm....leaving their weapons with some guy to protect until everything was wrapped up.

This got a number of Americans upset and disturbed.  Some folks kindly pointed out that Marines never disarm themselves in a combat zone, which wasn't totally correct....because various occasions in Vietnam caused Marines to be disarmed. 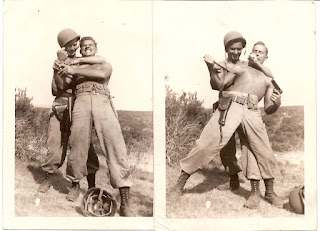 I sat and pondered over this....and what they pointed out was that pistols and rifles were removed from the Marines.  They apparently all still had their knives, and since every Marine is trained to kill with his bare hands....the Afghans in the audience really weren't that safe anyway.  The US general who gave the order to disarm....really didn't issue any order that made the crowd any safer, if you ask me.

It's kind of like putting an unarmed Chuck Norris in the middle of twenty drug-lords, and saying it ought to be a fair fight.  It just ain't going to be a fair fight with US Marines, bare hands, and knives.
at Thursday, March 15, 2012 No comments:

I commented a day ago about Trenton, New Jersey and their problems with having adequate toilet paper.  An update or two has occurred.

First, the city council did finally find $16k to spend on fresh new toilet paper.  I don't know how much this adds up to, but they probably got a six-month supply out of that.

Second, the People for the Ethical Treatment of Animals made a donation of six months of toilet paper....which have a message on the paper about terrible slaughterhouses and crap found in meat sold to you at the local grocery stores.

You can imagine the folks visiting city hall and the police department....using the toilet and sitting there for five minutes....just reading up on slaughterhouses, while doing their business.  Maybe both the Democratic and Republican parties ought to put their candidate's slogans and pictures on toilet paper....and just hand it out as donations as well.