For those who aren't aware of it....the DC government is in serious financial trouble.  It's so bad, that they are trying just about every trick in the book to raise more revenue capital.  This week, the Mayor came out with his new idea....to hustle more booze sales and tax revenue from those sales.  This is a three-step approach.

First, the Mayor wants every booze shop in DC....to open at 7AM, rather than 9AM....like they currently do. In my case, I'd be able to cross over the river....walk up to a beverage shop at 7AM.....buy my booze, and start drinking early.  I would have bought it at 9AM.....so it's hard to figure out how this would help to funnel another $5.3 million in additional sales.  Who typically buys booze at 7AM?  Well....that's another issue.  There just aren't that many guys with a priority of buying booze that early from the liquor shops. A guy from Bama would be hard-pressed to explain this to his Baptist associates.

Second, the Mayor wants bar open an extra hour each night.  For Friday and Saturday night....that would mean closing at 4AM.  Course, the trains and buses usually shut down entirely around 2AM, with a couple remaining trains running....until 5AM, when they all start back on schedule.  What's a drunk guy at 4AM to do in DC?  Well....with no transportation around.....you'd naturally drive home.  So more DWIs and more car accidents at 4AM.  You can imagine a higher ratio of cops around now.....to take care of the drunks at 4AM.

Third and final.....the Mayor is asking for extended serving times for the week or two leading up to each Presidential Inauguration.  This means that no big-name bars will be shutting down at normal times with all the folks from various states visiting DC during this hot period up until the Inauguration.  Everyone will sip long and hard.

Will it dump $5 million extra into the DC pot?  It's hard to say.  One has to admit that DC is desperate for cash revenue and they'd do just about anything.....to get more cash in the pot.
at Tuesday, March 27, 2012 No comments: 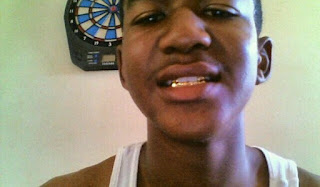 The more time that evolves with this Florida shooting episode....the less likely you are to believe the kid was totally innocent.

Over the weekend, someone finally figures out that the continual flood of pictures of the kid....reflected a 13-year old kid....which he wasn't (he was 16).  So they dig around and find the newest group of pictures.  One of them featured him in some gang pose with the various finger-signs being shown.

Then someone went and found his chat pages, where associates hinted of mary-j-u-wanna sales.  Course, there's nothing to say he did sales, but this commentary back and forth doesn't help things.  The empty baggy found in his school bag....with the scent of mary-j-u-wanna?  Just an empty bag.....which probably was full once, but you just don't know when.

The suspension from school?  Well....all the school will say for the two-week period of suspension....was that it was centered around being in an unauthorized area.  I tried to visualize where in a school that it would get you banned for two weeks of school.  The school bus parking lot? The teachers lounge?  That would usually only get you a day or two of suspension in most normal cases.  The girls bathroom?  Well....you just don't know where in a school a kid could go and get two weeks of a suspension.  Naturally, the news folks aren't asking questions about this.

There are three or four other bits to the updates as well.....that tend to make you ask stupid questions....with no answers from the news folks.

The state of Florida will likely try to prosecute this guy....my humble bet.  But the problem is that you have to talk a jury into going against the Latino guy.  As a defense attorney brings out these issues with the kid....then goes into the possible scenario of what happened that night.....I doubt that you can get all the members of the jury to go against the Latino guy.  Hung jury, with a second trial.....which results in another hung jury.  The Feds will step in and run up a case of a hate-crime.....which has to occur in Florida, which dissolves in a likely hung jury again.

With the government likely having to pay for the defense of this guy in all of these attempts....I expect at least twenty million dollars likely spent by the end of the mess, with no conviction.  The family will go to civil court, and likely not even get a conclusion out of that attempt.
at Tuesday, March 27, 2012 No comments: