A Barney To Protect Us

I had an associate come by my office yesterday….he’s Indian….real Bombay Indian….but not Sikh. He’s of the Hindu group, which is a ‘cousin’ of the Sikhs.

They kinda held a deacon’s meeting Wednesday night, which expanded out to include most of the men of the temple/church. The topic? That shooting from the weekend. By the time things came to an end with the discussion…..it was on the future agenda to make a decision about posting a guard and maybe taking more protective measures.

I offered some advice in this case…..that most churches in urban areas already take this type of measure, and there’s nothing wrong with that attitude. My suggestion was to find eight competent men and just have a listing of rules…..one guy is the armed guard and brings his own weapon into the church. Swap the guy out each week, and maybe take the eight guys out to some range to make sure they shoot forty rounds and feel good about it.

I asked if they would allow women as the ‘armed’ guards, and that kinda got a laugh from my Indian associate. Based on the comments, Indian women aren’t trusted to the degree of handling pistols or such.

So this all brings up this interesting topic….armed guys in church. Having lived in a rural atmosphere for my youth…..I can say that most rural folks handle a rifle or shotgun on a monthly basis. But pistols? Well…..I’m guessing most folks will admit that the last time they shot a pistol was 1998 when they bought the pistol, and they haven’t shot it since then.

Folks then to have disagreements in church. It’s not much to get worried about, but guys will argue over so-and-so taking their ex-wife out on a date, or some woman accusing another woman of hustling in on her husband, or some young guy getting upset about comments spoken about his car.

To be honest, just allowing one guy to tote a weapon in church would be acceptable, but letting everyone tote weapons….just might not be wise. Ministers? Well….Baptist ministers get animated at times, and I’d be afraid of a minister hitting his side once too often, and setting the pistol from safe to full fire, and firing a round into his foot. A bunch of cussing would then following…..disturbing folks that the minister did know those seven words not to repeat in mixed company.

Who do you deputize? Well…forget the Deacons. They are mostly guys in their sixties and prone to falling asleep. I’d toss out any guy who has dreams of becoming a policeman one day. I’d also toss out the guy who routinely does security guard work. I’d probably toss out the guy who drinks a good bit on Saturday night, and I probably wouldn’t want a guy who gets up upset about NCAA football. The truth is….there’s probably only two folks I’d probably trust and they'd be Nam Vets.

We’ve come to an unusual point in life. You need to think in a fashion that you simply aren’t used to. When you leave home in the morning…..stopping to fuel up, pick up coffee and donuts, wander around the office building for eight hours, then stop by Wendys for burgers going home, and stop by the drug store for foot-powder…..the odds are…..you met one crazy nut on medication during the day.

The odds of that one person on Meds going off their Meds for a week, and threatening you? Well….you just don’t know.

It could happen at the coffee shop. It could be the bosses secretary. It could be the gal at the gas station. It could be that blue tie you wore when walking into Wendys. Yep, things have changed. It’s best not to ask a lot of questions, and just devote six seconds of every minute to a 360-degree observation, and have some means of protection on you.

So here's the thing, don't be shocked to have some Barney Fife-character at your church.....armed up in the next month, with a pistol and one bullet.  He'll be the guy who practices fast draw situations outside the front door of the church, and listens into cop calls on his hidden radio set within the fancy suit he wears.  He'll eventually screw up and drop his gun.  It'll go off, scaring the "Jesus" out of the church, and everyone will hightail it out the side door to the woods and hide out for four hours....meanwhile Lester, the old guy on the back bench sleeps through the whole thing, and wakes up to a empty church...wondering if this is a Twilight Zone episode.

From the Commonwealth of Virginia, in 1780….there were zero regulations over farmers. I know this is shocking, but it’s a fact.

From the Commonwealth of Virginia, in 1900….there were probably a total of five pages of regulations. You had a few rules over treatment of cattle or horses. If you sold anything, it was typically done by bushel. These were all regulations that you can grasp and understand.

This week…..out in Paris, Virginia….we had a funny episode. A gal, Ms Martha Boneta, who owns Libery Farms….got threaten with $5k in fines.

Now, Martha had done up a license in 2011….but this only allowed her to run a regular retail agricultural shop. The boys down at the local county office decided that they had to push the regulations a bit, and parties weren’t in this new license. A guy would look at this and start shaking his head. You’d need a license for this, and this, and that….and pretty soon….everyone is monitoring you licensed up for, and if you slipped over the line…..you’d be in trouble if some neighbor felt like reporting you to the county license board.

In 1780….a guy like George Washington…..didn’t have any stupid licenses. George would have been the first to admit that he made his own personal brand of cider and distilled a fair amount of whiskey. George also engaged in various agricultural projects that likely would likely today to fall within the 300-odd pages that county and state agricultural folks have to regulate farmers. George would have been a bit upset and I doubt if the local zoning board would be happy with George’s attitude.

What happens out in Paris, Virginia now? Well….the farmers say that they’d like to personally met up with the zoning board and talk over what they see as a problem. The issue now would be these media guys who show up and start asking the zoning board stupid questions. Zoning boards used to be this dead zone where you could pay up some guy to really make pain and discomfort for your neighbors or competition. I’m guessing the zoning boards guys are thinking long and hard over having a open meeting or closed meeting. One good tactic is to find a place where there’s only twenty chairs (if you zoner-guys were thinking on this…..it only works one time usually).

Guys like George Washington and Thomas Jefferson….would have laughed over this. Some guy telling you that you might have to do a permit for pumpkin carving? Or maybe you were going to invite twelve guys to bring over their best horses and have a personal judgement over who had the best looking horse…..but then discover that you need a permit for such a meeting of horses? How about a permit for a farmer to demonstrate a fancy apple press that he bought from Sweden, and sixty people show up…..another permit? There’s something sad going on in Virginia…..regulation beyond common sense.
at Friday, August 10, 2012 No comments:

Just Dust in the Wind 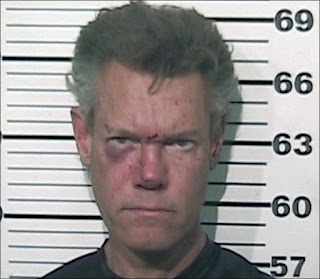 Just a humble opinion.  This latest arrest of Randy Travis....the second for 2012....kinda lays out a life in spiral.

Here's a guy who could write a tune about some weepy girlfriend who was all upset over her boyfriend trucker and his misbehaving ways.  He could belt out some tune that was a Bapist hym decades before but he'd rebuilt it into a modern day country-and-western tune.  He had immense talent.

Today, he's a guy with no future, and likely not to be among us in the future.  Kinda reminds you of a washed-up NBA player who isn't wanted by anyone and just drinks his remaining years down the tube.

The sad thing is that he had talent, but just couldn't focus on it. He's simply dust in the wind now.
at Friday, August 10, 2012 No comments:

A Moment about Isolation

Somewhere, about 500 miles east of Moscow, in the middle of nowhere, in some village.....the cops came to figure out that a cult existed with around 70 folks.  It appears that the Grand Mullah or whatever he wanted to refer to himself as.....had advised everyone about a decade ago to go "underground", so the entire group had been in this underground-like shelter for the past ten years.  Some of the kids....twenty-seven of them....had never seen sunlight.

Naturally, a guy from Bama would ask how you'd survive without any incoming food.  Well....that's the funny thing about the Mullah's rules, there were always a couple of trusted guys (we'd call them deacons probably), who had permission to leave the underground shelter, buy stuff, and return.

The Mullah guy had gone on and on about staying within the group and staying safe while in this underground bunker.  Course, no one ever asked why.

The cops finally decided enough was enough.  Social laws were pulled out.  The kids have been carted off to the local social office, and I'm guessing they won't be returning.  The adults?  Well....I'm guessing they will be medically checked out, and some local cop will try to talk some sense into them before releasing them.  Yeah, they might just go back to the bunker.

Usually, when a religious group resorts to isolation of its members....it's a pretty good indication that they are way out there and the only way to keep the few members they have.....is to isolate them and keep them "pure".  It's hard to imagine going underground for months or years, but I guess if you believe in something bad enough....it's all acceptable in the end.
at Friday, August 10, 2012 No comments: