The Most Threatened City in America? 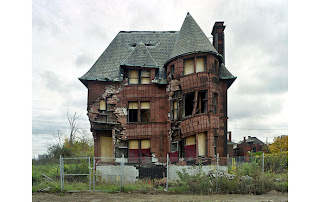 The cops came out last week in Detroit, and basically said....you enter Detroit....at your own risk.

A normal guy would sit and ask some questions.  Did the mayor and city council say this too?  No.  Only the cops and their police union?  Why?  Mostly because there's been continual cuts and limited benefits added to their pay package.  Is there a real threat in Detroit?  Well....as long as you travel in a car, in daylight hours.....nothing much happens....statistics tend to prove that part of the threat.  Would you be safe at night?  Well....if you are at the baseball stadium with two hundred cops around in the evening hours.....you'd be safe. But anywhere else?  Statistically, you have a fairly high rate of something happening if your car stalls out in some bad parts of town around 10PM.

If you offered up a fancy seven-day vacation to Detroit to folks around America....ninety-eight percent of them would think about it for a minute, then decline.  There might be a few folks to accept, but they'd all wrap up their business as the sun went down and just wait till the sun came up to leave the hotel.

Most of Detroit features various ruins, from fancy homes to businesses that failed in the 1970s and just lay there....waiting for a bulldozer.

When the cops put out their warning....they crossed a line.  They've admitted that they really can't control your safety in the city anymore.  It might be a negotiation tactic.....but it invites some discussion.

Detroit just might be the most dangerous city in America....able to compete with the worst of the worst towns in the world.  No one cares.  It can't find any reason argue against the comments.  And the sad thing is that people still call it home and refuse to leave.
at Monday, October 08, 2012 No comments: