Some smart guys have published up this article over at Trends in Genetics.  The theme?  Man was at some intelligence peak....back 150k years ago, and from that point on....we've been losing a micro-point or two of brain capability in every generation.

This comes from a Doctor Gerald Crabtree of Stanford University.  His thoughts are that our prehistoric cousins had to whittle up and sharpen every ounce of intelligence and emotional capability possible.  You needed it.....for survival.

His thoughts are that once we crossed that line where survival wasn't a hour-by-hour priority....we started to slack off.  We got into lesser activities: agriculture, urbanization, etc.  We started to discard thought processes that were fairly important in our lives.

The suggestion here....is that we are simply getting dumber by each generation now.  And there's not much of a way to regain this vast amount of optimal thought processes.

I sat and pondered over this.  Back around 100k years ago, you woke up as the sun rose....quickly prioritizing your day.  You had to go out and kill something pretty quick and get it over the fire.  You probably had sixty-four possible animals to kill, with the threat level going from zero (bunnies) to ten (tigers, mammoths) .  Your cave-gal Wanda might have had a preference for Turkey and that would have been an easy catch.  But your buddy Larry....might have preferred trout, which you had to catch with your sticks and this would occupy six hours of your day to get enough for everyone.

After everyone had eaten....what now?  Mostly just sit around....draw funny pictures on the cave-wall.  You might have had lusty feelings for short cave-gal Lindsey, and tried to state your feelings in a non-verbal way.

Frankly, I don't believe that the guys sitting around 150k years ago were doing much thinking.  Go and ask some guy today to explain the forty-seven aps on his I-Phone.  Ask the guy to explain all the features of his new car.  Ask the guy to program his satellite-TV taping device.  Ask the guy to detail his investment strategy for his 401k account.  The truth is.....we are putting massive demands upon our intelligence ...way more than what a guy in the 1930s had to assemble and think about.  And a thousand times more thought processes than Caveman Joe.

So, I will give some credit to the science guys for looking into this situation.  But I'm just buying into it.
at Tuesday, November 13, 2012 No comments: 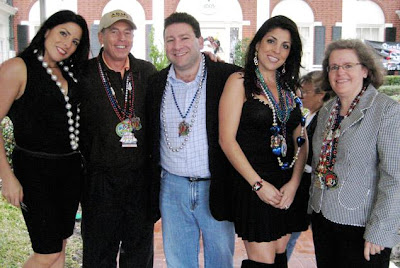 The second gal in the Petraeus episode?  The one who called up for help because she got threatening emails?  It's the number two gal from the right (Jill Kelly).

The gal on the far right?  Her sister....twin sister.

Course, you recognize the general and his wife.

Guy in the middle?  Husband to Jill Kelly.

Gals Lebanese?   Well, yeah, now that you mention it....they came out of Lebanon years ago.  They kinda look like the Kardashians?  Well....yeah....they do look like those hot California sisters.

The odd thing is that the sisters were on the Food Network Channel....doing a taping for the show called "Food Fight".

So you sit....far away from Washington and the real world.  You ponder upon this.  It's rare you ever meet any hot lusty chics.....especially from Lebanon.  Then you kinda think over this journalist/tramp/ slut/Army Lt Col Gal who considered the General to be her property, and you'd see a picture like this and get all upset.

In Bama.....you'd drive over to the gal's trailer and throw rocks at her window.  You let the gal know that she can't haul off and steal your secret lover guy.  You might slash a tire or two.  You might spread gossip that the other gal has mental issues.  You wouldn't wimp out by doing some wussy email or Facebook stuff.

Man, this is way better TV gossip than that stupid election business.
at Tuesday, November 13, 2012 No comments: