The Poverty War and Peace 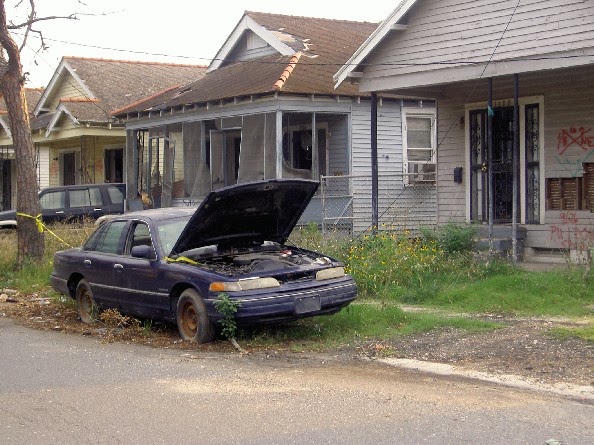 This past week....folks have picked up the topic of poverty....noting that the American government has been "at war" with poverty for fifty years now.  LBJ signed the paperwork, and this is the anniversary of the poverty war.

Results?  Well.....it's a bit difficult to say.  A liberal would say that great success has been made and there's still more work to be made.  A conservative would say that there are some numbers to show a minor decrease, but generally....it's a failure.  The news media will say that there is just too much disparity between the haves and the have-nots. Historians will say that poverty was a lot worse in 1964 than today.  Economic experts will say that poverty is a ever-changing status...a guy spends $900 on a big-screen TV, and $1,600 on fancy rims and Goodyear tires for his car....yet he's still listed as poverty-stricken.

I'm a road-trip guy.  I enjoy road vacations because as you travel in a car....stopping for gas in small towns, and lunch in no-name cafes....you tend to see real America.

Big name journalists for CNN, Fox News, and the letter networks....don't do road trips.  They don't interview real Americans.  They don't ask the right questions.  They don't seek to broaden their world of human understanding.  The last guy who did this?  Charles Kuralt of CBS News.  He's been dead for roughly seventeen years now.

Charles Kuralt could walk into some town....ask fifty questions....and generally come to a standard of living which equaled that one single town.  That standard didn't fit anywhere else, which I generally felt was more realistic than all the statistical stuff collected by the Census folks.

A guy can pretty much survive and enjoy a decent life with a thousand bucks a month of income in Alabama. it won't be a marvelous existence or provide steaks on the table....but you can make it.  The thousand a month in California?  No.  Or least in LA....it won't work.  In New York City....you'd need at least two thousand to get to the basic level of life.

This poverty scale....I tend to find....is mostly not something you can measure across the board.  A guy who spends $1,500 on new tires and pimped-up rims for his car....really isn't in a poverty class.  He may live in a shack, and earn less than $1500 before taxes each month....but he's spending on luxury-class items.  Once you realize that....the whole gimmick of a war on poverty becomes bogus.

I worked with a married guy in the Air Force years ago....wife and one kid....who got $1,200 back on federal and state tax refunds.  He took the cash and the family on a five-day trip to some upscale ski resort in Colorado.  Here he was.....a senior airman....drawing less than $20,000 a year, and the money was flushed out into a luxury trip in a matter of a couple of days.  To me, it didn't make much sense.

My general advice to someone on poverty, or who thinks they are poverty-stricken?  Move.  Get out and find yourself a town with jobs.  Get in, impress the boss and customers, take any classes that you can afford, and move up.  Accept nothing as handcuffing you to a status in life.  If you live in Detroit....find some relative in Ohio, Tennessee, or Texas....and get the heck out of Detroit.  If your closest friends are all losers and all in a poverty class....dump them.  Join up with some church, or find new friends who have jobs and working their way up.

This gimmick war on poverty?  It sounds good.  News journalists can spin this forty-four different ways and always make you shed a tear for Jimmy who lives in East Saint Louis, and just won't leave or move.  Some political dimwit will shovel a sixteen minute speech out to you....over the poor folks in West Virginia....hyping over federal program X, Y or Z.....which is saving those poor folks.  Ten years later?  They are still in poverty.  The programs?  Just tossing money into a black hole, with no hope of payback. No company would do something that stupid....but democracy at work would.

This war on poverty?  It's kinda like War and Peace....kinda thick....lotta doom and success, tragic moments, woes, sorrows....and the great thing....it just keeps adding another chapter each year.

The Air Force has wrapped up it's investigation over a bunch of cheating within the nuclear officer's at several northern tier bases.  Right now.....thirty-four officers are accused of "cheating".  It's a curious episode.

From the group of thirty-four.....some of them never actually cheated with the testing business....but they knew others who did and just looked the other way.  The Air Force doesn't like that type of behavior and will punish them.....even if they didn't cheat with the tests.

The testing business?  Well....this is the other curious piece to the entire story.

Nuclear officer business....is rather complicated, filled with key-words, and not an occupation that anyone is thrilled with or desires.  The Air Force for the past fifty-odd years has invented an amusing process.  If you "volunteer" to be a nuclear officer.....they give you a leg up on your next career move in four to five years.  That might be a juicy assignment to Florida, a key job which gets you promoted early, or a masters-degree program which makes your resume extremely valuable after retirement.

I sat and watched several intelligence officers get talked into doing a four-year tour in the nuclear field.  Each questioned it, and were fairly negative.  Then came the enticements.

A guy enters the Air Force as an officer with a bachelors degree.  If you want to get after a masters or PhD.....you do it on your own time.  Well....the Air Force says....since there's only two or three hours of real work in the nuclear bunker during a shift.....you can devote the rest of your time to your educational process.  This means a guy could bring in his books....his college thesis....and spend eighty hours a month on his degree.

Beyond that, it's a long and boring job with no satisfaction.

Making it tougher?  Oh yeah.....there's all these key terms, codes, and paperwork requirements.  Naturally, you have to enter a class in the beginning to learn these, and then there's a certification test.  You do this test every year usually....to certify yourself.

Up until the late 1980s....tests were simplified and not terribly difficult to grasp the right answer.  I came to realize around 1991.....some officers were gearing various tests, for both the officer and enlisted fields.....to be substantially tougher.  Just two or three hours of studying....wouldn't work under this new concept.

I worked for an Air Force officer preparing a quiz which was part of an intelligence certification.  She had a hundred questions that were written out on paper....and I needed to input them onto a computer.  I went through the quiz, and had to admit that half of the questions were indepth and complex.  At least fifty percent of the questions were written in a way to be intentionally confusing....I even made that comment to the officer and tried to persuade them to be clearer in the statement....to no avail.

I suspect over the past two decades....these "test-masters" have wandered around the Air Force, and made it their life goal to turn simplified tasks into complex testing situations.  This episode with the nuclear officers?  I'd take a strong guess that these officers felt immense pressure, and could not see themselves failing.  So they went to plan B.  Unethical?  Yeah.....but if your choice is failure or being unethical....then you make the right choice.

What the Air Force says....is that they will force the entire lot of six hundred-odd nuclear officers to retake the certification test.  A new test, of course.  Possible failure on a fair scale?  I would anticipate it.  It'll take a number of weeks, and eventually....some general will be asked to sit in a room while a couple of officers want to explain to him that a twenty-five percent failure (my guess) has occurred with these officers.  They can't understand why.  The general will blast them.....you have to know why or you shouldn't be in front of me.

So new tests will be devised.....study groups will be mandated (then dissolved because that's cheating in a way).....and some folks will be pulling double shifts because there's not enough certified nuclear officers around.

A comical mess?  Yes.  I'm guessing Army officers kid the Air Force officers on a daily basis with this whole routine.  And I doubt that this ever ends....we will simply go into cheating version 2.0, or 3.0, and find ways to call it something else....other than cheating.
at Thursday, January 16, 2014 No comments: