The Boris and Natasha Problem with the National Healthcare Act

This week, it's come out that some Belarus computer programmers....were hired up as part of the Affordable Healthcare Act, and there's this remote possibility that personal data might be derived from what effort they put into their part of the package.

All of this is kinda fuzzy.  It basically out of the intelligence apparatus that the US operates....maybe even NSA's little phone hacking stuff....although no one is saying for sure.  What they do say...is that they kinda figured out that odd connection, and think that the healthcare agency ought to audit the entire program.

The odds of a real audit?  Well....since I've worked in the government....I would make this analysis.  It's likely that they'd have to hire some other company...maybe some company that is based out of Canada but entirely owned by some Bolivian potato chip company, or some Swiss banker, or some German fake-count who owns real estate in Poland.  The audit company would produce some report....which might be true....or fake....but you just don't know.  Part of the problem here....is that the government just doesn't have real expertise anymore.  They have to hire out.

Where does this lead folks?  Well...if you used the healthcare site and start to notice odd things of some Belarus guy using your ID and finance info.....you might want to alert someone.  Course, if you report it to the FBI or NSA....there's odds that they have to type the info into a database....delivered by some Belarus company working for some Mississippi contractor.  So, don't expect much.

As for Republican attitude and slam's on this?  I can see the ad already.

Scene opens with Boris and Natasha (from Bullwinkle 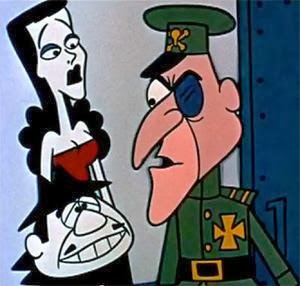 fame).  Boris is dressed in a black leather jacket, and Natasha is in a slightly silky garment with sixteen different curves to be noticed, and would bring a chill to most women from the heartland.  They sit at a cafe waiting on someone.

Natasha: You know DARLING....I always let you do that.  But isn't he going to ask questions.

Boris: Maybe, but you just work your magic.

Then, Senator Tubby....long-term Democrat Senator walks in sits down.

Boris: Senator....my goodness....it's such a pleasure to see you again.

Senator Tubby:  Well, I've heard that you need my support.

Boris:  WELL, Senator.....we need you to just vote "yes" straight up and down for the Affordable Healthcare Act.

Boris looks at Natasaha, and winks.

Natasha now puts her hand over the Senator's hand, and comforts him....saying: Senator, we know you will work with us and THE PARTY.  After all is done, you will vote for this.  And you will pleasure yourself later with the thought that if you like your democracy....you can keep it.

Senator Tubby gets all peppy and happy.  Boris slips him an envelope.  Scene closes.

Why Belarus?  With all the programmers sitting around unemployed in Tennessee, Alabama, Mexico, Poland or South Korea?  We had to go over and do this with Belarus programmers?  Yeah....something about this whole deal leads to a planned second problem down the road.  No idiot would do this....unless it was intentional and for a certain purpose....sadly.

Society is plagued by an epidemic of sorts.....going on for several thousand years. Some guy discovers that people like pepper, and then figures out a quick trade route to bring a ship of pepper into a port and sell it for a vast sum....then repeat the practice until others get in on the deal, and drive the pricing down as they compete.

The same is true for guys who figure out that silk feels really good when you wear it.  The issue is getting it from China to Paris, and there's always that oddball guy who puts his life and entire personal savings up to bring some silky stuff to sell on some Parisian street.

Folks used to hate the old candle-lit business, along came this guy who knew how to use kerosene and deliver it to small towns across America.  For some reason, he figured the way of getting it out of the ground, sent around the country, and market it to make a profit.  Yeah, he hated competition, and eventually made fighting competition a bigger deal than delivering his own product.

Some other geeky kid sat in a garage and figured out a cheap way of building a computer....but then got inspired with what the heck you could do with the cheap computer....so he devised software.  He put his entire life ambition into this deal, and invested any penny he could raise....to make for a business empire.

The earliest capitalist?  Well....you could put King Solomon into the seat....who was said to be worth over six hundred tents of gold at some point.

Tiberius of Rome fame?  He was a guy from a Greek family....ending up as a Roman senator at some point, and got into funding his own infrastructure projects.  The Athens Stadium?  He built on his own.  The Corinth theater?  He built on his own.  The Delphi stadium?  Built by Tiberius to hold 6,500 locals and known for massive sports events and musical affairs of the day.  The Thermopylae Baths?  Well....Tiberius built them as a spa of sorts for locals and visitors.  The aqueduct at Canusium?  Yeah, funded by Tiberius.

Henry Ford?  The only reason for the massive upsurge of the US economy in the 1920s....is the introduction of the cheap working-man's automobile.  It wasn't so much the car....but the process of manufacturing that Ford changed.  Without his risks and motivation....most folks even into the late 1930s would have still be getting around either by foot, horse, wagon, or train.  The average American wouldn't have been able to buy his own vehicle until after WW II.

Evil capitalists at work?  Yeah.  But what's the alternate world?  We'd all live in urban areas without airports, interstates, or bridges.  We'd go without penicillin that is almost free today.  No one outside of Memphis would have ever heard of Elvis.  Star Trek, Star Gate, and Star Wars....would have all been written texts, and never delivered for movie audiences.  NFL football and the New York Yankees?  Non-existent without capitalism.  Space exploration?  Something to dream about without capitalist values.  Fancy fashions, Lady GaGa, glamorous Vegas hotels, and meth?  All non-existent without some element of capitalism and risk.

As much as some folks want to talk down evil capitalism.....lives are what they are today....only because of capitalism...some idiot from Greece, Rome, France, Germany, England, etc....did something that violated rules of common sense, and risked all for anticipated profit.

So I come to this suggestion for the redistribution enthusiasts.  I sit and listen to their argument daily from various US news media journalists.  It's a simple solution.

Want to redistribute money?  Fine....set the marker and standard, and then let the authority rest with each state.  If the Alabama redistribution rate is $12 billion a year....let them decide how they take it away from the wealthy in the state, and how they award it.  If they chose to spend the whole thing on roads and bridges....then fine....it's their own wealth.  They didn't take it from Texas or New York City.  If they chose to toss it into education....fine, let them have the best university system in America.

Across the fifty states....each would make their own decisions, and not some dimwit sitting in DC....leading an entire nation of voters around to take and squander their loot....acting as Robin Hood's of 2014.   If they fail....it's a local thing, and you can easily toss the guys out in a few weeks.  The need for some journalists to pretend to know better?  Well....we wouldn't have to worry about that problem.

I suspect the minute that the public got into this public and local decision....the talk would suddenly get quiet in DC.  The gimmick would have been figured out, and really screws up the big talk of a vast redistribution funnel run by only the wise guys of DC.  Some states might wise up and just say 'no'.....which would attract business and industry.  The loser states as industry vacated?  They might wake up and realize that the evil capitalists weren't as bad as they originally thought.
at Tuesday, February 04, 2014 No comments: