This will take a minute or two to explain....so bear with me.

The Administration has determined that farmers, ranchers and rural communities in America....aren't getting enough of the right help.  So, they are establishing regional "HUBS" to chiefly focus on.....climate change.

The key features of a "HUB"?  Well....they will be experts on risk adaption and climate change solutions.  You know.....stuff that you ought to do....to save the farm, the ranch, the cattle, the bean crop, the soybeans, the goats, the chickens, and even your marijuana crop.  Don't worry....they don't mention marijuana in their program, but if you kinda wink at the HUB-guy....and just say cash-green-crop....he'll know what you meant.

So you kinda sit there....thinking over this.  What they hint of....is that you need real advice on the risk of fire, fire ants, invasions of locusts (like those Bible days....don't you know), floods of Biblical or local expectations, and of course....droughts.

All of this would run under the Agricultural Department.

The locations?  Well....you can't have a HUB in every state.  Don't ask me why....they didn't want to get into details like that.  So it's kinda limited (Iowa North Carolina, New Hampshire, Colorado, Oklahoma, Oregon New Mexico).  Then they kinda mentioned "Sub-HUBs", which would be stationed out in Michigan, Puerto Rico and California. 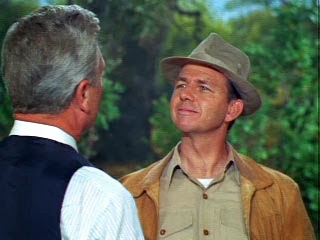 The difference between a HUB and sub-HUB?  Well...the agricultural guys didn't say....or couldn't precisely say.  Why not one HUB in every single state?  Well.....maybe there's not enough money for that, or not enough trained and capable climate and agriculture guys.

Where do you find these unique climate and agriculture folks?  Well....there just aren't such folks.  So if you walk into a HUB....you'd likely find a friendly receptionist and you state you got a hog farm, and you got worries about global warming.  She'd send you to Hank Kimball (model version 2014, instead of the 1970 version on Green Acres).

Modern-day Hank is a bit of a nerd, who graduated from Auburn....mostly studying bass fishing, NCAA football, French literature, and beer brewing.  Hank will say he's got a agriculture degree....but truthfully, it was mostly c-minus grades and memorizing the agricultural principles of Mennonites of the 1800s.

Hank listens to your tale of woe with hogs and climate change, and then says you could get a $9,000 loan from USDA folks if you just fill out these 45-pages of information.  You blink once or twice, and ask what the heck that does for your hogs and climate change.  Hank blinks back at you and says....well....nothing...but it's a free government loan.  You kinda look at the footnote of this page one and note that the government  can seize your farm if you don't make the eighty-eight payments on time.

My impression....these HUBS will be some government building rented by GSA, and there will be roughly a hundred folks in each one.  Figure a GS-15 ($100k salary), a couple of GS13's ($80k salary), and ninety folks in the $35k to $60k range, with recent degrees in climate studies mostly and no farming background.  Figure a government car for Chief Earl, and yearly meetings in Vegas for all the HUB VIP's to meet and discuss climate change.

The value of this?  Well.....after a month or two....they will realize that there's only three or four guys who come to visit them....mostly to get free coffee and chat NCAA football.  So, the HUB guys will branch out and start doing TV interviews with local stations.

You can imagine Channel Six out of Oklahoma City....getting this fired-up geeky climate change farm expert coming up and talking government climate change.  The reporter figures up six questions....then discovers that these are not acceptable, and the climate change guy gives him the "right" questions to ask.  So a three-minute session goes on, and all the locals watch this guy give a fairly bogus statement.  The station goes and asks for folks for opinions....but then discovers that they were mostly watching the reporter as she dipped slightly and showed more boob than usual.  Most viewers commented the bra was more lacey than normal, or things were overflowing.  You have to understand rural viewers, and their preoccupation of real things.

Where's this lead to?  A bunch of comical interviews between farmers/ranchers, and government dimwits.  In ten years....someone will ask if anyone ever benefited from this, and we will realize it was millions flushed down the toilet.

For me.....just trying to imagine a modern-day Hank Kimball of Green Acres fame....talking climate change, and global warming....would be a pleasure.
at Wednesday, February 05, 2014 No comments:

Years ago....reading Stars and Stripes daily....I got into Ann Landers and Dear Abby.  To be honest, I thought most of the letters were bogus, but that was my own personal estimation with people and one-star problems made into four-star problems.

So the years went by.  At some point, I finally commented to myself....I could write as good or better a response....than Landers or Abby.  Yeah, maybe that was overreaching a bit, and just a creative thought.

Here in this period of "retirement" (a period with nothing to do)....I've come to read over Yahoo Answers.  Basically, it's a national-forest situation of people with perceived four-star problems and asking for advice.  You pick out one of twenty odd areas (cars, history, medical issues, personal issues, family fights, perceived disagreements, etc).

You read the person's description, and then offer advice.  After five days....it's closed off, and votes are cast for best answers.  Then a winner from the answers is 'crowned'.  You get points off this crown, and get points for any response....even stupid responses.

After two months of this....I've made a fair number of points, and usually fifty percent of the time.....I am crowned best answer.  It's a fair trend, I admit.

The thing is.....almost all of these....I perceive as one-star problems that folks got all wrapped around the axle with.  Some folks have zero perception, no common sense, lack of vision, or false beliefs in their issue.  Since that start of reading Dear Abby in 1978.....I'm mostly back at the same point.....a bunch of folks with pretty lame problems but they just can't find solutions.

The sad thing?  It's become a hobby now to survey these for thirty minutes out of the day.  Yeah, I probably need a job, or a mail route, or some cattle operation.
at Wednesday, February 05, 2014 No comments: