Just Something I Noted Today 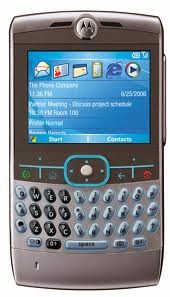 Today, I had to travel by bus from my village into Wiesbaden, and later in the day....return.

Oddly enough, I stood there on the return....behind some German (maybe 30-ish in age), with a oversized purse.

At some point.....she pulls out a Blackberry and starts to dictate a text message.

About a minute into this.....she reacts to something, and then pulls out this old style Nokia cellphone (yeah, something from seven to ten years ago).....answering a call.

With one hand handling the Nokia cellphone....she kept right on texting with the Blackberry.

When she finished the phone call.....she then pulls out a regular new fashion smartphone, and checks something on it.

I tried to imagine the scenario to which you would tote three such phones.

The old Nokia for regular calls?  Maybe the Blackberry for emails only.  And maybe the smartphone for the browsing.

Just a oddball gal?  Well.....yeah, I considered that idea too.  Germans can be fairly odd....you know.

How many folks tote three such phones?  That would be a curious question to ask. 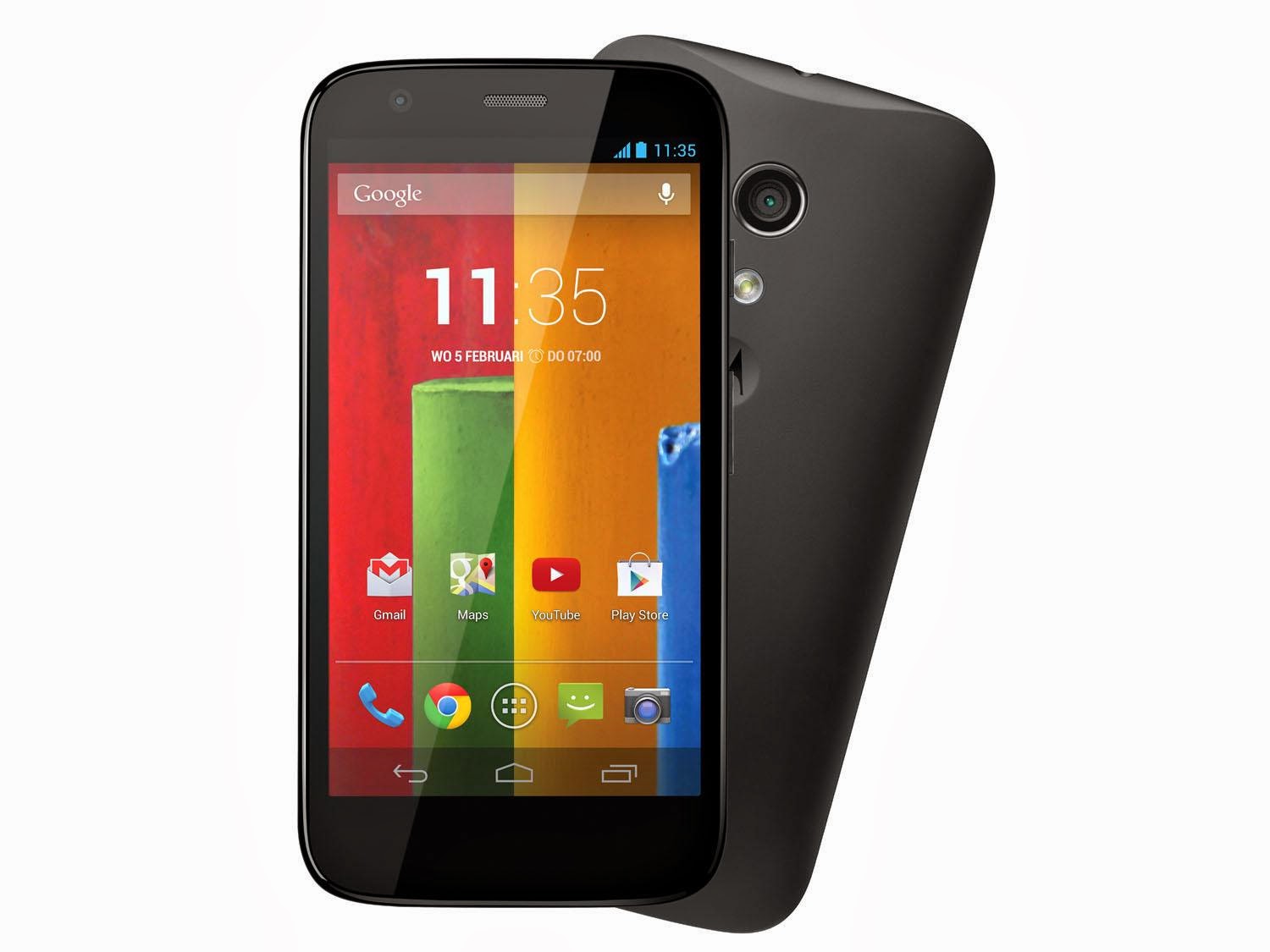 Then you have to charge them on a continual basis....which means you sit and monitor each one and how each runs out on a different schedule.

And the odds that some new trend will start in a year, and a fourth will be added?  Well....yeah, it could happen.

Once every ten years, there's a Census....and the eventual result is this big listing of who lives where.  Some places are stagnant.  Some grow.  Some shrink.

What typically arises about three years after the wrap-up of the Census....is the redrawing of lines in the state for district purposes.  Most folks don't realize it....but the state election prior to the Census year....is awful important because it lays out the bosses of the redistrict map effort.  More Democrats on the win?  They lead the drawing effort.  More Republicans....well....you know the story.

Typically, newspapers suddenly rise up in this third and fourth year.....and absolutely shocked that the map has been redrawn....especially if it's the Republicans doing the drawing.  Course, they rarely ever go back and tell the story of 1980, 1990, or 2000.

In recent years, in major urban areas....there's been this fear of urban flight.  This kinda means that folks used to live in some region, and because of infrastructure, job relocation, or crime....they've moved.  The big-plus that some analyst wrote up ten years ago....that helped one party solidify a district for their vote?

Well....ten years later, it could be a dismal story as an entire new neighborhood of two hundred houses were to be built at the end of some district....all wealthy white high-pay folks.....who typically are Republicans.  Then you discover that the whole upscale building agenda for nine different developments got it all wrong, and half the houses are empty.  Suddenly, the Republican plus-up that folks had expected.....just isn't there.

Some guys wake up and are kinda shocked.....their neighborhood of one hundred houses got pushed over to district seven (from district six), and they have a new place to vote from, and an entirely new representative who cover their area.

Democracy is a silly game.  Some folks win.  Some lose.  Some get pushed around.  Some sit and ask stupid questions.  Some folks are shocked that the Census counted sixty people in their apartment building but they've never known more than forty actually residing there.  Stuff happens.

Will the evil Democrats retaliate by 2023?  Yes. Or the evil Republicans.  Does the voter ID thing figure into this?  Yes.  If you needed a bunch of folks to show up in 2018.....it doesn't matter if they are real Americans or fake Americans....they just need to register and vote.  Or you need to use the voter ID thing to limit this fake stuff.  Kinda sad in a way....this much in terms of tricks....to make democracy work or fail.
at Monday, March 31, 2014 No comments:

The Topic of Pestilence

I noted this weekend....that the word PESTILENCE got thrown around a good bit.  It was a UN report of sorts....supposed to be coming out over global warming and climate change, and noting how the terrible pestilence along with drought, terrible weather and starvation were coming.

I sat there for a minute....pestilence.  It's an odd word that I can remember as a kid....usually associated with the Baptists and revivals.  It got brought up with Moses and some folks who ran into bad times, and pestilence was something you needed to pray for extra help to get through (so I was told).

If you walked up to a thousand folks and asked them what pestilence meant....I doubt if you found more than seven of the thousand who would give a fairly accurate answer.  It generally means....a contagious disease of an extreme variety (you usually die from it).  Yeah, the plague would be a good example.

Some folks would sit there and say that pestilence was a Dutch heavy-metal group (they'd be right too).  Some would say it was a Marvel Comics bad guy....they'd be right too.  Some might say it was a Mexican food dish that has a number of hot peppers in it....they'd be wrong. In World of Warcraft, it's a maneuver to disable numerous attackers and get yourself out of a bad mess....they are sorta right about it.

Pestilence got thrown around a good bit in the period between 1300 and 1700.  After London burned down in 1666, and folks learned some sanitary habits throughout Europe....pestilence kinda went into a lesser mode and folks don't bring it up much.  Other than the Baptists mentioning it, and a couple of times with Louisiana Tech history professors.....I haven't heard it thrown around much in the news media or public forums.

So, why use it now for climate change?  Basically, you hint that the plague will come back and millions will die via the plague.....and your abuse of the climate situation.

Some truths about the plague?  Well....the last big occasion that it came around London (1665-1666).....folks began to realize that the various toxic medicines, balms, elixirs,  salves and tonics....were part of what killed folks (instead of the plague itself).

So, let's say for statistical thinking....you got one hundred guys laying in gym area with the plague.  You offer up general nurse efforts (say five or six per shift), you offer water and liquid replenishment, and you offer some food along the way.   Let's say for the sake of argument that all one hundred were in fair health....no cancer episode, no HIV, and no gunshot wounds or animal bites to contend with.  Well...the odds are pretty much in favor of the vast majority surviving the plague (maybe even eighty to ninety percent).  Scientist and doctors will debate this....but you can find various cases of people surviving in 1665, and you eventually have to study more of history to grasp other factors in the mess.

I look back over to the climate guys.  How much history did they take in college?  One class?  Maybe two.  Any real knowledge of the plague in London?

Should we worry about pestilence?  Well....on the list of 1,000 things that you tend to worry about daily (losing your hair, your dog running away, your wife screwing up the dinner, your husband running off with the FEDEX lady, and your neighbor taking up nude sunbathing (she's sixty-eight)....this pestilence thing might rate near problem number 887.  Note, I put meteors hitting the Earth at 886, tidal waves hitting San Francisco at 885, and Dunkin Donuts shifting to diet-low-cal items at 884.

I know.  Pestilence sounds pretty harsh and drastic.  It has Biblical notations tied to it.  Luke tied to get folks all peppy with threats of the Earth shaking and pestilence arriving.  It should be noted....that the nineteen times that pestilence gets brought up....eighteen of those times, it's in the old testament, which tended to be the more threatening text of the Bible.  Luke just said....some bad things will come....all signs from heaven.  If I were a true believer....I'd tend to think the climate guys are noting God's hands are at work, and the end of times are part of climate change.  Course, the climate guys would shake their heads and say that was pretty foolish, and they just meant for you to worry about pestilence in general.