A Product of A Questionable Nature 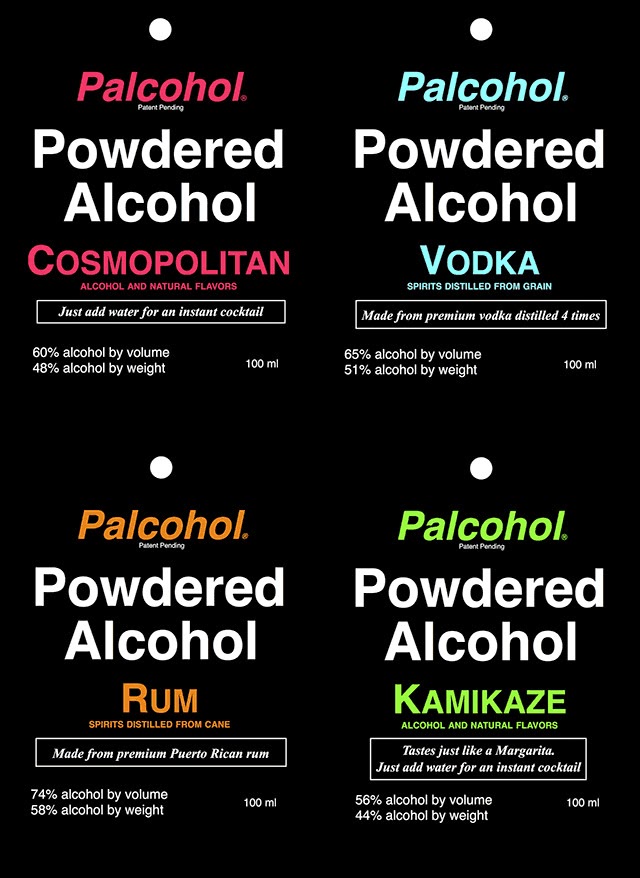 So, you walk into a Piggly Wiggly or gas station...after work, and note that they've got a new product up in the alcohol or booze area.  Powdered alcohol.  Yep, a small package.....kinda like kool-aide packets.

There's a vodka version....a cosmopolitan version....a rum version and a kamikaze version.  There's talk of dozens more coming in the future.  All approved by the US government to sell.

So you buy two or three....walk into the parking lot, and rip open package one.  Toss the contents back....sip some water.  Wait a minute, then open package two, and toss back a second one.  The effect will hit in four minutes.  Maybe a third?  Yeah.

High school kids will find some janitor who will buy these in bulk and sell to them for buck over what he bought them for.  The anticipated cost?  Unknown....they simply have permission to market them and sell them.  Most folks are thinking it'll be October....football season....before you see this actively sold.

It creates a problem for bars which used to sell diluted drinks.  Now?  You just walk in and ask for a bottle of water.  The fact that you paid $6 for a three-quarter's booze drink in the old days....will drive lots of folks to get into this deal.

What happens down the road?  I'm guessing some smart engineers will down in the basement.....figure the method, and then start to do their version of the packages.  Within five years....folks will market their stuff locally, and beat the prices by this company by fifty percent.

A bad thing for society?  Well....yeah.  It simplifies the delivery vehicle for booze.  A packet alcoholic?  I could see some gal standing there with twelve in her purse, and doing one of these every thirty minutes.  You could stay loose and drunk for most of the day.